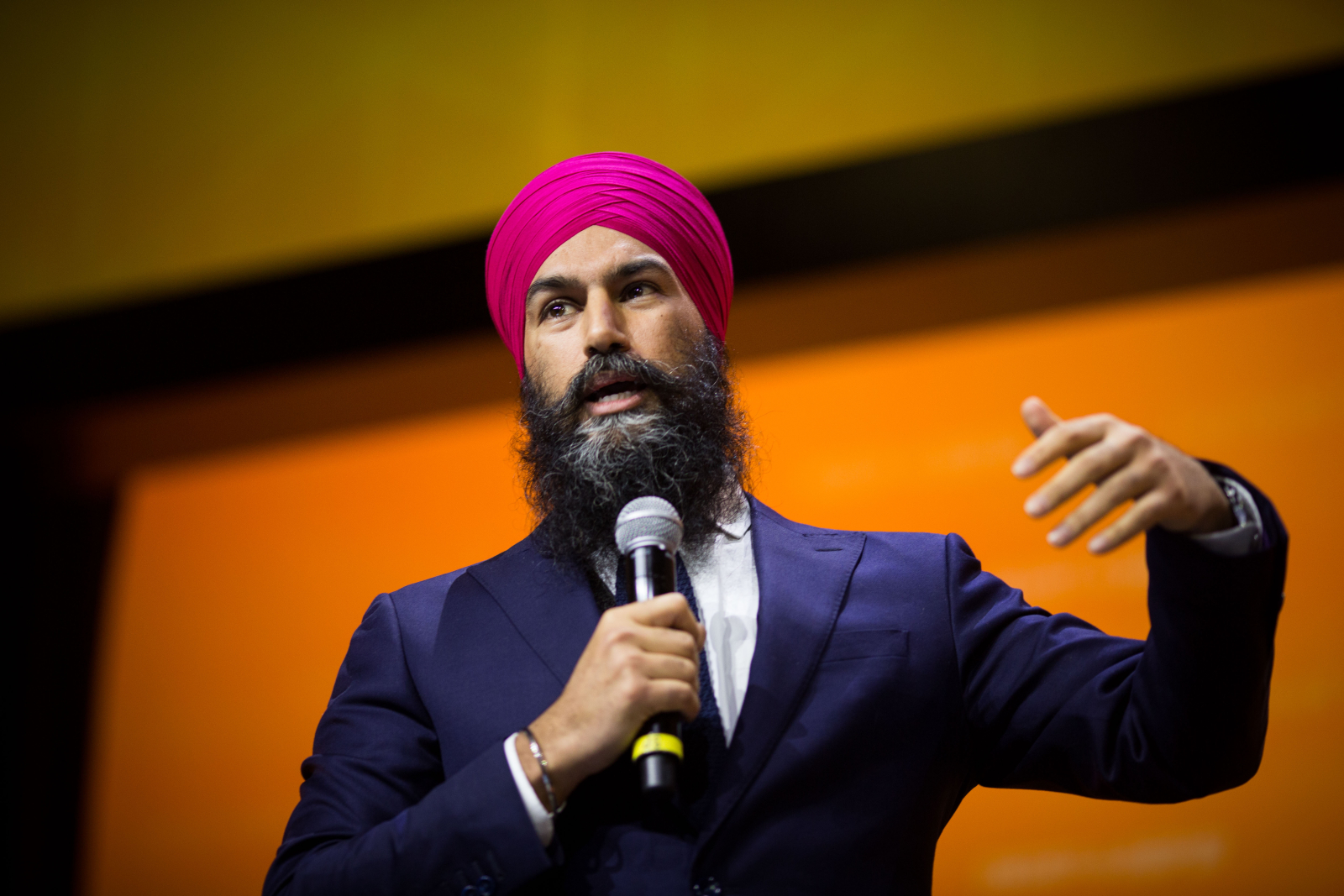 Jagmeet Singh steered clear of oil, pipelines, or energy development as he addressed hundreds of NDP delegates at a national convention in Ottawa on Saturday, avoiding a tumultuous debate among his fellow New Democrats.

Rather, in a speech punctuated often by delegates standing to applaud and cheer “NDP” or “Jagmeet Singh,” the federal NDP leader focused first on his policies for taking on economic inequality, then on racism and intolerance.

The speech comes as Singh faces criticism for showing weak leadership on an issue that has divided New Democrats in Alberta and British Columbia.

"This is not leadership," said Saskatchewan Premier Scott Moe on Twitter as he shared a news article that indicated Singh wasn't taking sides on the pipeline battle.

Singh has previously spoken out against how the Trudeau government is managing the Trans Mountain project. He has also said he was opposed to the project.

But his speech focused on other issues.

He talked about meeting with the family of Colten Boushie earlier this week, reconciliation with Indigenous peoples, and the responsibility of confronting racism and intolerance, particularly in the year after a deadly shooting at a mosque in Quebec.

He also raised a series of commitments, including new approaches to tax systems so they no longer benefit “the ultra-rich,” investing in affordable housing and high-speed internet to increase access for rural communities, and bringing in universal pharmacare and access to dental care.

Singh called environment and climate change, "a massive issue of our generation, that we can do something about ... now. ..."

"When this government talks about reducing emissions and doesn’t, it lets people down who want to see better."

Singh’s silence on the matter of the $7.4-billion Kinder Morgan Trans Mountain oilsands pipeline doesn’t mean an ongoing dispute between two NDP premiers in Alberta and British Columbia wasn’t hanging at the edges of the weekend-long meetings.

High-profile NDP members were reported to have called on the federal party to officially oppose the pipeline, which was approved by Prime Minister Justin Trudeau’s government on Nov. 29, 2016.

No resolution to oppose the pipeline had made it to the NDP convention floor by Saturday, but opposition to it snuck into environmental debates Friday night.