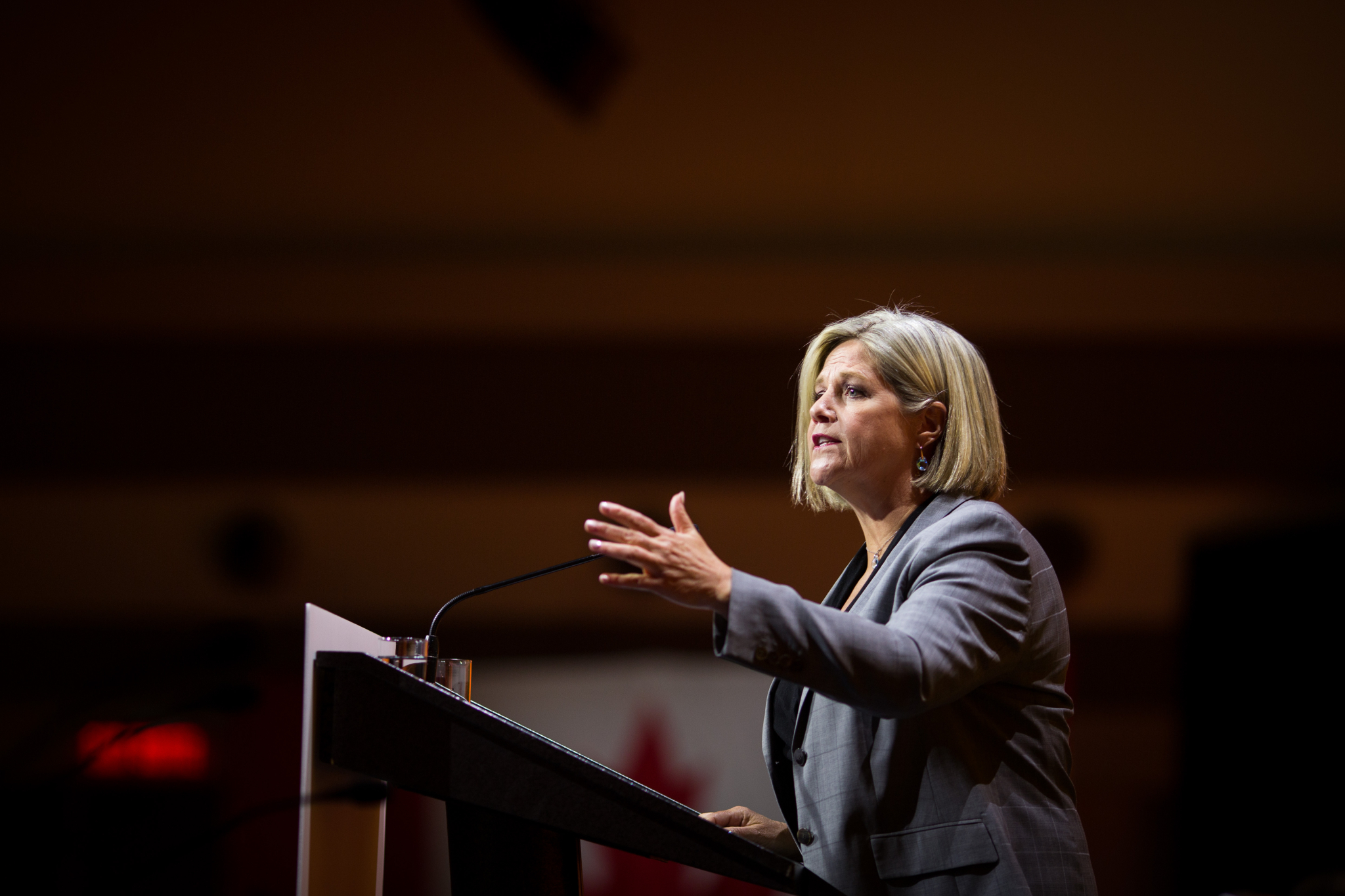 Ontario NDP leader Andrea Horwath said Saturday it makes no difference who leads the province's Progressive Conservative party, even if former leader Patrick Brown is back in the race.

“The Conservative race for leadership is their business and they’re going to do what they’re going to do. I can tell you though that it’s pretty disturbing to have watched some of their leadership race and see that it’s all about the race to the bottom, what more to cut, what more to privatize, and so as I said in my speech, whether it’s (Doug) Ford or (Caroline) Mulroney or Mr. Brown leading that party, that’s not what Ontario needs,” Horwath told reporters after delivering a speech to delegates at a national NDP convention in downtown Ottawa.

Ontario NDP in the race

Ontarians are expected to go to the polls later this year. Despite an ongoing leadership race that had so far seen Christine Elliott, Tanya Granic Allen, Ford and Mulroney competing, the provincial election has still been viewed as a match between the leaderless Conservatives and Kathleen Wynne's Liberals.

But Horwath came to the convention with the message that voters have an NDP option.

Her speech to delegates took up big pieces of her party's election platform, including making Hydro One public, a universal $15-an-hour minimum wage, requiring that "polluters pay the biggest price," and introducing universal pharmacare that would make access to prescription medication free for everyone.

What would Horwath do?

"I think it’s an interesting discussion that those two premiers are, shall I say, engaged in," Horwath told reporters.

"However, what I’m concerned about for Ontario is when we look at any kind of project, whether it’s to do with oil or any other resource, that we’re always looking at the impacts on the environment. So we’ve made commitments in the past ourselves, and we’ll continue to do so, that should these kinds of decisions come to our table that we would ensure that Ontario takes on its own full environmental assessment process so that we can be assured that the interests of Ontarians are protected."

The Alberta-B.C. dispute centres on the Horgan government's plan to review the potential environmental fall-out of the Kinder Morgan Trans Mountain pipeline expansion, despite its approval by the federal government.

Editor's note: Cutline information for a photograph taken during the Manning Networking Conference was corrected at 11:22 a.m. EST on Feb. 18, 2018.