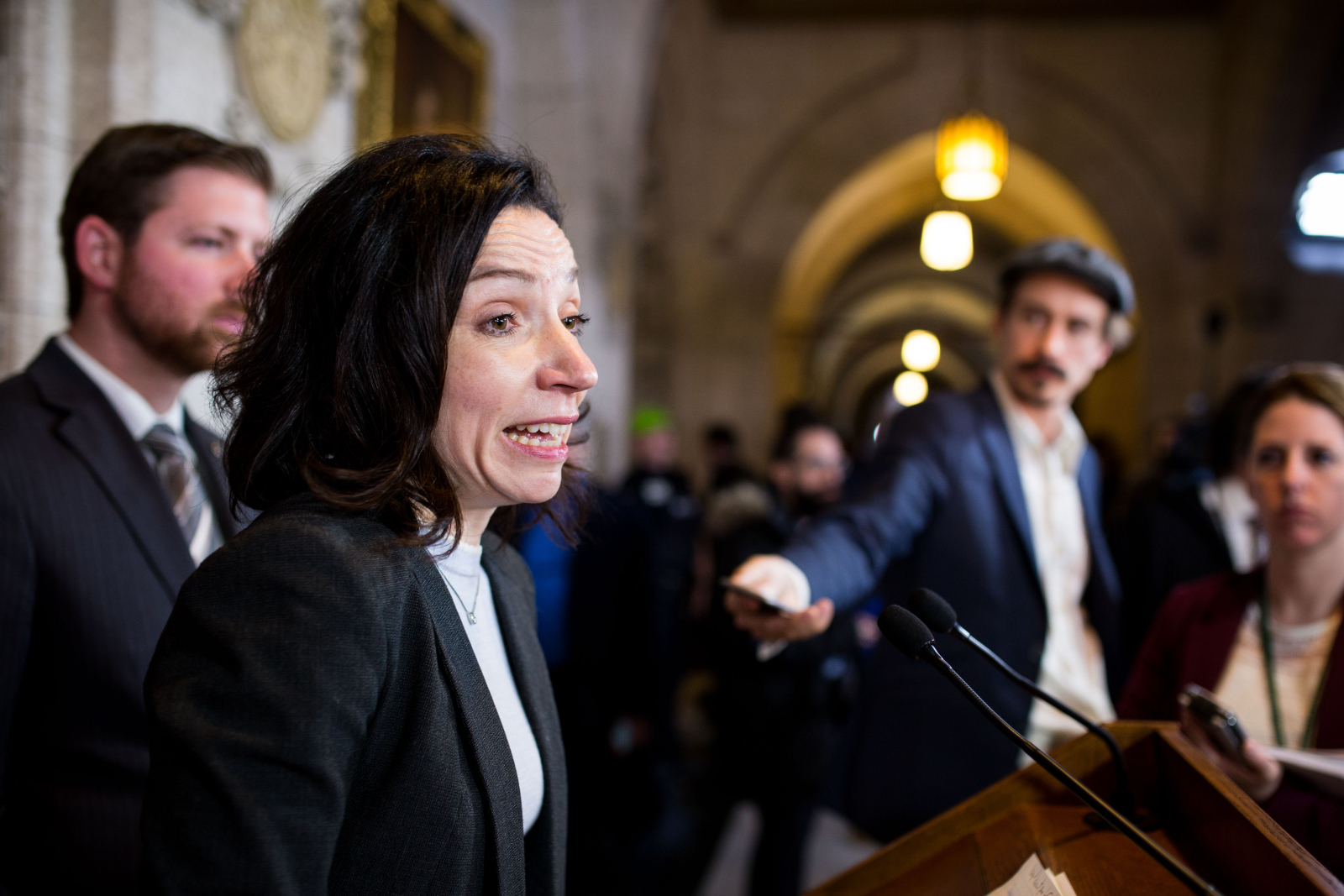 The Bloc Québécois has lost more than half of its representatives in Parliament, as seven of its 10 MPs quit the party in a surprise announcement Wednesday morning.

The aggravated MPs cited differences with Bloc leader Martine Ouellet that are "too large to consider the possibility of any kind of cease-fire" as the reason for their departure, announced after a caucus meeting in Ottawa. The politicians have confirmed they will form a separate Parliamentary group, sitting as Independents in the House of Commons.

"The crisis that is shaking up the Bloc Québécois is detrimental both to the party itself as well as the sovereignist movement," said a Wednesday press statement, sent on behalf of the seven MPs. "The perception that advocates for independence are always fighting amongst themselves, more concerned about promoting a political option instead of the interests of Quebecers themselves can only aid the cause of federalism."

The departures are a crushing blow to a party that formed the official Opposition under Lucien Bouchard in 1993. Gilles Duceppe then took over the reins of the party and led it in five consecutive elections in which it won at least half of the seats in Quebec.

The MPs said Ouellet's "new direction" for the party undermines Quebec's sovereign interests. While the party squabbles internally about the province's independence, they argued, the interests of their constituents are not being defended.

"We are in Ottawa because we refuse to allow Quebec’s interests to be undermined by those of Canada, we will never abandon Quebec’s interests for anything," said the statement. "And this is why we have an obligation, in order to serve the Quebec population to the best of our abilities to quit the Bloc Québécois caucus today.

"We are convinced that Quebec will be a country (and we are still working to achieve this) and until then, Quebecers deserve to have politicians elected in Ottawa with one priority: to stand up for Quebec."

Ouellet, a former Parti Québécois cabinet minister, was elected leader of the Bloc in May last year after no candidate emerged to oppose her. She finished third in the last PQ leadership race in 2016, where she was the only candidate who promised to hold a sovereignty referendum in a first mandate if elected premier.

"We are convinced that Quebec will be a country... and until then, Quebecers deserve to have politicians elected in Ottawa with one priority: to stand up for Quebec," they said.

Speaking with reporters in Ottawa on Wednesday, she said the party will "continue to do its work," despite the the flurry of resignations.