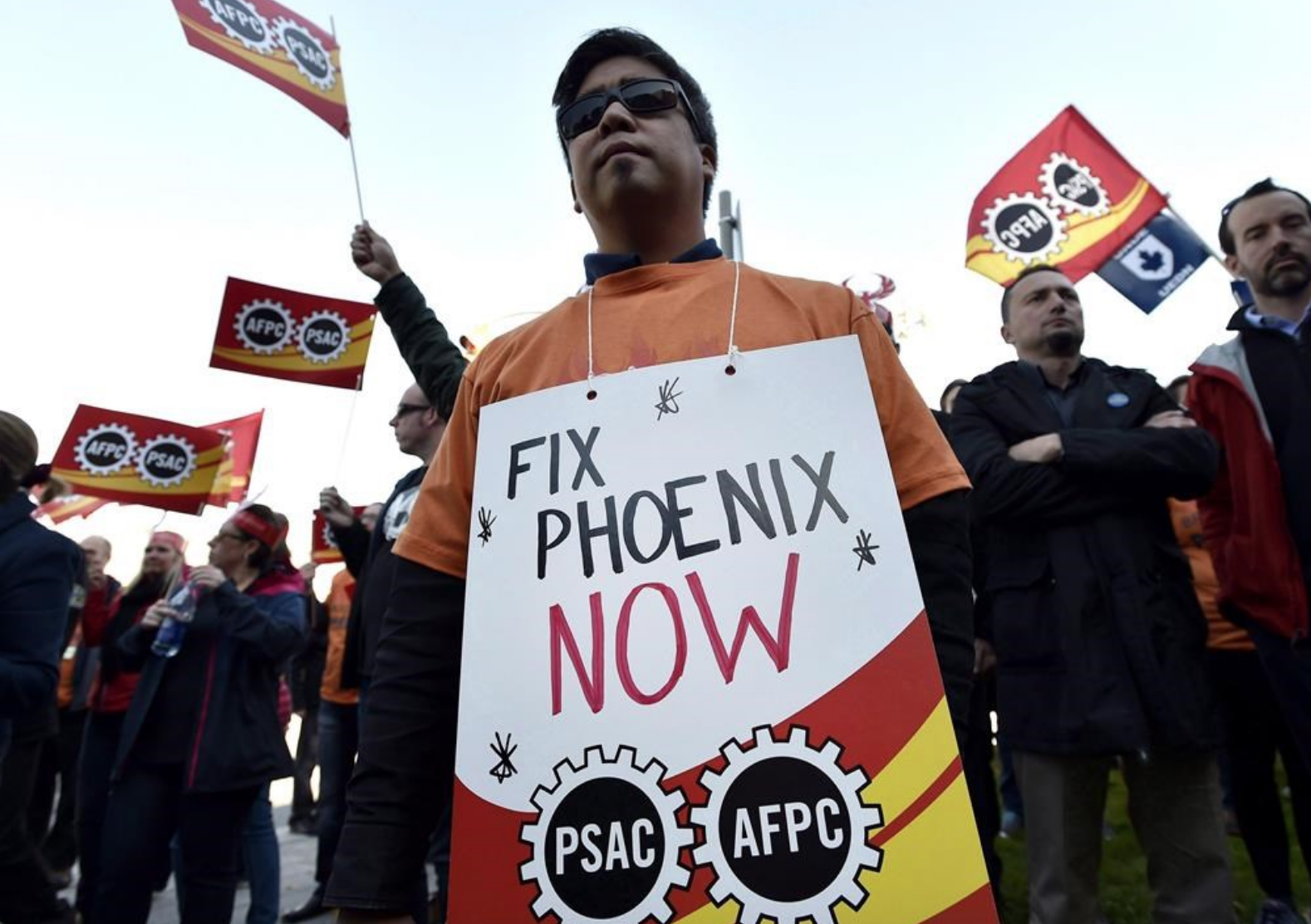 Public servants protest over problems with the Phoenix pay system outside the Office of the Prime Minister and Privy Council in Ottawa on Oct. 12, 2017. File photo by The Canadian Press
Previous story
Next story

The federal government will no longer try to recover money overpaid to its employees until all of their outstanding pay issues have been resolved, officials confirmed Tuesday.

Under an agreement reached with civil service unions last weekend, collection of overpayments or emergency salary advances will be halted until employees' individual pay disputes have been resolved — and their paycheques are correct for at least six weeks.

However, the Treasury Board Secretariat indicated final details of the agreement had not been completed.

"The Government will work with bargaining agents over the coming weeks to finalize details of how these new recovery processes will work and what steps employees may need to take to establish a repayment plan," a Treasury Board spokesman told The Canadian Press.

But under the arrangement, the government also won't act to recover so-called priority payments until pay files have been cleared of all outstanding transactions, the Public Service Alliance of Canada said.

Tens of thousands of civil servants have been underpaid, overpaid or not paid at all for long periods over the past two years as a result of problems created by the Phoenix system, which was supposed to streamline pay systems across dozens of federal departments.

Many of those who received overpayments, however, have also been underpaid or faced other problems with their paycheques.

Under a new government directive, employees must be notified in writing when overpayments are discovered, but recovery of the money should only begin after all monies owed to the employee has been paid out, government workers experience three stable pay periods and employees agree to a reasonable payment plan.

"Many of our members who received overpayments have also been underpaid, are missing entitlements, or are owed retro pay from the collective agreements signed last year," PSAC national president Robyn Benson said in a statement.

"Thanks to the hard work of our members and our union, the government is finally listening."

Some civil servants remained skeptical, however, saying they've been told before that they'd be notified in writing before overpayments are recovered, only to have large amounts deducted from their paycheques, seemingly at random, with the government frequently clawing back more money than was overpaid.

But more power to decide how to proceed with overpayment recoveries is now being put into the hands of civil servants, said Treasury Board spokesman Martin Potvin.

"Employees who are in an overpayment situation will be notified and will be given multiple options to repay the government," he said in an email.

"They will be provided all reasonable discretion in determining their repayment schedule."

The government's latest budget promised $16 million over two years to aid in the search for a replacement of the trouble-plagued Phoenix pay system.

In addition, it also earmarked more than $400 million to deal with the backlog of pay problem case files that have accumulated since Phoenix was brought online two years ago, bringing the total allocated to the pay project so far to nearly $1 billion.

When the new pay system was initially approved, the previous Conservative government estimated it would save taxpayers about $70 million annually.