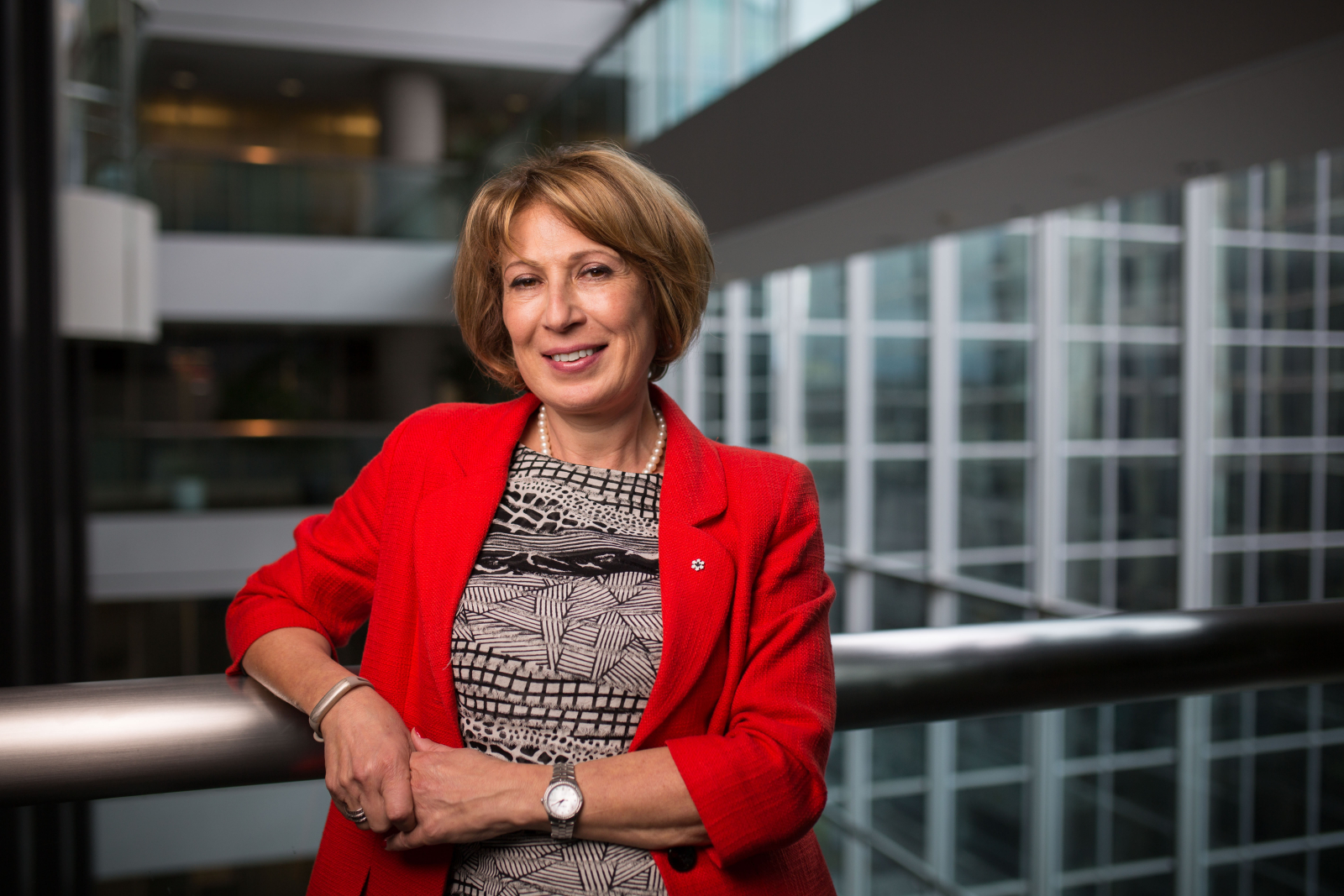 Mona Nemer unveiled details of the plan on Wednesday. It will allow for an independent panel of up to 10 experts to review and provide advice to the government on what would be "the appropriate use of scientific evidence in decisions concerning aquaculture." The panel, chaired by Nemer, would also advise Federal Fisheries and Oceans Minister Dominic LeBlanc on "the transparent and effective public communication of the underlying scientific evidence and rationale for policy and regulatory decisions related to impacts on the marine environment."

The new review comes after the federal Fisheries and Oceans Department served up an ambiguous assessment of the risks of a virus looming near British Columbia's Fraser River sockeye salmon. B.C. Environment Minister George Heyman also previously announced that his government had launched a review that would crack down on contaminated discharges into the water from salmon processing plants.

Nemer said in a message posted on her Twitter account that she was launching the probe in response to a request from the federal government.

I was recently asked by the government to lead an independent expert panel on aquaculture science. We have now finalized the terms of reference, and they are available here: https://t.co/D7chLPK6zS

Fish farms allow local producers to manage fish for consumption in a contained area of water that is not supposed to allow any of the farmed animals to escape into the wild. A study released last December concluded that wild salmon exposed to open-net fish farms were more likely to contract the piscine reovirus, the CBC reported.

In 2009, the steady decline of the Fraser River sockeye stirred the federal government to launch the most comprehensive inquiry into Pacific salmon stock management ever conducted. Three years later, the $36-million Cohen Commission produced 75 recommendations to help replenish local salmon runs, one of which included the suspension of new net-pen salmon farming in the Discovery Islands until 2020, to give the sockeye some recovery time.

Nemer announced that the federal fisheries department would be expected to cooperate with her panel's new probe, by providing all required evidence and background, setting up meetings and offering other services and support as needed. The members of the panel, who have not yet been named, would also be required to keep their deliberations confidential and avoid any conflicts of interest.

Nemer's new panel is expected to submit a draft report to cabinet by July 1 and then a final report by September 1, 2018.

Thank you for this ! Please

Thank you for this ! Please take the time to involve the harassed and exhausted critics who have pointed out the dangers of open net salmon feedlots (not farms in any sense). The DFO and BC Provincial Vet have demonstrated time and again that they are unwilling to address the problems of disease, pests, and contamination from chemicals and drugs. Meanwhile in Norway, the trade council Norsk Industri has announced that they are not economically feasible so future developments will all be closed containment. In Canada this announcement seems to have been ignored. Critics have been labeled foreign-funded activists, which is hilarious when compared with the ownership of the industry (One of the three biggest holders of Marin Harvest shares is a Cyprus-based "investment firm" with a Norwegian name, another of the three is Black Rock Hedge Funds, based in the Eastern U.S. ). PLEASE listen to the real non-political citizens and scientists who are trying to protect what is left of B.C. marine ecosystem....

Like scores (hundreds?) of volunteers who have worked tirelessly to enhance salmon habitat and rear wild salmonids in small hatcheries up and down the BC coast, I have been dumbfounded by the reticence of DFO to regulate and inspect the salmon "feedlots" (cf Jack Macki) in BC. Streamkeepers must jump through stringent hoops to work on fish-bearing streams while these feedlots disseminate pesticides and pollution out into the open oceans on migration routes. I am biting my tongue! Minister, please keep an open mind!

By Elizabeth McSheffrey | News | December 21st 2017
State Of The Animal