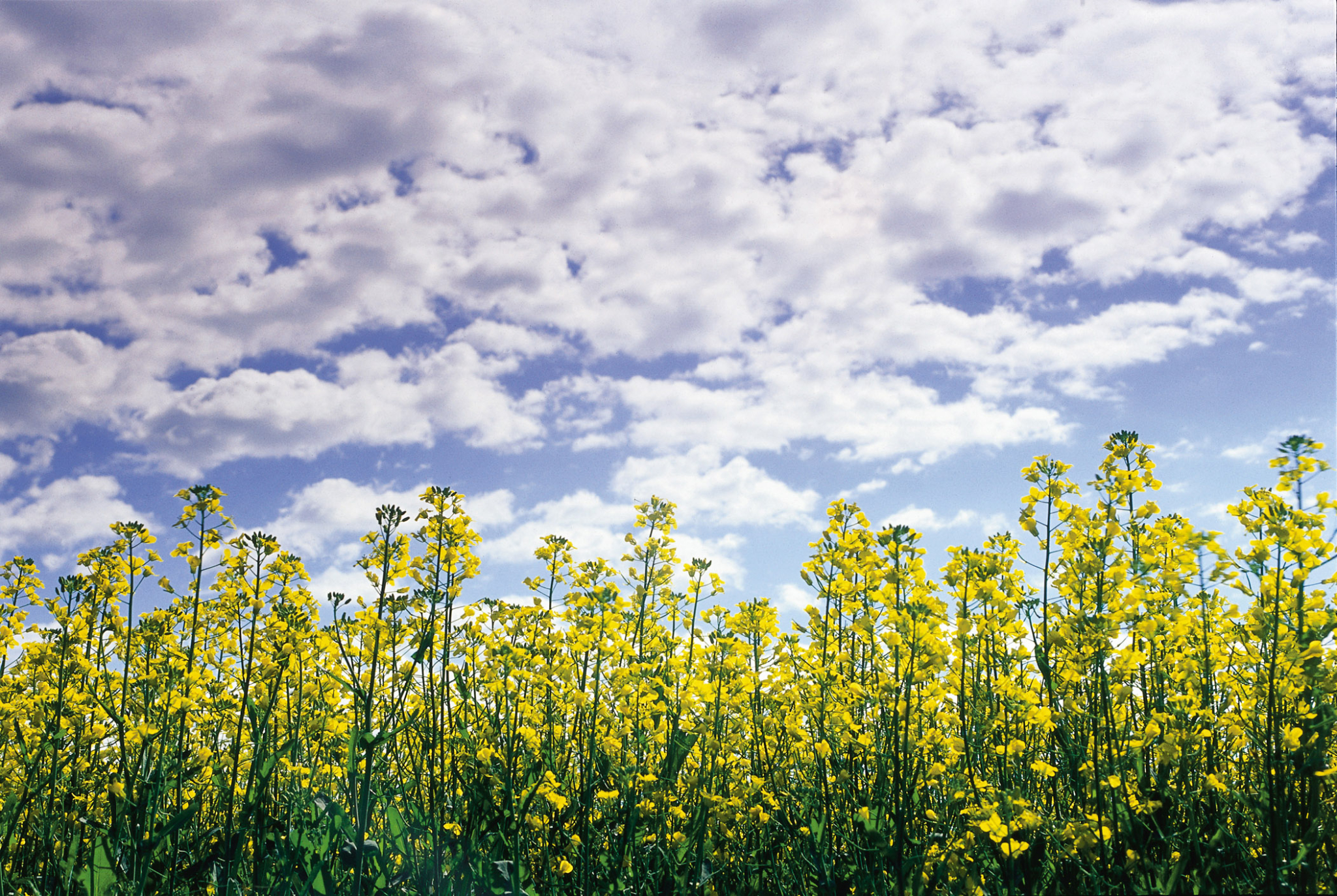 Canola field in Canada. File photo by the Canola Council of Canada
Previous story
Next story

Canada is omitting a major source of pollution from its calculations of impacts of a key climate change policy, according to a federal document. The methodology is putting Canada at odds with policies adopted by both the United States and California.

The complex calculations tackle the carbon footprint of the worldwide expansion of biofuels crops. The biofuels industry uses agricultural products such as corn as well as other organic waste to convert into fuel that can be used in motorized vehicles. Canada's calculations appear to be omitting the impact of landscape changes required to grow the crops, such as deforestation, which can pump more carbon pollution into the atmosphere.

Environment and Climate Change Canada (ECCC) decided to “initially” rule out the calculations, known as “indirect land-use change,” in a December 2017 document that lays the groundwork for Canada’s upcoming clean fuel standard. Land-use changes are one of the key drivers of climate change, according to recent assessments of peer-reviewed science by the Intergovernmental Panel on Climate Change.

The federal department in Canada said it would revisit the issue at a later date.

The fuel standard will promote low-carbon fuels over fossil fuels for transportation, industrial and building sectors. It is the largest single policy in the Trudeau government’s climate change plan, expected to reduce greenhouse gas emissions 30 million tonnes a year by 2030.

That is more than the government expects to save from either its methane regulations, or its coal phase-out, and second only to the broad reductions expected under carbon pricing.

Many scientists and environmental groups say it is unrealistic to measure the carbon intensity of biofuels without also measuring how the use of crops like corn or canola for fuel, instead of food, might be causing the conversion of land elsewhere in the world to agriculture to compensate for the drop in food crops.

That “indirect” conversion may result in environmentally destructive behaviour like cutting down forests or digging up grasslands, they say. These activities release large stores of carbon into the atmosphere, which may partially or fully negate the emissions savings that biofuels are supposed to offer.

The U.S. Environmental Protection Agency and the California Air Resources Board both include indirect emissions in their fuel standards. The International Council on Clean Transportation, a non-profit with offices in the U.S. and Berlin that exposed the Volkswagen emissions scandal, is firmly behind adding indirect emissions to Canada's fuel standard.

In Canada, however, the issue has led to months of debate inside the department’s various consultative bodies. Critics have pointed to inconsistencies in methodology: the European Union, often an important source of global standards, did not originally address the issue in its 2009 renewable energy directive, although it introduced new rules in 2015 to "reduce the risk."

Scientists also note that indirect emissions are something that can’t be directly measured, due to the international market forces involved in determining whether new cropland is actually created. Ultimately, Ottawa decided to back off including the measurement, at least initially.

“There is currently no international consensus on the methods and models to calculate indirect greenhouse gas emissions; therefore, the proposed Clean Fuel Standard is not planning to include consideration for these indirect emissions at this time,” explained ECCC spokeswoman Gabrielle Lamontagne, in an email.

“ECCC will re-examine this issue as international consensus on this subject advances, and may make updates to the emissions calculations to reflect indirect greenhouse gas emissions at a future time.”

Dozens of comments sent to ECCC

Canada's fuel standard will include gasoline, diesel and jet fuel, but also non-transportation fuels like natural gas and certain types of coal. The December “regulatory framework” lays out the conditions for a draft regulation, expected later in 2018, which will be followed by the final regulation in 2019.

ECCC received over 125 comments on the clean fuel standard discussion paper it published last year, Lamontagne said. Of those who weighed in on the subject of indirect land-use change, the debate divided almost evenly: 18 were in favour of including it in the standard, while 21 were against.

The government got another round of feedback after it published the December framework. Out of 42 comments received then, three supported that decision while five did not, said Lamontagne.

The government’s “multi-stakeholder consultative committee” and “technical working group” continue to meet on the fuel standard, with meetings so far this year on Jan. 18 and 19, Feb. 16, and March 27 and 28.

The ICCT considers the lack of indirect emissions a “design flaw” in Canada’s biofuels policy. The group calculated that expected pollution savings would be cut in half when indirect emissions are included — a loss it said would wipe out expected savings in another category, vehicle efficiency.

“The clean fuel standard has the potential to deliver strong greenhouse gas savings, but only if it accounts for (indirect emissions),” said Stephanie Searle, ICCT’s fuels program lead, in an interview. “If it doesn’t, it’s very clear that the policy will fall far short of its climate goals.”

An April 25, 2017 joint submission to government by environmental groups the Pembina Institute, Environmental Defence Canada, Equiterre and the Conservation Council of New Brunswick similarly argued that ignoring the emissions associated with land diversion is “inappropriate and contrary to the stated objective of the policy.”

Renewable Industries Canada, which represents ethanol and biodiesel producers, called indirect emissions a “hypothesis” that is “not supported by real world evidence.”

“We continue to believe that ECCC should uphold its decision to not include (indirect emissions) as part of the clean fuel standard, and consultations should focus on the significant and essential regulatory choices identified in the framework,” said Alison Matthews, executive director of Renewable Industries Canada, in an email.

The Canola Council of Canada has also argued that indirect emissions should not be included “until a consensus has been reached on a measurement approach.” Brian Innes, vice president of public affairs, pointed to “hard-to-model global markets” as making consensus on methodology difficult.

“Crop agriculture in Canada is different than the European Union and the United States where most (indirect emissions) modelling has been done,” said Innes in an email. “Hastily adding in (indirect emissions) to the clean fuel standard will introduce regulatory risk and stall low carbon fuel development.”

Jeremy Moorhouse, a senior analyst at Clean Energy Canada, which supports including indirect emissions in the fuel standard, said the policy as it stands would still achieve “significant” reductions, although he said he couldn’t say to what degree.

Indirect emissions are just one element of many still being discussed in government consultations on the fuel standard, he added, and there was still time to include it down the road. “The federal government made the decision to basically punt that decision until later...there’s still time to put that in,” he said in an interview.

Searle of the ICCT agreed that different modeling teams have come up with different estimates about indirect emissions.

But she said while scientists and regulatory bodies debate how to deal with it, they don’t suggest ignoring it entirely. Doing so, even for a while, risked political backlash, which she argued Europe faced after its initial decision.

“The Europe example shows that kicking the can, waiting until later to deal with the problem, can really backfire and make it a lot harder to implement the policy,” she said.

Why not just leave these as

Why not just leave these as foods and save the trouble. There are far better ways the reduce GHG'S....for starters reducing energy demand and conservation, followed by solar, wind, geothermal, tidal etc energy supply.

The federal government doesn't want to include those emissions, because Trudeau knows that it is already impossible for Canada to reach its reductions emissions target. Other types of emissions have also been removed from "Canada's Annual Report on GHG Emissions".
For example, GHG emissions from "natural disturbances" (e.g. wildfires, insect infestations such as the mountain pine beetle) in Canada's managed forests (around 65% of Canada's total forest area) had to be accounted under the 1st commitment period of the Kyoto Protocol; but as forests were becoming a "source" of emissions instead of a "sink", Canada asked to be exempt.
"In a spring 2012 submission to the UNFCCC, Canada, along with a number of other countries, stated its intent to include the LULUCF sector in its accounting of GHG emissions towards its 2020 target, noting that emissions and related removals resulting from 'natural disturbances' would be excluded from the accounting."
(source: http://ec.gc.ca/ges-ghg/default.asp?lang=En&n=022BADB5-1)
In 2015, total net emissions of carbon dioxide equivalent (CO2 eq) from Canada's managed forest were about 221 million tonnes (total net emissions and removals from Canada's managed forest sector takes into account both "human activities" and "natural disturbances"). As a party to the United Framework Convention on Climate Change (UNFCCC), Canada must report annually on greenhouse gases (GHG) emissions from the "managed forest".
(source: Natural Resources Canada, Nov. 28, 2017: "Indicator: Forest carbon emissions and removals")
Canada's Biennial Report submission to the UNFCCC does include the LULUCF sector, but excludes GHG emissions from "natural disturbances".