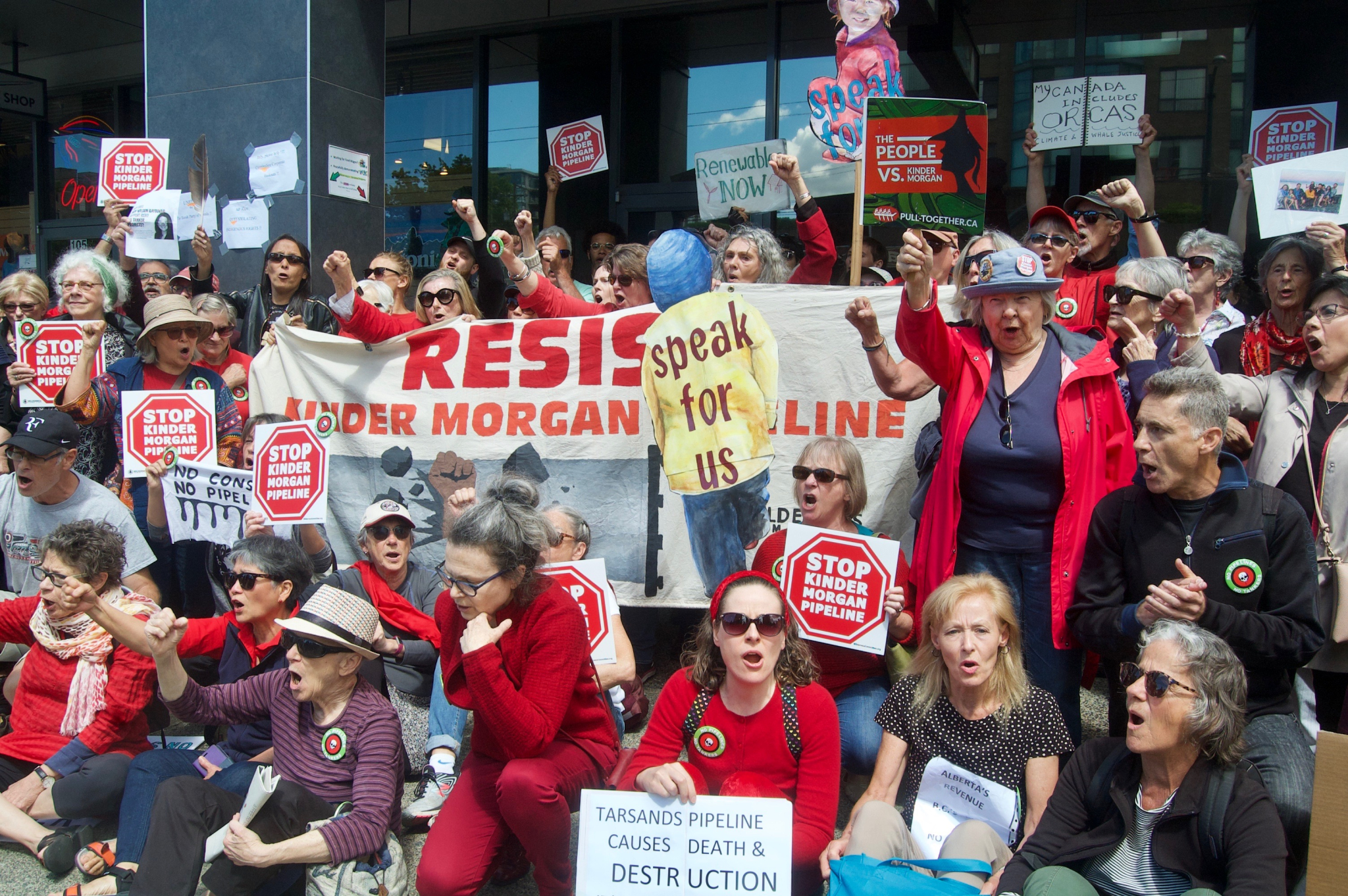 They were among protests that Jolan Bailey, one of three LeadNow campaigners who organized a Day of Action, said were aimed at showing Prime Minister Justin Trudeau his Liberal party is in danger of losing tens of thousands of voters next election. Protesters also gathered at MPs' offices in Calgary, London, Ont. and other cities.

Outside Wilson-Raybould's office, 18-year-old Khalid Boudreau said he expects pipeline opponents to make a difference in the next election.

"Come 2019 every one of these people is registered to vote, and they're going to vote... we're going to turf (Trudeau) out of office," he said.

The day of Action drew crowds

The day of Action drew crowds everywhere, thanks to LeadNow, Council of Canadians, and others. See and .