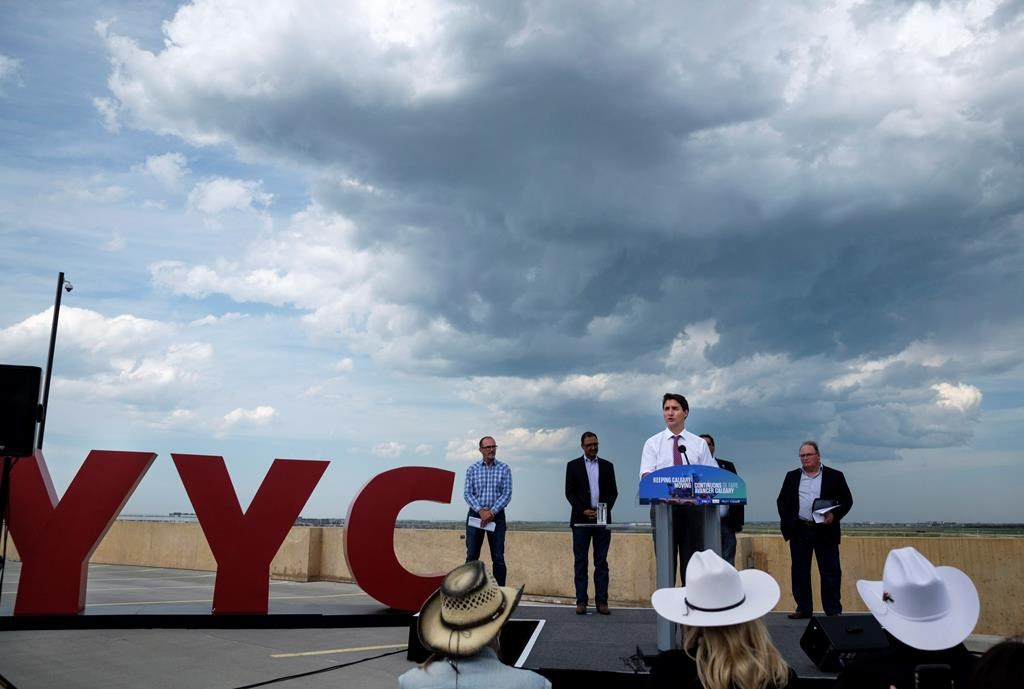 A former newspaper reporter confirms Prime Minister Justin Trudeau apologized to her the day after what she says was an inappropriate encounter at a B.C. music festival almost two decades ago.

Rose Knight also confirms she is the reporter who was referred to in an editorial 18 years ago in the Creston Valley Advance that said she was groped by Trudeau while covering the event.

She says in a statement that appears to come from her email account that she did not take the matter any further at the time and doesn't plan to do so now.

"I enjoyed my career as a reporter, but it ended a long time ago. I avoided issuing a statement earlier out of concern for my and my family's privacy," she wrote Friday. "The incident referred to in the editorial did occur as reported. Mr. Trudeau did apologize the next day.

"Beyond this statement, I will not be providing any further details or information. The debate, if it continues, will continue without my involvement."

Knight said she has never had contact with Trudeau again.

Trudeau said Friday that he respects Knight's decision but remembers the encounter with her differently.

"I'm confident that I did not act inappropriately but I think the essence of this is that people can experience interactions differently," he said after an announcement in Calgary.

"Part of the lesson that we need to learn in this time of collective awakening is a level of respect and understanding for the fact that people, in many cases women, experience interactions in a professional context and other contexts differently than men."

Trudeau is to attend an event Saturday with Calgary MP Kent Hehr who lost his cabinet post after an investigation into allegations of inappropriate conduct with women. The prime minister said the allegations levelled against him and those against the former minister of sport and disabilities are different.

"I think people understand that every situation is different and we have to reflect and take seriously every situation on a case-by-case basis," Trudeau said. "That's exactly what we're endeavouring to do."

The event in question was the Kokanee Summit festival in August 2000, which Trudeau attended to accept a donation to the Kokanee Glacier Alpine Campaign. The Trudeau family launched the campaign after his youngest brother, Michel, died in an avalanche in Kokanee Glacier Provincial Park in 1998.

The unsigned editorial said Trudeau "inappropriately handled'' a reporter there to cover the event and apologized to her by saying, "If I had known you were reporting for a national paper, I never would have been so forward.''

Alberta Premier Rachel Notley was asked about the allegations earlier Friday and said it's important for women to be taken seriously if they come forward.

"Once that happens, we have to make sure that there's a very fair process and that everyone's voice is heard," she said.

"I haven't really dug in too much to the details of this situation and every situation is different. There's no question about it. But I think in all situations, one of the common things that we have to begin with ... is to acknowledge the concern and to treat it with respect and integrity and give it the fair attention it deserves."

Okay, so your story say above

Okay, so your story say above, "Rose Knight also confirms she is the reporter who was referred to in an editorial 18 years ago in the Creston Valley Advance that said she was groped by Trudeau while covering the event.", yet the actually quote cited from the Creston Valley Advance 18 years ago states, "The unsigned editorial said Trudeau "inappropriately handled'' a reporter".

The original article, which was unsigned, only placed the word 'handled' in quotation marks. The word 'inappropriately' was placed before it, seemingly as representative of the writer's opinion. It may well have been Rose Knight's stated opinion as well, but in the context established by the cited article, it's an assumption we're being directed to make.

So, in conclusion, what we have is a sloppy opinion piece from 18 years ago, and uncritical regurgitation by Bill Graveland for the Canadian Press adding flame to a fire, and a former reporter/accuser that has stated that she won't comment further. The power of words must be respected, and words like 'groped' and 'inappropriately' give greater weight to a the more benign word 'handled'. We need clarification on this. Maybe it's out there, and maybe I should search to find it, but Graveland's article could have provided the clarification
by being appropriately, professionally and critically factual.