By Linda Solomon Wood | Opinion, US News, Politics, Culture | August 15th 2018
#74 of 116 articles from the Special Report: State of Journalism 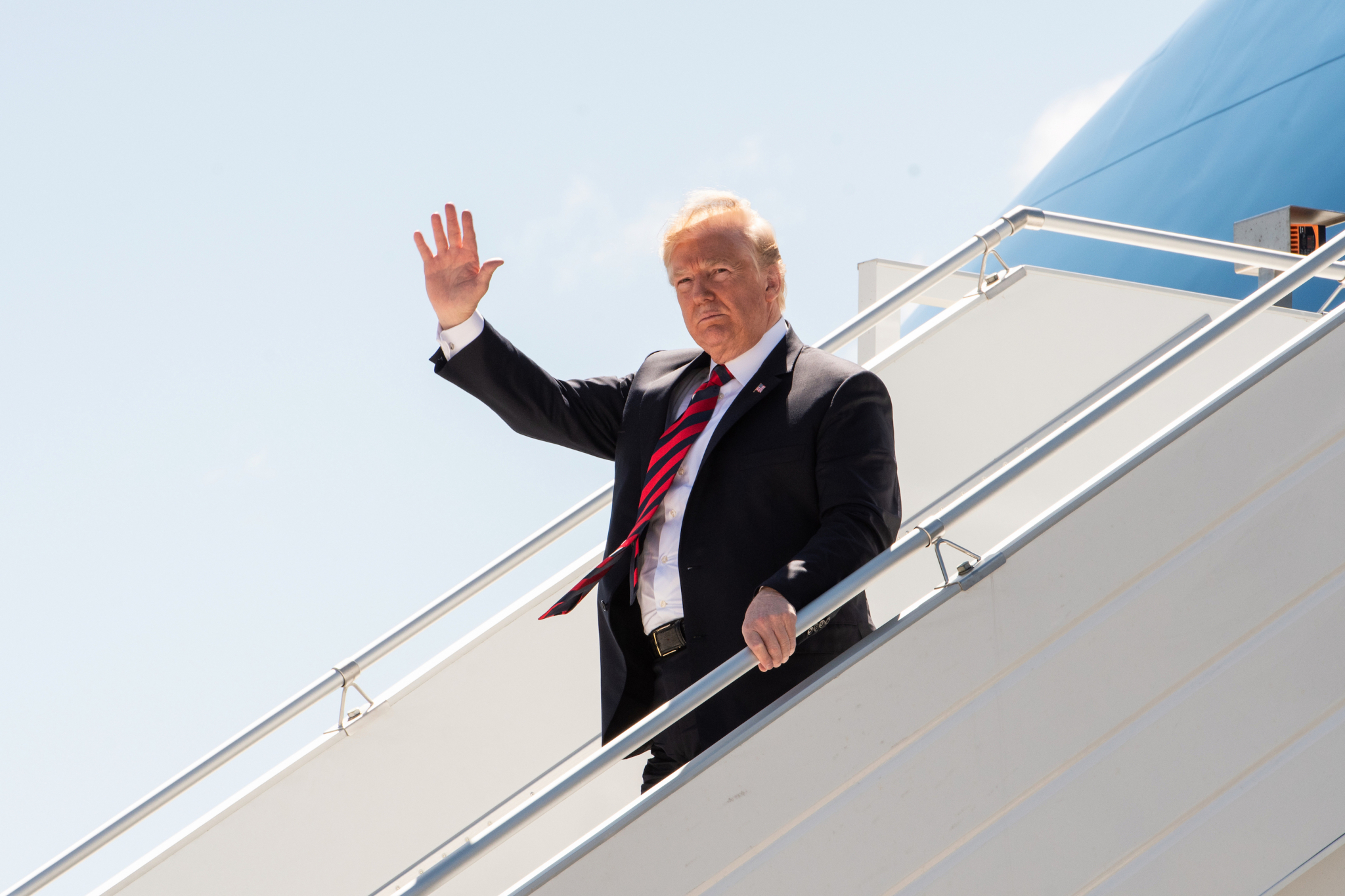 On Aug. 16, newspapers across the United States are running editorials about the role journalists play in preserving the public’s right and need to know, in a government for and by the people. National Observer stands with The Boston Globe and all American journalists and newspapers who continue to do their important jobs despite the U.S. president's dangerous and demeaning rhetoric.

The Boston Globe has called on newspapers across America to run editorials today condemning Trump's ‘dirty war against the free press." As Dan Shelley, head of RTDNA, a trade group of radio and television networks, says, “The president has ratcheted up his anti-press contempt. Journalists are now the ‘disgusting fake news’ and 'enemy of the people' and according to one presidential tweet, we also 'cause War [sic].' This rhetoric has contributed to many of the president’s supporters lashing out harshly against members of the White House press corps and other journalists. It must stop before more journalists are hurt or worse."

In Aldous Huxley's Brave New World, the totalitarian state molds its children as they sleep through endless repetition of phrases. They are powerless against the powerful suggestions insinuated into their thoughts through the night and completely internalize what they are told to become compliant citizens.

Huxley would not be surprised that Trump's relentless description of journalists as "enemy of the people" is working. “The propagandist's purpose is to make one set of people forget that certain other sets of people are human," Huxley once wrote.

What this shows is that Trump's tirades are working their way into the hearts and minds of his believers and changing the way they see the news media. They may have been distrustful of news media before, but now distrust is turning to a call to action: "Give him the power to shut them down."

Here's what "shutting them down" looks like. When Turkish President Recep Tayyip Erdoğan declared a state of emergency, it empowered him to close down 160 news outlets and caused 2,500 journalists to lose their jobs for reporting on their government. Others were jailed. This has contributed to a loss of free speech and a "suffocating climate of fear" in Turkey, according to activists there.

Trump's abusive tweets can easily turn into abusive action and censorship, and can suffocate free speech.

We can't let this happen.

It is vital to stand up for journalism, to educate yourself about its value in society and not let Trump's rhetoric poison the freedoms we are so lucky to have.

Dan Rather has said: "A free and truly independent press - fiercely independent when necessary - is the red beating heart of freedom and democracy." Let's not take it for granted, writes @Linda_Solomon standing with @BostonGlobe

I speak as a dual citizen of Canada and the US and when I say "we." I mean we in North America, because Trump's words sweep across the border and can have a strong influence, as we are seeing in Ontario where, shamefully, Doug Ford is apparently aping Trump. Last week, when reporters asked Ford about anti-gun violence measures, Ford staffers intentionally clapped over their questions, their applause effectively silencing Toronto reporters and getting in the way of the public receiving an honest answer to a pressing public safety question.

This is unacceptable behavior from the premier of Ontario and the public must not stand for it.

Trump supporters say news should report the "truth." For the president and his supporters (and apparently for Doug Ford), that often means flattering, fawning feature stories about the White House. When reporters point out the U.S. president's racist or false statements, it's slammed as "opinion" and proof they can't be trusted to convey the news "objectively." This is in fact nothing more than state propaganda, and it's the polar opposite of what journalism exists to do, which is to hold power accountable in the service of the people.

Eugene Robinson, an award-winning columnist for the Washington Post, warned in his column recently that eventually, Trump's "unhinged" rants against the media will "get somebody killed."

Outlining how the U.S. president tweeted that “The Fake News hates me saying that they are the Enemy of the People only because they know it’s TRUE” and calling reporters "dangerous and sick,” Robinson lamented that the vitriol spun at rallies has resulted in real gun violence threats against CNN reporters like Don Lemon, who is African American and a frequent target of the president's ire.

Today, as American news media stand together to denounce him, it's important to consider what the world would actually look like if Trump were to win this "dirty war." If he won this battle, he'd usher us into a new dark age where blind belief in superstition prevails over science, facts and critical thinking.

But Trump isn't going to win this war. And that's a credit to the resilience of Americans who value reason, information and democracy, and who have compassion for their fellow human beings.

If you are reading this, I am pretty sure you value all of this, too. I know I do, and we are in the majority. We must speak out. We must take action.

Silence is just as toxic as Trump's noisy tweets.

No matter how tired you get of reading about Trump and hearing about Trump, this is not the moment to look away or keep your head down. You and I must speak out strongly and persistently against Trump's propaganda. We must stand up for journalists who dedicate their lives to the pursuit of truth and justice.

Journalists work in the face of enormous challenges. Journalists sometimes even put their lives at risk to expose corruption and bring vital information to light.

This is often information the public needs to be safe and secure, to make educated decisions, to go forward in an enlightened way. In order to continue to do this work under Trump's assaults, assaults which embolden others to wage war with the inconvenient truth, journalists need and deserve your support, as never before.

As Dan Rather has said: "A free and truly independent press - fiercely independent when necessary - is the red beating heart of freedom and democracy."

Let's not take that red beating heart for granted.

By Elizabeth McSheffrey | News | May 3rd 2018
State of Journalism

Repeating lies until they're

Repeating lies until they're accepted as truths has worked for Israel's propaganda machine, so why shouldn't it work for Trump?
Didn't I read somewhere that the US Congress is lining up behind a bill that would equate being anti-Israel as being anti-Semitic?

I love that picture of Trump

I love that picture of Trump's scalp! What combover I say. Purely Trump au naturel!