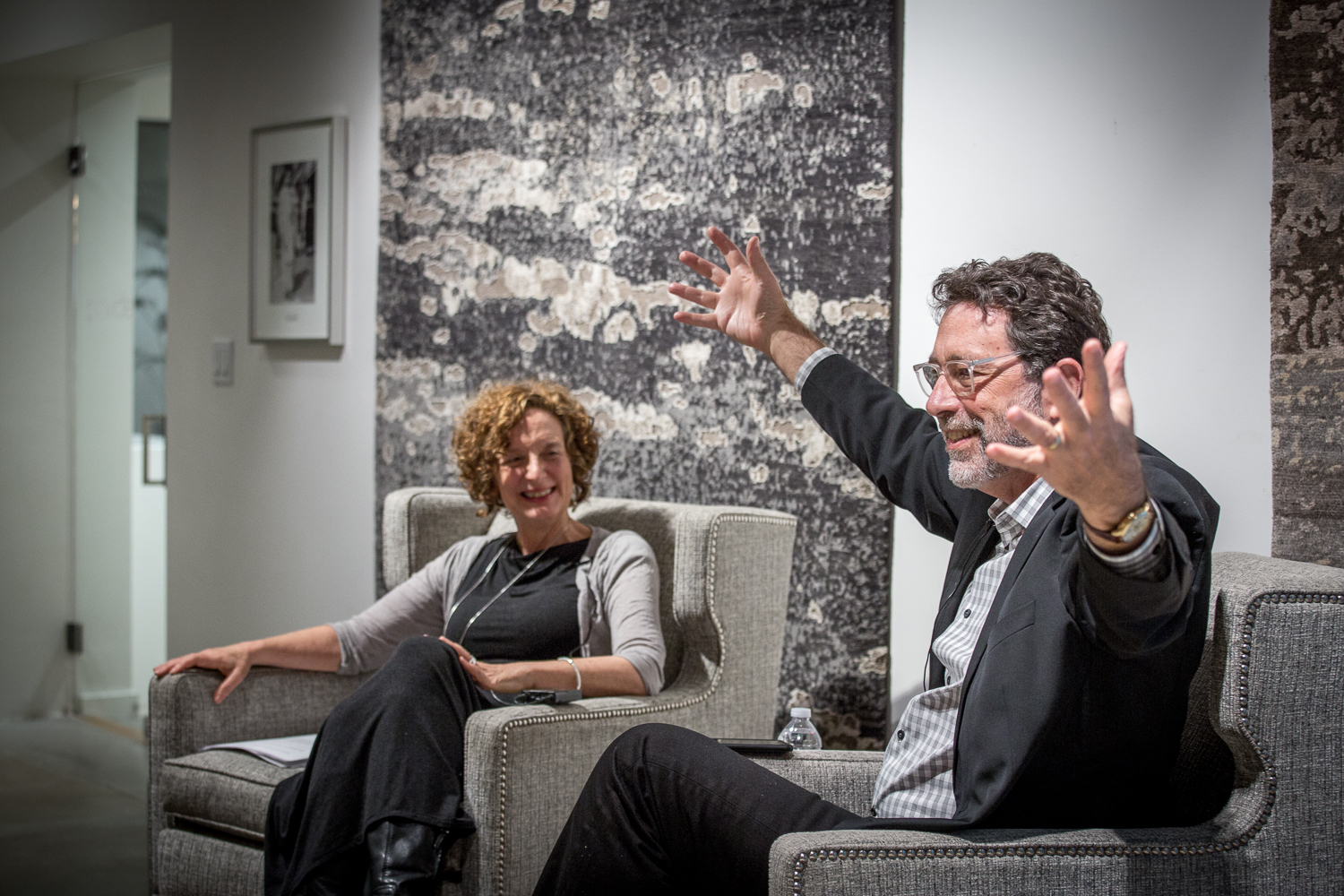 Steve Katz, Publisher of Mother Jones, in conversation with Linda Solomon Wood, Editor-in-Chief of National Observer, during the 'Journalism in the Time of Trump' talk, which inaugurated the 'Urgent Conversations' talk series. Photo by Zack Embree.
Previous story
Next story

How well do you understand the damage to our collective psyches by Donald Trump's "chaos-based" government? Steve Katz, publisher of Mother Jones magazine, gave National Observer subscribers an account from the front lines of American journalism at the kickoff event in the "Urgent Conversations" series, Nov. 16 in Vancouver.

Mother Jones has been at the forefront tracking Russian connections to Donald Trump's election campaign and administration. Linda Solomon Wood, Editor-in-Chief of National Observer hosted the conversation with Katz for subscribers of the two publications to get together and discuss "Journalism in the Time of Trump."

Katz described how Mother Jones has sharpened its reporting since Trump's victory in the Electoral College, arguing that publications like Mother Jones play a crucial role in helping people form critical and informed opinions during a presidency that thrives on chaos and confusion.

“We know why we’re here. We know what we’re supposed to do. We understand the damage that is being done to our collective psyches from this chaos based method of governance.”

Katz and Solomon Wood later discussed the impact of investigative reporting on mainstream narratives. They each provided examples of stories from Mother Jones and National Observer that led to the re-framing of major issues by politicians and larger media outlets. Solomon Wood dove into the question, "Are we just preaching to the choir with a progressive publication?" She provided a series of examples such as unearthing the scandals that unravelled the Energy East pipeline and concluded: "No, we’re not. These stories have major impact. They change the public conversation, they seed stories in bigger media and they force governments to act.”

That model of journalism? Basically it's 'game over'

Several audience members asked questions about all the head-spinning changes in the media business and the implications for journalism. Katz described the importance of reader-supported media:

“The National Observer and Mother Jones have a lot in common. The business model looks a lot alike, and it makes it possible, through reader support, to stick with a story and go deep on it. And it’s very difficult for traditional, commercially-based enterprises, especially these days, to do that. It’s just really tough to spend the money to have a reporter, or team of reporters, go deep and stay deep. It’s super hard. That model of journalism... basically it’s game over.”

National Observer subscribers were curious to hear from Katz whether social media platforms were affecting his team's reporting, and how Mother Jones has had to adapt to the new realities of reporting in this age of animosity towards the media.

One audience member asked Katz about Mother Jones' editorial decisions about giving equal voice to both sides of an argument. Katz responded at length, using the example of climate change, where Mother Jones made an editorial decision not to give climate deniers equal voice because they promote an intellectually dishonest argument designed by public relations firms to mislead the public. Mother Jones continues to report on the topic of climate deniers, however, covering and exposing their political influence. Katz later bridged to the dangers of polarization and the current left-right divide:

“Many of our media shops, the bigger ones, are not prepared for this situation that we’re in. It is just not equivalent to the old left and right spectrum anymore. The spectrum that we’ve all grown up with of left, right, and centre, where truth sits in the centre — that's no longer an accurate description of the way media is being produced."

The most dangerous feature of this moment that we're living in

"There’s an asymmetry to the whole thing, just as there’s an asymmetry in American politics now. The logics of these two universes are predicated on different sets of facts, or claims to factual accuracy, and different strategy. So it is not possible any longer to use that traditional shared-values consensus ... or shared-narrative approach to journalism anymore. It’s not accurate. Even if we would want it to be. I think we would all like to be in a community where we can sit down at a table together and work things out. That is not what’s happening right now. That, to me, is the most dangerous feature of this moment that we’re living in.”

One subscriber took issue with the way "fake news" had been presented, arguing that the phenomenon is not new and has been employed by governments to justify wars, such as the Bush administration's claims around weapons of mass destruction. Katz replied:

“The practice is not a new thing. What is different are the means by which different kinds of misinformation or disinformation or malinformation can be distributed rapidly to an audience that will then echo it out even more powerfully. It makes it possible for, as they say, a falsehood to go all the way around the world before the truth gets out of bed, far more quickly, and far more effectively.

After the talk, National Observer subscribers had the opportunity to connect with each other.

This was the first of the 'Urgent Conversations' series for subscribers only, which National Observer will host across Canada.

Subscribe to National Observer today, and join these "Urgent Conversations."