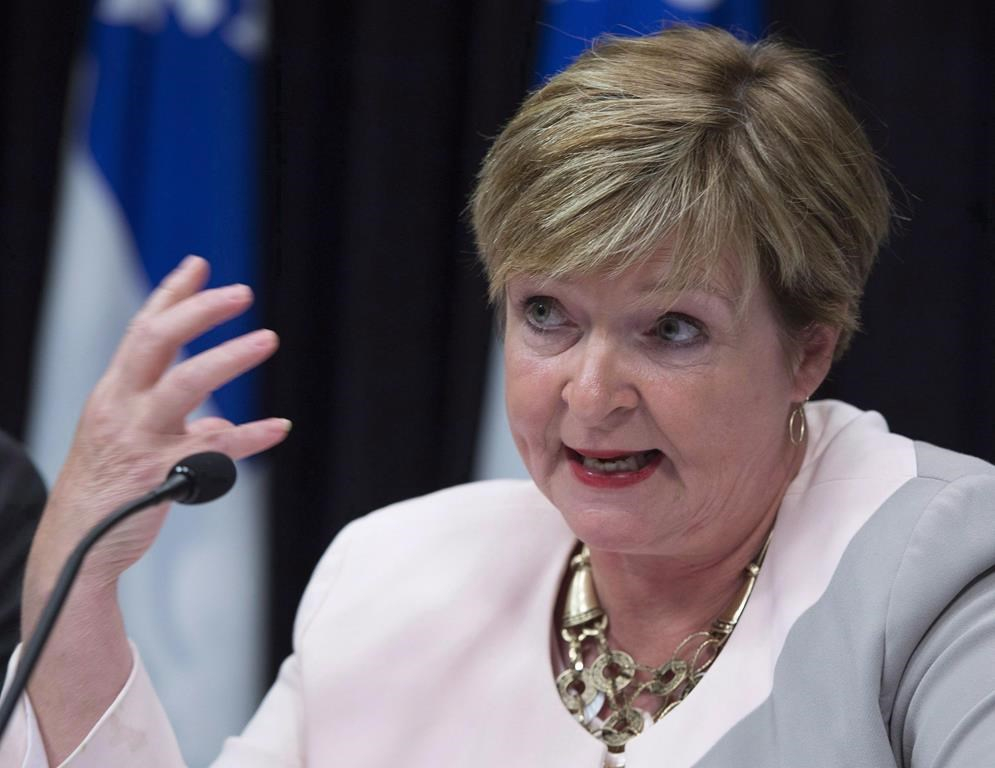 Quebec's books are in order and the Liberal government's budget strategy until the 2020-21 fiscal year is credible, auditor general Guylaine Leclerc said Monday, days before the start of the provincial election campaign.

Predictions for future revenues, administrative expenses, salary costs and other budget details are "plausible," Leclerc told reporters after releasing her report, which was based off her office's analysis of documents prepared in June by the Finance Department.

Leclerc said her review of the province's books is an "important democratic exercise."

Lawmakers gave the auditor general's office the mandate in 2015 to evaluate the incumbent government's finances and budgetary predictions ahead of an election campaign, in order to avoid unpleasant surprises for new political parties that take power.

New governments often accused prior administrations of hiding deficits or playing financial trickery, and the Liberals wanted to try to end that by asking the auditor general to review the province's finances before Quebecers went to the polls.

Premier Philippe Couillard said Leclerc's report demonstrates his Liberal administration is one of the best teams in modern Quebec history with regards to the management of public finances.

"We cannot break this momentum," Couillard said from Scott, Que., in the province's Beauce region south of Quebec City.

Finance Minister Carlos Leitao's budget documents prepared for Leclerc had predicted Quebec will run an annual budget surplus of roughly $950 million for fiscal 2018-19 through to 2022-23.

Revenues from taxes — which represent about 60 per cent of the budget — will increase by 3 per cent in fiscal 2018-19 and maintain the same rate of increase for the next several years.

Leclerc said she was not judging the government's choices but analzying them regarding whether they were realistic.

The government also provided sufficient room to manoeuvre in case of unforeseen economic problems, she added.

By The Canadian Press in News, Politics | August 7th 2018