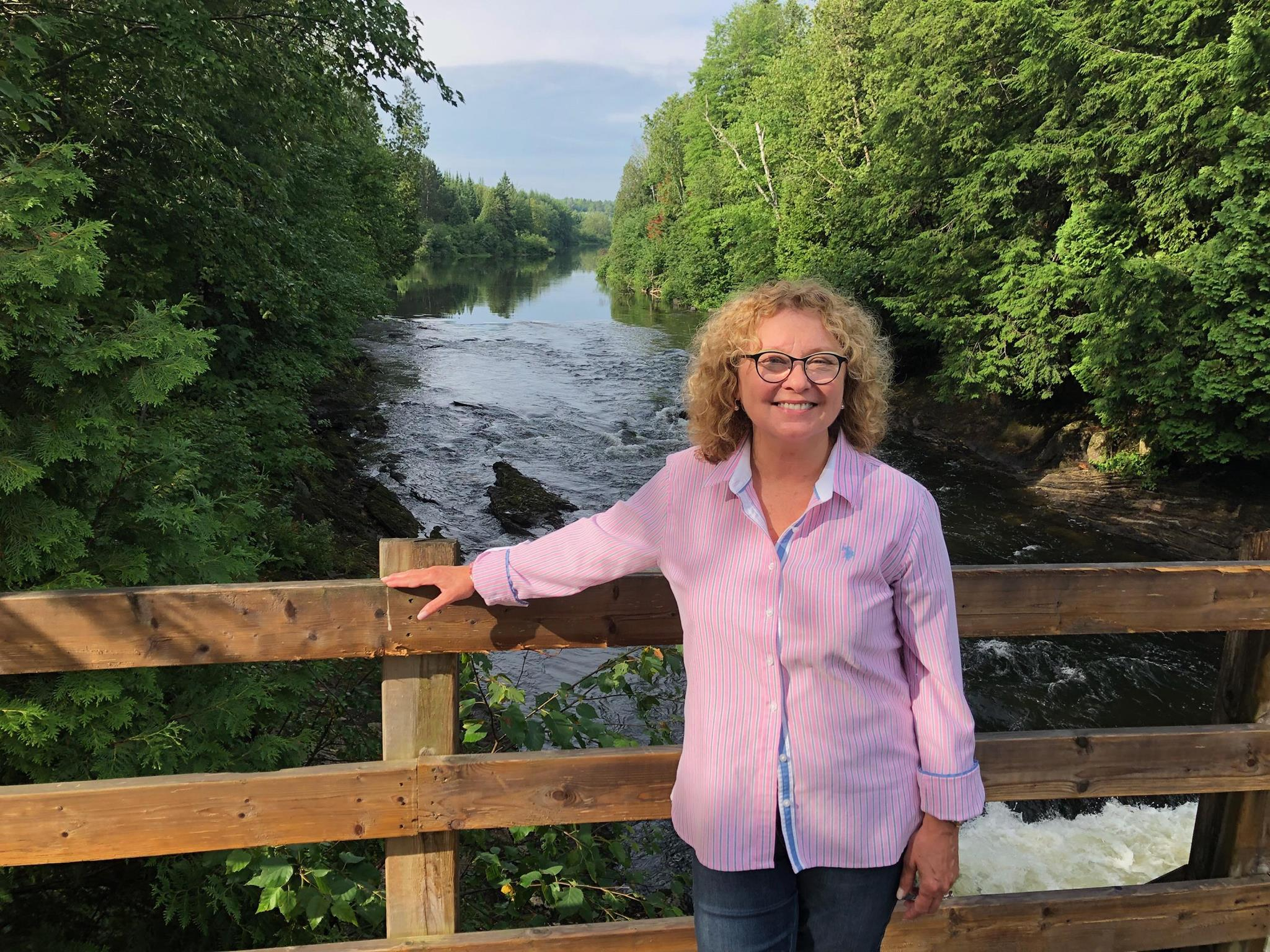 After a three-year hiatus, Blais, Liberal MNA from 2007 to 2015, returned this year to politics, but not to the Liberals. She switched to the centre-right Coalition Avenir Québec (CAQ) party that is currently neck-and-neck with the Liberals to win the provincial election on Monday.

She has been treated as a star candidate by CAQ Leader François Legault, who dropped her name in his closing statement at the final televised debate last Thursday, and appears to have a comfortable lead in the riding of Prévost, in the Laurentians region north of Montreal, a few days before the Oct. 1 election, according to the poll aggregating website, Qc125.com.

Still, she has critics, among them media commentators and former colleagues who brand her as opportunist.

Blais is unfazed. She told National Observer in an interview that she has returned politics “for one thing – taking care of old people and caregivers.”

It’s not new ground for her. She was minister for senior citizens in Jean Charest’s Liberal government from 2007 to 2012, when she represented the Montreal inner-city riding of Saint-Henri-Sainte-Anne.

It’s also personal. After her husband of more than 30 years, Jean-Guy Faucher, was diagnosed with a malignant brain tumour in 2014, Blais balanced her role as his primary caregiver with her National Assembly duties. She left politics in September 2015 six months after Faucher’s death and set to work researching a book published last month. She co-authored the book that profiles 20 individuals who have either been a caregiver or benefitted from caregiving.

Courted by the CAQ and the Liberals

Blais’ closest competition comes from the Parti Québécois’ Paul St-Pierre Plamondon, who ran and came in last out of four candidates in the 2016 PQ leadership race. The Liberal candidate is Naomie Goyette, who Blais endorsed in April, just a month before announcing her own candidacy in the riding.

“Why should people be in a party for all their lives, if it doesn’t correspond to their ideas anymore? It isn’t a religion." Marguerite Blais, Coalition Avenir Québec candidate for Prevost #qc2018 #qcelection @margueriteblais

The plan was to publish the book in time to encourage politicians to include a “national plan for caregivers” in their party platforms, she said. She had “no intention” of returning to politics and was “very surprised” when she was courted by both Legault and Premier Philippe Couillard, leader of the Quebec Liberal Party and her former colleague.

She spoke to Legault first, and was impressed by his agenda. She decided to re-enter politics “when he said yes to the national policy about caregivers, yes to [building] little houses for people who are sick and their caregivers … and all kinds of new avenues, new paradigms.”

Barrette 'did nothing for old people'

Blais said her personal experience shaped her attitude toward Liberal policy on health and the elderly.

"I was shocked by what [Liberal health minister] Mr. Barrette did to the health system. I was in the hospital for six months with my husband. The doctors, and all the professionals, they were so desperate,” she added. “He did nothing for old people."

A Radio-Canada report published in June revealed that over half of the province’s long-term care facilities are in a bad or very bad state.

The CAQ has pledged to invest $800 million in home care for seniors and to establish the first national caregiver policy in Quebec’s history, after consulting community organizations, researchers, and other stakeholders. It has also promised to double the tax credit for caregivers to a maximum of $2,500 and to invest $200 million annually over four years to enable free health clinics to hire more staff for home care.

The party also pledged to spend $1 billion on the construction of 30 new seniors’ homes, each housing between 70 and 130 people, in its first term in office. It also promised to replace all long-term care facilities in the province with these homes by 2038.

While Blais said that she does not like labels – “it’s like a stigmatization” – she concedes that she leans to the left. But she does not see this as a contradiction with the CAQ’s political persuasion. “We do not have a right-wing party in Quebec. We have one left-wing party, and that’s Québec solidaire.”

Robert Dobie, who was the Liberal riding association president of the Montreal riding of Saint-Henri-Sainte-Anne when Blais was Liberal MNA, called his former colleague an “opportunist” in an interview with National Observer on Tuesday.

“When she called me to tell me the news [that she was running for the CAQ], I said it didn’t surprise me. As a matter of fact, I had a $20 bet with some of friends that she would go to the other party,” he said.

Dobie said that her appeal is her “caring,” “warm” and “pleasant” nature – but that the “problem is that her solidarity and loyalty is with herself, more than the party.”

He predicts that if Blais is not given a seat in Francois Legault’s cabinet “within two months, she’s out of there.”

Neither Blais nor the CAQ could confirm whether a cabinet seat was in the cards.

Réjean Parent, former president of Quebec’s third largest trade union, the Centrale des syndicats du Québec, was equally critical, calling Blais “a career politician willing to toss her values aside for a cabinet seat,” in his Journal de Montreal blog published after her nomination in May.

Blais said that Parent wouldn’t “have written what he did” if he had reached out to her for an interview or to find out more about her situation when she left the Liberals in 2015 after her husband died. She had become uncomfortable in the Liberal party and experienced a “very difficult moment.”

A political party is not a religion

“Politics is not always beautiful,” she said, pointing to the Liberals’ surprise ousting of long-time MNA François Ouimet, who was asked to step aside for former NHL player Enrico Ciccone after representing the riding of Marquette for 24 years. Ouimet said that Couillard had promised in May that he would be the Liberal candidate.

Anyway, she adds, “why should people be in a party for all their lives, if it doesn’t correspond to their ideas anymore? It isn’t a religion.” She pointed out that Quebec political heavyweights Lucien Bouchard and René Lévesque both defected from their original parties.

“In the CAQ, there are people from all different parties,” she added. “That’s why it’s a coalition. It’s a young party and I think this party should have the chance to govern.”

Even if she’s not elected, Blais said she has done her job. “The last chapter of my book was to make sure that at least one party would decide to do a national policy for caregivers in Quebec. And the CAQ decided to do it.”

Established in 2015, National Observer is an independent, online-only newspaper dedicated to investigating stories about climate change, energy and politics. In 2017, National Observer’s managing editor Mike De Souza won a Canadian Association of Journalists award for hisinvestigation exposing a conflict of interest in the federal review of the Energy East pipeline project, which was subsequently terminated.

It is true that a political

It is true that a political party is not a religion, but then again, people often change their religion if they find another gives them what they believe is a better understanding of the truth. In the case of Marguerite Blais, it is hard to know whether her motivations are out of principle or because of opportunism as others believe. If she is more left-leaning, it would be difficult to find much in common with a political party that is more right-leaning. A lot will depend on whether the CAQ wins and how much influence she will have within that party and whether she will hold them to the promises kept. I am very happy to see an election that is focused on domestic issues as opposed to sovereignty, but it is distressing to see the CAQ take up these cultural issues. I hope that he doesn't embolden the racist elements of Quebec society. We have seem too much of this in the United States and Europe.