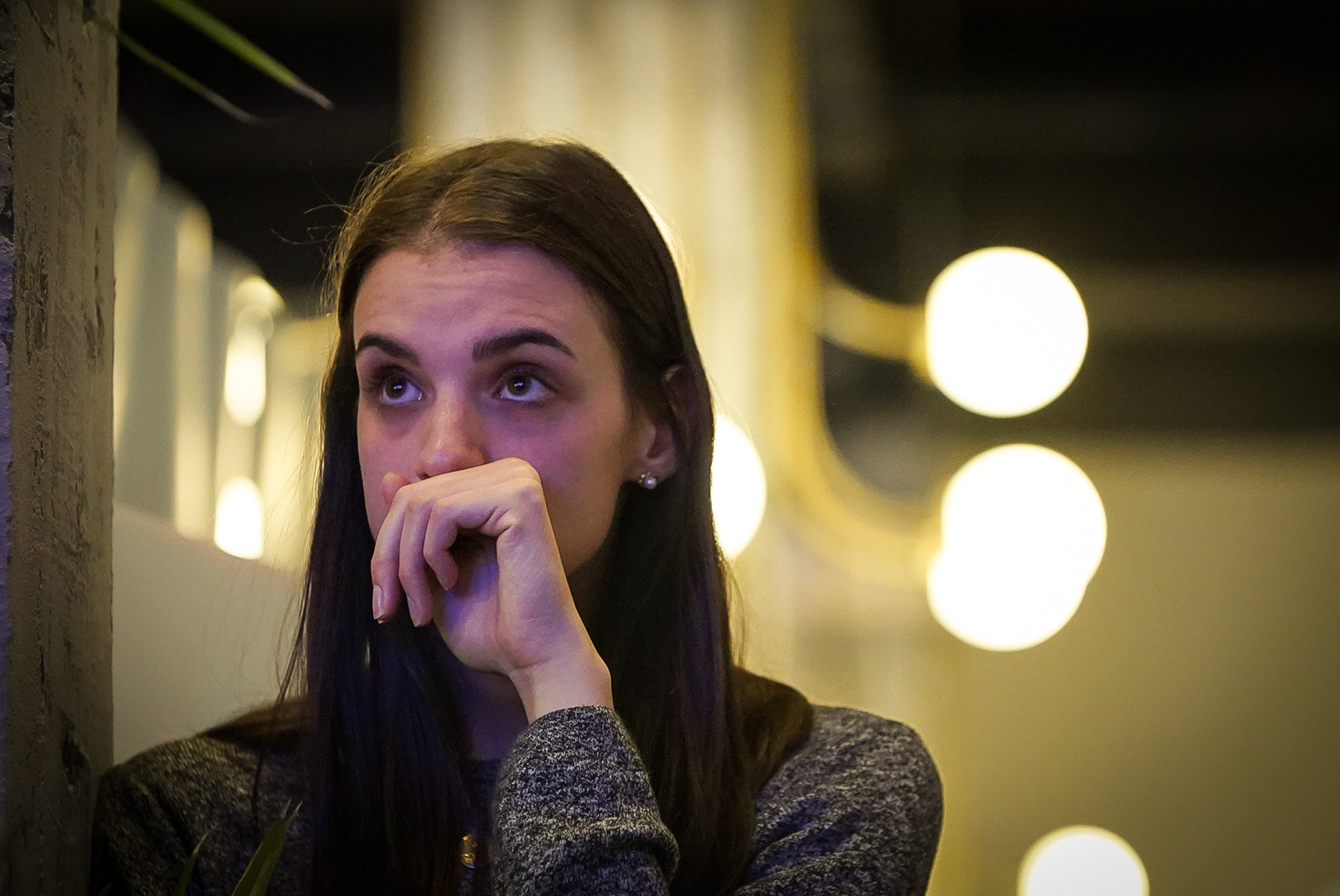 It was a sombre, teary night in Montreal's Old Port Monday, as Liberal supporters in the Quebec's most populous city watched upstart parties on the left and right of the political spectrum surge, pushing the governing party that had held power for the better part of 15 years to the ranks of official Opposition.

Despite being re-elected in her Acadie riding Monday night, cabinet minister Christine St-Pierre said she was "very disappointed," but the Liberals would now take on the role of holding the new Coalition Avenir Québec government accountable.

"We will continue because we have a very good party, the Liberal Party of Quebec is a party with roots, with history," she said.

St-Pierre served as minister of international relations and la francophone in Philippe Couillard's cabinet. "I can say after four years, we leave the books with balanced budgets, an unemployment rate which is very low, and also we are proud of what we have done, the economy of Quebec is booming, so ... the house is clean, and I congratulate all the candidates who are here tonight."

She added the CAQ could expect a strong opposition from the Liberals, and an eye on whether the new government kept its campaign promises.

Couillard conceded the Liberals' loss about an hour after polls closed Monday night, from his home town of Saint-Félicien, north of Quebec City. There, he said he was not bitter, and that it had been a pleasure to serve Quebec.

He also said he was reflecting about his political future and pledged to announce a decision soon.

By the end of the evening, the CAQ was winning in more than 70 of the 125 ridings represented in Quebec's national assembly. The Liberals were hovering around 30 seats, a reversal of fortunes after taking 70 seats in the 2014 election and wresting power from the Parti Quebecois who won 30 seats. Late Monday night it appeared the Parti Quebecois had even fewer seats, falling behind Québec solidaire.

The mere fact that the Liberals had been in power for so long made them an easy target for their opponents. From the outset of the campaign, the party’s main rival, CAQ Leader François Legault, attacked the party for its record on health and education. During the English language debate leading up to the election, Legault slammed Couillard for two major health care reform bills he passed, resulting in the entire Montreal University Health Care board resigning, as over a thousand health care professionals were laid off in the province -- leaving staff with overwhelming workloads and patients complaining of substandard care and long wait times.

Although the Liberals acknowledge their healthcare cuts and austerity measures left a sore mark on some Quebecers, they still touted their budget management under Couillard in hopes of re-election. Finance Minister Carlos Leitão balanced the budget in 2015, the first time that happened since the financial crisis of 2008.

Couillard also noted in his concession speech that Quebec's fiscal management in recent years had resulted in substantial savings in interest payments that were now freeing up more money for spending on social services.

But he appeared to stumble in the last week of the campaign, with many criticizing some comments he made that suggested that a Quebec family of four could manage by spending only $75 a week on groceries.

Couillard made the comments during an interview with a radio host from Énergie 94.3 in Montreal.

The comment went viral, but as other party leaders questioned Couillard, he doubled down.

His position struck a nerve, especially with parents. Jenny Berthiaume, a yoga therapist and mom of two, said she couldn’t help but share some of the memes that circulated social media the same day the Couillard said that fateful line. Her family already consumes a mostly vegetarian diet, but she says she spends about double that amount.

“And we do not obsess over things being organic. While I don't spend hours price-matching and running around town for the best deals, the only thing I could think was, man, buddy is totally out of touch with reality.”

Many ministers running for (re)election mentioned the surplus budget of the last three years as their battle cry during the campaign trail.

On immigration, Liberal rank-and-file wonder what is in store

At the New City Gas club on Monday night some Liberal supporters expressed concern for the future.

"We have to respect democracy, in terms of CAQ winning," said Lionel Fritz Adimi, an immigrant from the Ivory Coast, who also works for the provincial government. "Am I worried? Yes. Since day one, François Legault (was) attacking (the) immigration system, then showed he lacks understanding of that system."

Questions about immigration and better integration for newcomers hung over the 2018 election, stirring heated discussions given Legault's platform, which included cutting immigration by 20 per cent and a new requirement that new arrivals pass a values and language test in order to stay in Quebec after three years.

Deputy Liberal Leader Dominique Anglade, who left the CAQ in 2015 because of its views on immigration, said Monday night she had no regrets. The re-elected MNA for Saint-Henri–Sainte-Anne echoed her Acadie colleague in promising the Liberals would be watching.

"I certainly hope that they're going to be a responsible government, but I guarantee you that as Opposition we are there to be constructive and responsible as well," she said. Asked how the Liberals would oppose the CAQ's proposed values and language tests for new Quebecers, Anglade said the the party would need to reconvene and construct its position going forward.