By The Canadian Press in News, Politics | November 14th 2018 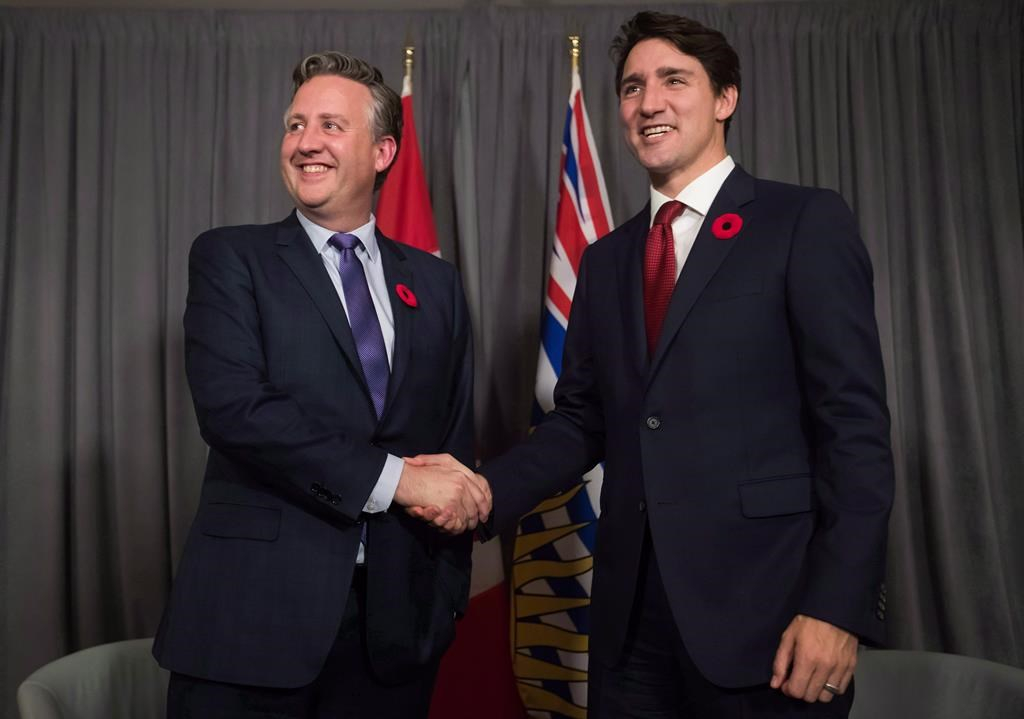 The letter, signed by Anne Kang, Katrina Chen, Raj Chouhan and Janet Routledge, says the politicians are disappointed that Trudeau has yet to call a race in the riding vacated by former B.C. NDP MP Kennedy Stewart.

Stewart is now the mayor of Vancouver.

In late October, opposition leaders also joined forces to press Trudeau to call byelections in all four vacant federal ridings in the House of Commons.

Four leaders — the Conservatives’ Andrew Scheer, New Democrats’ Jagmeet Singh, Greens’ Elizabeth May and the Bloc Quebecois’ Mario Beaulieu sent a letter to Trudeau calling out his decision to call a byelection in just one of the four ridings.

Trudeau has said the other three ridings have been vacant for "mere weeks" and that he’ll call byelections for them in due course.

By The Canadian Press in News, Politics | September 17th 2018