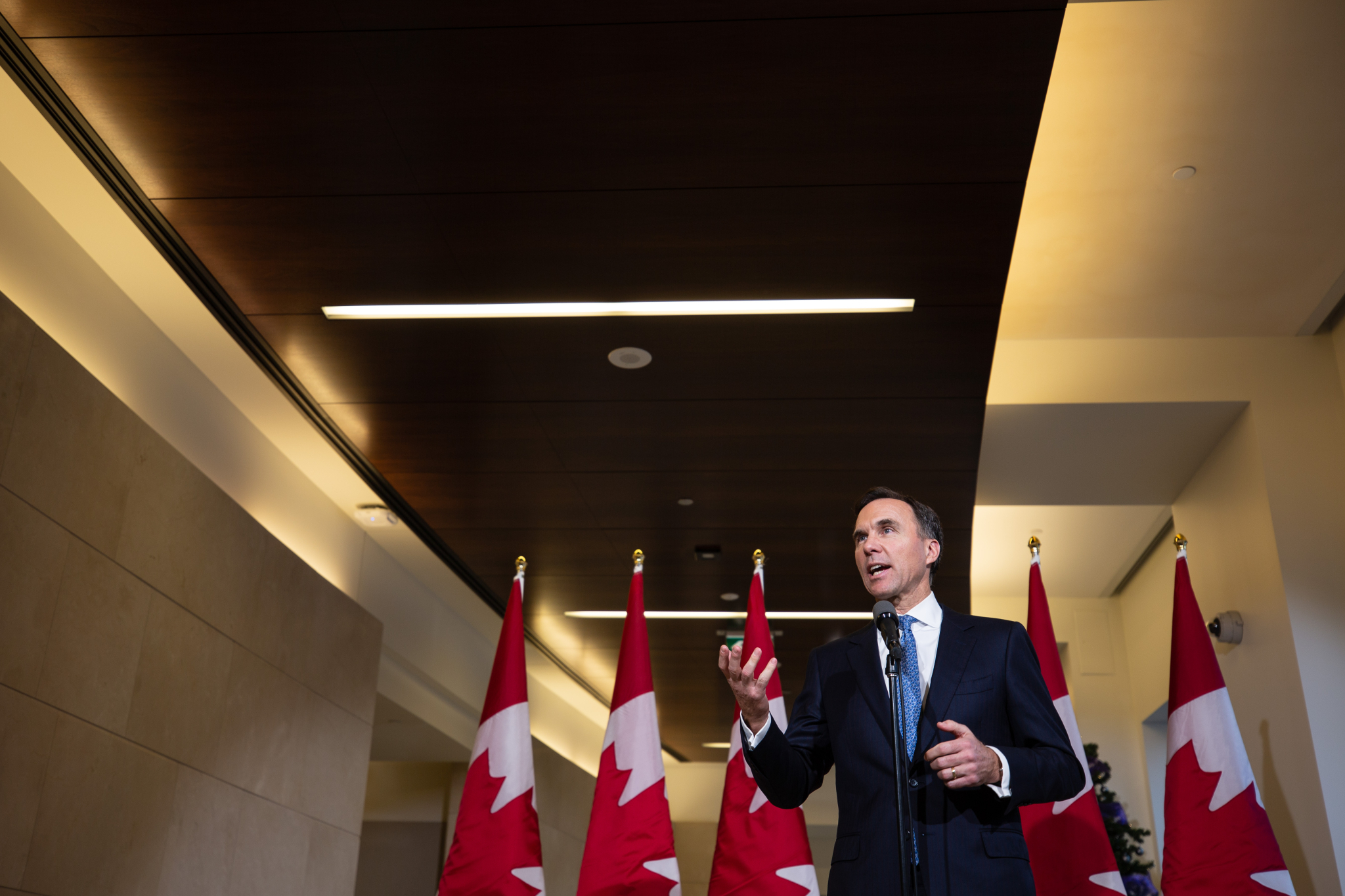 The Trudeau government is hoping that a new tax incentive for businesses investing in wind turbines and solar panels will help juice investment and job growth in Canada's clean energy sector.

At the same time, Finance Minister Bill Morneau is also proposing another new incentive that would apply to oil and gas sector property expenses. Canada has promised for years to phase out inefficient fossil fuel subsidies, and continues to do so.

Morneau's Nov. 21 fiscal update proposed a new "immediate expensing" temporary rule that would allow businesses to immediately write off the cost of "specified clean energy equipment" on their taxes.

For example, a company wanting to install $100 million worth of wind turbines could deduct the whole cost in their taxes in the year they incurred the cost, as opposed to $40 million under the current rules, resulting in about $16 million in tax savings.

"This will help achieve climate goals, and boost Canada's global competitiveness," said Morneau during his speech unveiling the fiscal update in the House of Commons.

Morneau is hoping that because the company can deduct a larger amount more quickly, it will spur investment and get companies hiring workers to take care of the assets. That, in turn, will allow the company to "better compete with fossil-fuelled sources of energy," the update stated.

The minister also proposes to extend the plan to machinery and equipment used more generally for goods manufacturing and processing. Finally, there is a third component that triples tax depreciation on certain property that would usually apply in the year the asset is put into use.

It is this third component where oil and gas firms can take advantage of writing off a larger share of new assets' costs.

Taken together, these three initiatives -- immediate expensing for clean energy, for manufacturing, and an accelerated program for other sectors -- will cost Ottawa $14.04 billion by 2023-24, according to the fiscal update.

It's all part of the government's plan to respond to concerns about business investment and jobs fleeing south across the border as a result of the December 2017 tax reform package passed under U.S. President Donald Trump.

The U.S. cut its federal corporate income tax rate from 35 to 21 per cent, and introduced temporary "bonus depreciation," essentially allowing a complete writeoff.

Without these new actions, the government said, "it is expected that these U.S. tax reforms could significantly reduce the overall tax advantage that Canada has built over the years, doing potential harm to investment, jobs and economic growth in Canada."

The Official Opposition Conservative Party has complained about competing against the cut rate. But the Liberals believe their new measures are more likely to influence new investment than tax relief which they said is "based on past investment decisions."

"The current (U.S.) administration has moved forward with an aggressive package of tax cuts for large corporations. That is their right as a sovereign nation," said Morneau.

"Some have lobbied us to match those measures. If we were to do that, it would add tens of billions in new debt...when the members opposite push for an aggressive elimination of the deficit, what they really mean are aggressive cuts in services."

Canada's new "immediate expensing" for clean energy and goods manufacturing speeds up the current rules, where businesses deduct the cost of investments over a period of time aligned with the return on investment.

It will apply to assets only acquired after Nov. 20, 2018, and will be phased out starting in 2024, until 2027. The "specified" equipment is defined as "wind turbines and solar panels, as well as energy conservation equipment" but can also be applied to other assets that weren't mentioned in the update.

Oil and gas industry can benefit

Canada's oil and gas industry can benefit from the third component, the Accelerated Investment Incentive, which will allow businesses across all sectors to write off a larger share of assets in the year an investment was made.

The fiscal update states that this program will "generally apply to eligible Canadian development expenses and Canadian oil and gas property expenses."

This new tax incentive to the oil and gas industry comes as Canada continues to say it is committed to phasing out "inefficient fossil fuel industry subsidies over the medium-term."

The fiscal update itself actually lists this priority, as part of its complete list of mandate letter commitments and their status. For the fossil fuel subsidies phaseout, the status is listed as "actions taken, progress made" but the update document did not elaborate.

Advocacy groups say Canada gives hundreds of millions of taxpayer dollars to the oil and gas industry through tax breaks and other fiscal support to encourage its growth, which is Canada's fastest-growing source of carbon pollution.

During the meeting of G7 environment ministers in Halifax this fall, Environment and Climate Change Minister Catherine McKenna could not say whether the group had made any progress discussing the group's commitment to phasing out fossil fuels.

On the one hand, the federal

On the one hand, the federal government is working to eliminate petroleum sector subsidies and with the other hand the finance minister adds more through the tax system. Why is it the government's right hand can't coordinate with the left?
The finance minister is correct though to add incentives to speed up investment in sustainable infrastructure.

One produces wealth, oil, that brings billions into the country. The other, green energy, causes tax dollars to dwindle and dry up while increasing energy costs for us, the people. Only in leftard land would this make sense and "help the middle class".