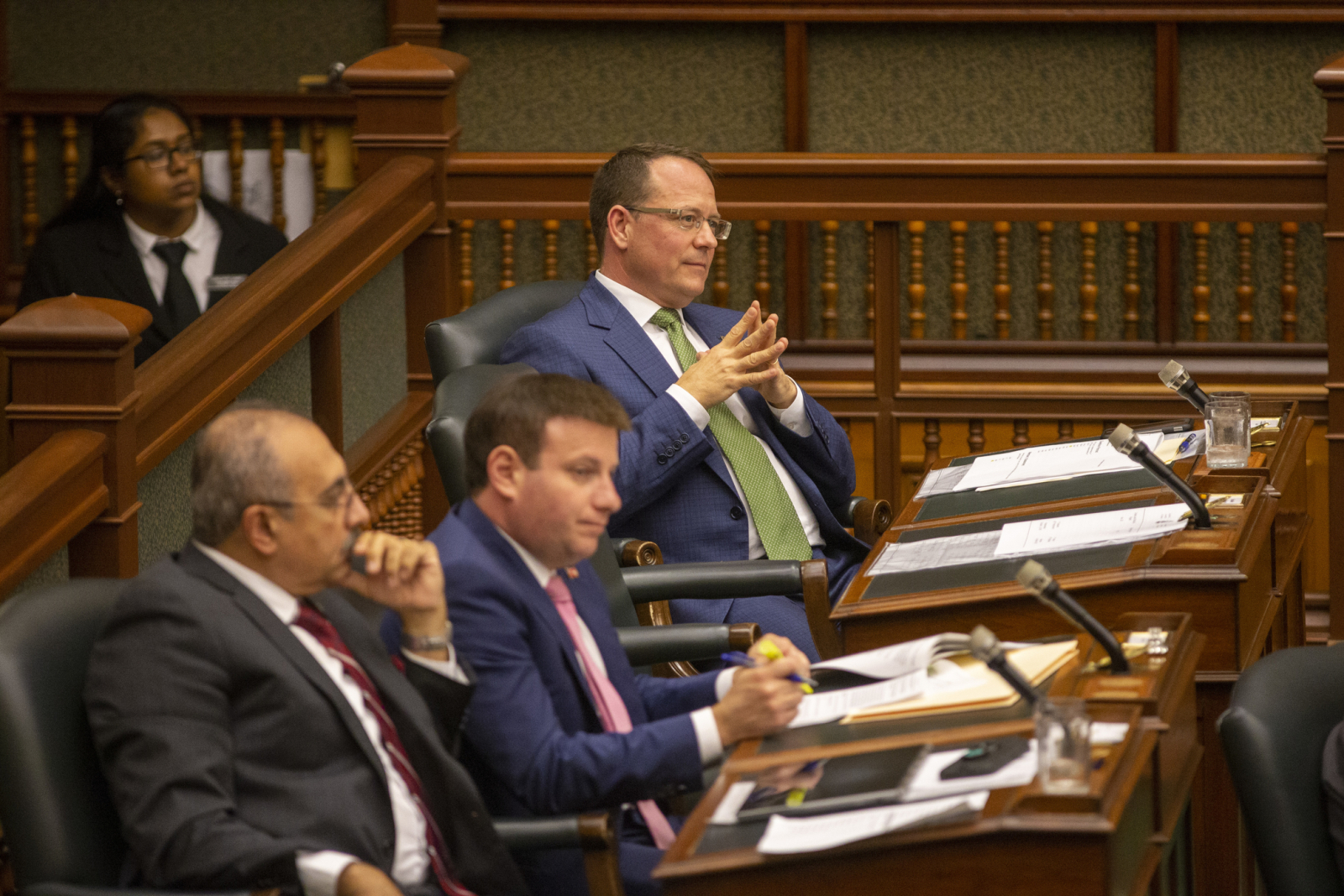 As a resident of Guelph, Mike Schreiner has been a longtime champion of water protection issues in southwestern Ontario, where the quantity and quality of drinking water is under threat by industry and development.

The Green Party of Ontario leader has personally advocated for the city's efforts to negotiate with a local quarry operation that has been requesting the doubling of its extraction activities since 2007. The issue has been a source of contention ever since.

Residents have been worried it will contaminate the the groundwater 8 in 10 residents in the city depend on through access to wells, Schreiner said. The issue has been in mediation with the Ministry of Environment for over five years to help find a possible resolution. Over the years, Schreiner has collected thousands of petition signatures to help the city's cause.

But the issue of cleaning water extends far beyond Guelph's historic limestone quarry and the industrial actions it has attracted.

Now MPP for Guelph, Schreiner is making history Wednesday by introducing the Green Party's first bill — one that seeks to protect the Paris Galt Moraine that supplies drinking water to about 130,000 people in Guelph, and more than 200,000 in the region.

"Water isn't the renewable resource that people thought it was because it takes a number of years to recharge and replenish the aquifers that supply our drinking water...so we want to make sure we protect them," Schreiner told National Observer in an interview in his Queen's Park office Tuesday. "Without clean drinking water we're in trouble."

Guelph is one of the largest cities in Canada to rely so heavily on groundwater for drinking water, relying on a series of 21 operational groundwater wells and a shallow groundwater collector system.

Through extensive municipal-led water conservation campaigns, it is also one of the only Canadian cities that has seen water usage decrease as the population has increased. The municipal government has encouraged residents to adopt low water flow toilets and shower heads and worked with businesses to make sure they are using water efficiently.

Despite this, a 2017 water quantity risk assessment report presented to the Lake Erie Region Source Protection Committee found that Guelph as a community could face water shortages in the future if the expected population growth and climate change collide. As a result, for the last few summer seasons, water restrictions have been imposed in the city to limit the consumption of water by the community.

According to the report, "under the extreme scenario for the combined impact of drought conditions...land use development, and additional future municipal pumping, there was a significant risk that the water supply system would not meet the future demand."

With the region's estimated population set to increase to one million people by 2041, the need to protect groundwater is clear, Schreiner said.

“The responsible thing to do now is put plans in place to protect it," he said. "It seemed appropriate that (this issue) would be my first private member's bill."

To do so, Schreiner is proposing the Paris Galt Moraine Protection Act — a conservation plan that provides a framework to protect the moraine's ecological and hydrological features.

"We want to make sure development's done in a way that's responsible and thoughtful, that protects the moraine and protects the wetlands," he said.

The Paris Galt Moraine is an integral part of the backbone of the Grand River watershed that serves as the main water supply to the region.

A moraine is glacial debris that has accumulated through geomorphological processes. The Paris Galt Moraine, which extends some 150 kilometres along the watershed, acts as a natural filter that recharges most of the region's groundwater. If it isn't protected, Schreiner said, government will have to make large investments in regional water infrastructure.

Schreiner's bill will develop a conservation plan in consultation with affected ministries, municipalities and Indigenous leaders, and will be reviewed every 10 years.

"It's the environmentally, socially and fiscally responsible approach," Schreiner said. "We prioritize drinking water for people and communities and that we don't have to spend hundreds of millions of dollars building water infrastructure because we haven't protected what nature provides for free."

Private member's bills can take two approaches, Schreiner said. They can either make a statement or they can be formulated in a way that turns the bill into legislation. "This bill is both," he said. "I'm making a statement that I think we need stronger protections for water, but I've done it in a way that I'm hoping it has a chance of passing."

Schreiner modeled his first bill after the Oak Ridges Moraine Conservation Act, which was written and passed by a Progressive Conservative government in 2001 and proposed similar protections for the 1,900 square kilometres of land and water in south-central Ontario. He hopes this way the government will be "sympathetic" to his bill and "recognize the good work of a previous conservative government."

His bill comes weeks after the Ontario government backtracked on a proposed piece of legislation that could have opened up the province's protected greenbelt to development. The greenbelt is a 7,200-square-kilometre area that borders the Greater Golden Horseshoe area, which was established in 2005 to protect environmentally-sensitive land and water from urban development.

Bill 66 could have had significant implications for Guelph. In 2007 Guelph city council requested the provincial government to add the undeveloped portions of the moraines to the Province's greenbelt plan. Two years later, the city reversed its position, and allowed development on moraine land.

"Here's an opportunity for (the government) to expand those protections to a part of the province that doesn't have the same kind of protections that the greenbelt has in an area where there are deep concerns about the quantity of the water that's available," Schreiner said about his bill.

Since summer 2018, Schreiner has consulted with members across party lines, including a Conservative MPP who "gave quite a bit of feedback," which he incorporated in the bill. He has also had "productive conversations" with Environment Minister Rod Phillips and consulted leaders of the Mississaugas of the the Credit First Nation about the matter.

"We came up with a bill and a strategy that can speak to every party," Schreiner said. "It's about the environment, but it's about public health, and it's an economical and fiscally responsible piece of legislation."

Agriculture sustains the economy of Guelph and the surrounding regions, he noted. "If we don't have water to grow our food, businesses aren't going to invest in a community that doesn't have access to enough water to supply those businesses with the water they need," Schreiner said.

"I want my kids, grandkids, their kids and grandkids to have water," he added. "I'm trying to put the protections in place where the environment filters and cleans our water for free essentially.

"I don't want us to have to spend millions of dollars in water treatment infrastructure or build a pipeline to one of the Great Lakes or something like that."