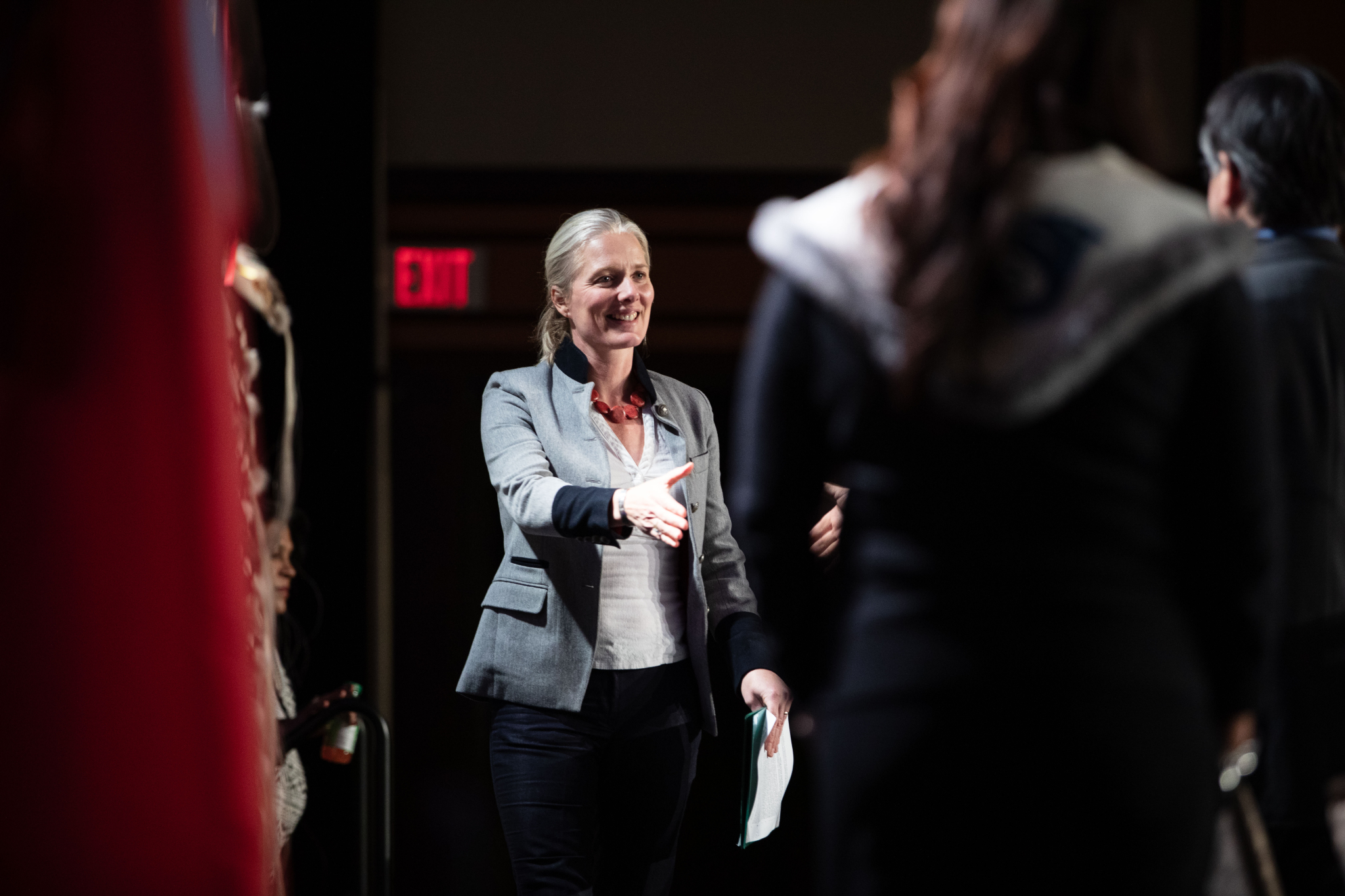 File photo of Environment and Climate Change Minister Catherine McKenna at the Westin Hotel in Ottawa on Dec. 5, 2018. Photo by Alex Tétreault
Previous story
Next story

Canadian Environment Minister Catherine McKenna is planning to award a multimillion dollar grant to a non-profit organization that will take on a watchdog role, holding the federal government to account for its climate change commitments and policies, says a spokeswoman from her office.

The minister's office confirmed the plans after McKenna's staff met with the chief executive of the U.K.'s climate watchdog, who was visiting Ottawa this week.

McKenna’s office said that such an institute could help fill the void created by the government of former prime minister Stephen Harper when it cancelled funding for the National Round Table on the Environment and the Economy, or NRTEE, forcing the independent organization to close its doors in 2013.

Last year, the Trudeau government committed $20 million over five years in its federal budget to convene experts who could assess the effectiveness of its efforts to tackle carbon pollution — such as putting a price on emissions, making buildings more energy efficient and encouraging electric cars.

In the fall, it opened a “competitive process” that would identify a winning organization. The government would then negotiate an agreement with that organization to implement its proposal for an "institute" to provide research, analysis and advice on the progress of Pan-Canadian Framework commitments.

This call for proposals ran from Oct. 30, 2018 to Jan. 14, 2019. Eligibility was limited to “new or existing not-for-profit organizations," and applicants were subjected to a series of requirements, like submitting "letters of support" from a minimum of three organizations such as other non-profits, universities or provincial governments.

The requirements also state that applicants who bring other sources of funding to the table "would be viewed positively" so long as the institute remains "clearly non-partisan, independent and credible" and that funding sources and associated risks are disclosed in the applicant's proposal.

Environment and Climate Change Canada said last fall that it would assess all submitted proposals and select the successful applicant by March 2019.

Chris Stark, the chief executive of the United Kingdom’s Committee on Climate Change, told National Observer in an interview Feb. 25 that his office had been hearing from the Canadian government “about their desire to see some sort of body in that independent watchdog role.”

His committee was created 10 years ago as a statutory body under the U.K’s Climate Change Act 2008, and provides advice, conducts research and monitors progress on climate targets. Stark said he is a “strong advocate for a similar institution” as his committee.

An example of his committee’s work is its recent report showing little progress in reducing carbon pollution from U.K homes, despite the country's climate change act demanding “near-zero” emissions from homes by 2050.

Independent oversight and funding of this nature would help keep climate change issues on the agenda in Canada over the next few years, regardless of who wins the upcoming 2019 federal election.

McKenna’s press secretary Sabrina Kim confirmed that Stark has met with McKenna’s chief of staff, Marlo Raynolds, and senior policy advisor Clare Demerse, as the minister prepares to choose the winner of the competition.

Liberal MPs Nathaniel Erskine-Smith and Arif Virani also praised the role of the British committee after meeting with Stark. They noted it provides independent oversight and holds the government accountable. Erskine-Smith said on Twitter that "we would do well to follow the UK's lead through."

Kim also noted the U.K. climate institute, as well as other such advisory bodies in Germany and Finland, saying Canada’s international partners benefit from independent research and information on climate change.

She described the coming institution as “an arm’s-length, policy-oriented organization” that would “build on and strengthen the capacity of climate experts in Canada to provide informed advice to governments and all Canadians.”

“While the previous government cancelled the National Round Table on the Environment and the Economy, a non-partisan institute that provided expert advice to their government on climate action, our government will continue to ensure that Canadians have access to the best evidence-based advice and expertise about climate change,” she said.

Uh-huh. Sure. Cody Battershill is high on their list no doubt.

Other governments just do

Other governments just do things. What a waste of money. Seems to me that is her job.

Shaking my head. When will

Shaking my head. When will this Government actually do something that will truly reduce our fossil fuel dpendence and our carbon footprint?
Where is our climate leadership?
What about transferring the subsidies from fossil fuels to retraining the unemployed in design, fabrication, installation and maintenance of clean energy systems? What about using them to retrofit existing homes and commercial buildings? Electric vehicles? Developing and producing alternatives to plastics?
Helping Canadians to live in a way that truly addresses climate change?
We all know how to do the same old hokey pokey. Where is the leadership?

I have a notebook filled with

I have a notebook filled with fantastic amazing things other countries have done to fight climate change and this minister just puts stuff off. This initiative is just more stalling.