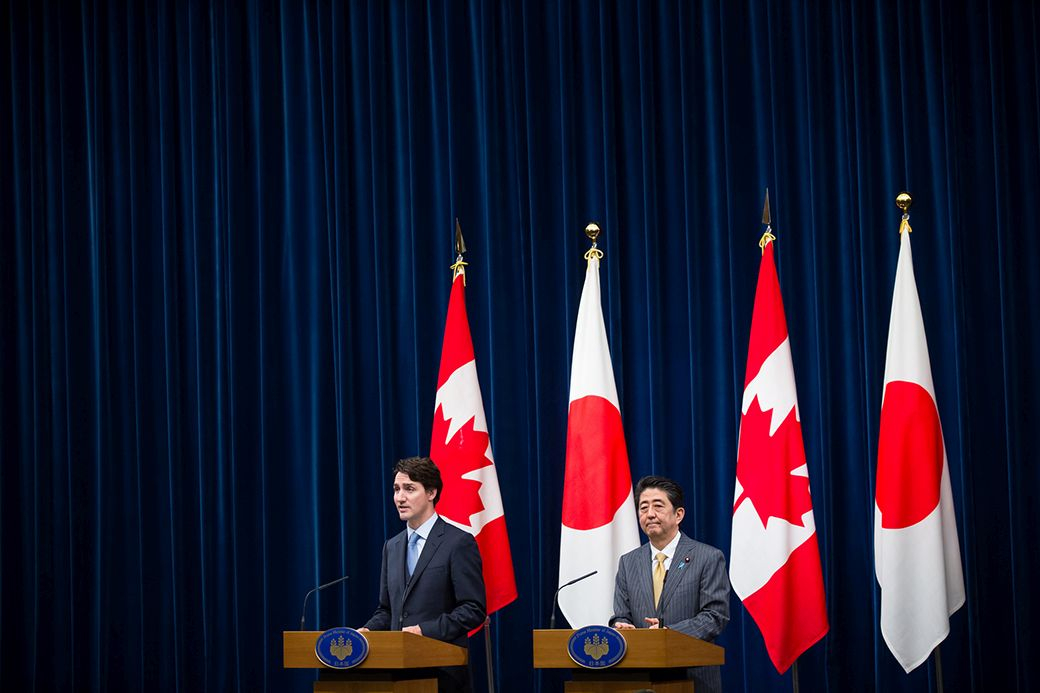 Japan’s continued support for coal power should be on the agenda when Prime Minister Justin Trudeau meets Japanese Prime Minister Shinzo Abe this weekend, given the recent surge in public concern about climate change.

Prime Minister Abe has called on other world leaders to join him in the fight on climate action. “We must take more robust actions,” he wrote. “And swiftly.” Despite these words, Abe’s government continues to provide taxpayer-backed financing to build coal power plants around the world, even as the economics of coal become more tenuous, undermining the credibility of his call for stronger global cooperation on climate change. Just last week, the Japan Bank for International Cooperation approved a $1.2 billion loan for a coal plant in Vietnam, locking in decades of new carbon emissions.

Coal’s enormous contribution to climate change is not the only reason Japan should consign it to the scrap heap. A 2017 study led by Harvard University researchers found that in Indonesia and Vietnam — where Japan is most active in sponsoring new coal plants — coal plants could cause about 43,000 premature deaths each year by 2030, primarily from respiratory and cardiovascular disease. As air pollution issues grow worse, those responsible are more likely to be viewed as regional pariahs rather than responsible development partners.

Given Canada’s leadership of the global Powering Past Coal Alliance, Trudeau should use this opportunity to broach Japan’s addiction to coal in his meetings with Abe. While the health and climate arguments are compelling, he can leverage hard financial facts, too: while the rest of the financial world is already moving away from coal, a few holdout governments — like Japan’s — have become some of the last bastions of financial support for the coal industry.

Much of the rest of the world is already changing. More than 100 major global financial institutions have announced restrictions on their financing for coal, and the pace of change is accelerating: since January 2018, every two weeks a bank or insurer has announced a new, more stringent policy on coal.

A recent report indicates that one of Japan’s three megabanks, Mitsubishi UFJ Financial Group, is set to end its investments in new coal projects and dramatically reduce its exposure to coal-fired power, both at home and abroad by 2030. And in January, Export Development Canada, the state-owned export credit agency, announced a new policy excluding financing for coal plants and thermal coal-related infrastructure, and for companies whose revenues rely heavily on coal. Trudeau can therefore credibly argue for more ambition from Japan on the issue of polluting coal power.

Turning away coal doesn’t mean turning away opportunity. In the past year, Japan’s largest trading houses moved aggressively into the offshore wind power business, and Japan plays host to some of the world’s leading battery manufacturers, a huge potential growth area. In November, Toyota’s executive vice-president Shigeki Terashi put a fine point on how much there is to gain — or lose — in the clean technology race: "The one who conquers batteries will conquer the electrification of cars.”

Abe should see that to position itself well in the region and on the global stage, Japan would be wise to focus on clean technology instead of coal.

As Abe and Trudeau meet, mainly to discuss the June 28-29 G20 Summit that Japan is hosting in Osaka, it’s worth recalling that the G20 was founded as a forum for cooperation on financial stability in response to the 1997 Asian financial crisis. In that context, it would be prudent for Japan to signal recognition of the significant financial risks of continued coal investment. While Japan is under the international spotlight during the G20 Summit in June, and as the country prepares to host the Tokyo Olympics next summer, Abe can demonstrate that he is willing to match words with action on the issue of climate change and end Japan’s international finance for coal.

Don Roberts is the CEO of Nawitka Capital Advisors Ltd. and a former Vice-Chair of Investment Banking with CIBC Capital Markets.

Mr. Trudeau should probably discontinue meeting with world leaders. He seems to have a penchant for costing Canadians worldwide trade. He is not respected on the world stage.