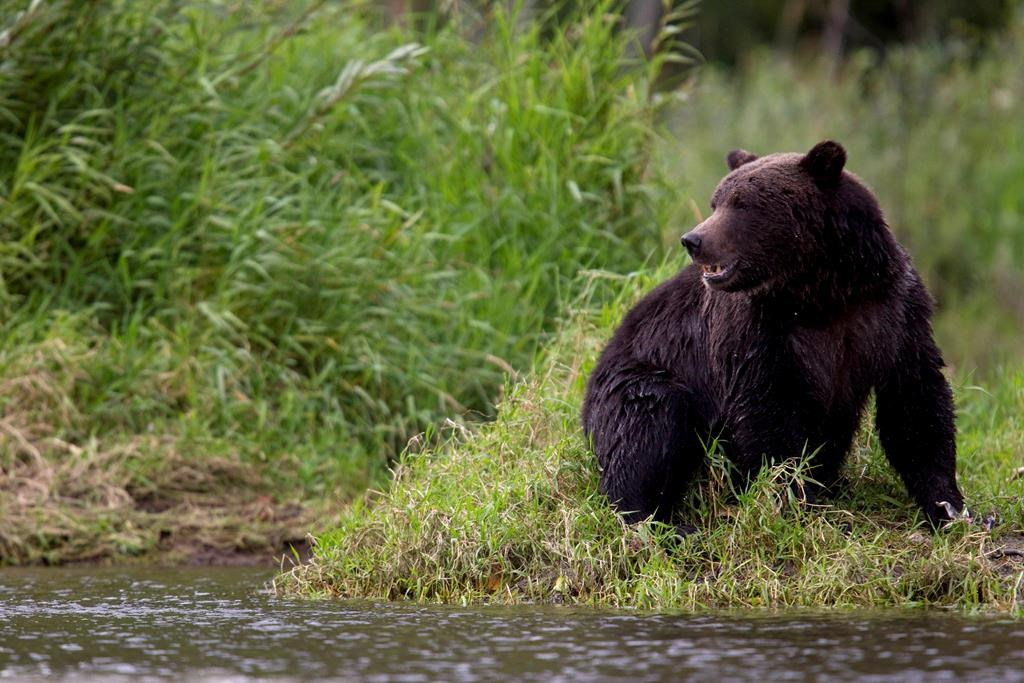 A grizzly bear is seen fishing along a river in Tweedsmuir Provincial Park near Bella Coola, B.C. on Friday, Sept 10, 2010. File photo by The Canadian Press/Jonathan Hayward
Previous story
Next story

Motorists in Banff National Park are being urged to heed speed limits and report wildlife sightings after the second grizzly bear in three weeks died from a vehicle strike.

The animal had an open compound fracture on her right hind leg, an injury to her right front paw and was severely emaciated. Parks Canada staff euthanized her the next day.

Ten days earlier, someone reported a family of grizzlies around where the Trans-Canada Highway meets the Sunshine access road. They were on the wrong side of a fence meant to keep wildlife from the highway.

"The fence along the TransCanada highway through Banff helps deter wildlife from accessing the highway. But it is not impermeable," Hunt said.

"Motorists still need to respect speed limits and be extremely cautious on all roadways. Together we can contribute to the successful co-existence of people and wildlife."

Parks Canada investigators found blood on the highway near where the bears were spotted, leading them to conclude there had been a vehicle strike. No one reported the collision itself to Parks Canada.

Hunt said if motorists see animals on the highway or hit one, they should report it quickly.

"In a case like this, even if it didn't change the outcome, it would have prevented 10 days of suffering for this animal."

It's believed the bear that died was with a grown female and another yearling. Video images suggest the other two bears survived and are in good health, Hunt said.

Hunt said there are more bears in the valley around this time of year because it's still snowy at high elevations. He said there have not been an abnormal number of deaths this year of other animals along the highway, such as elk or sheep.

On June 4, a male grizzly was hit by a semi-truck on Highway 93 South near the Trans-Canada Highway in Banff.

That was the first human-caused grizzly death in the national park in five years.

"I'm hopeful that this is more of a coincidence than a pattern," Hunt said of the two recent deaths. "Certainly when we look over the longer-term data, we've had quite good luck in recent years."

By The Canadian Press | News, Politics | October 8th 2018
State Of The Animal

If the fence is not

If the fence is not impermeable it isn't doing it's job. Also if alternate means of "crossing the road" are not provided - such as underpass tunnels or wildlife bridges, then the larger, more powerful animals will likely force their way through the fence. Our first mistake was building a high speed highway through a National Park/wildlife refuge. Tear up the highway - provide only escorted, limited visitor motorized incursions on unimproved unpaved roads that don't connect with any other road but make a loop through the "viewing" area.