We need visionary leaders ready to face the climate emergency 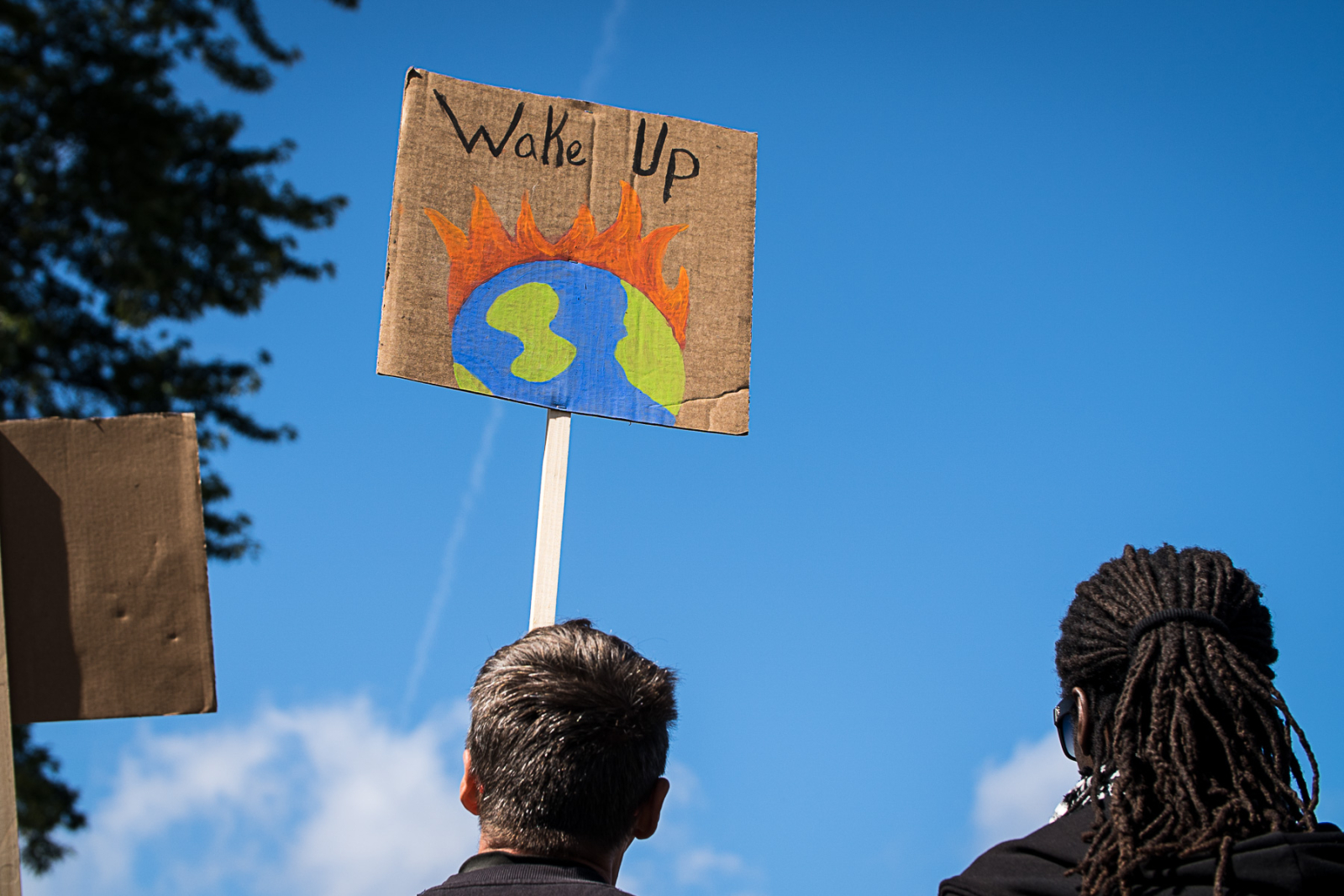 A protest sign is hoisted at the Montreal climats strike on Sept. 27, 2019. Photo by Josie Desmarais
Previous story
Next story

Our economic system, reliant on ever more polluting unconventional sources of energy, is evidently out of sync with the planet we inhabit and the shared values that unite us.

The planet is literally burning. Air pollution is killing millions of people. Flooding and erosion are assaulting coastal areas destroying infrastructure or rendering them more vulnerable.

Remaining in denial is costing Canadians greatly: extreme weather insured damages in Canada cost $1.4 billion in 2018 alone and is growing exponentially. We are undergoing the sixth mass species extinction event since life began on earth, this time due to human activity.

We are losing essential-to-our-survival ecological services ⁠— clean air, water and food ⁠— that nature has so far provided freely.

Inequality of income is also growing despite political promises to the contrary, further fueling cynicism and distrust in politicians and democratic institutions.

The latter are increasingly perceived to be in the pocket of those who can afford armies of lobbyists to exert pressure behind closed doors and ensure laws and policies benefit their private interests rather than the public good.

Business as usual already bears unacceptable consequences, and keeping on this trajectory can only lead us over the proverbial cliff.

Avoiding catastrophic climate change, resource depletion and global economic meltdown is possible, but it will require a transition of extraordinary scope, depth and speed. Such a collective endeavour requires each person to do their part if it is to succeed, starting with educating oneself about the issues and voting accordingly.

Fear is a normal human reaction to this worrisome state of affairs and to the urgency with which we need to change. We can be controlled by fear, deny the reality we now live in, become small-hearted and double-down on simplistic, obsolete notions of infinite economic growth.

Indeed, we have seen the rise of populist demagogues here and abroad preying on our worst human instincts to gain power by fueling division and hate. This is hardly creating a society in which anyone would want to live.

Another possible outcome is to triumph over fear ⁠— to develop courage. We can embrace the complexity of the world we now inhabit, recognize our radical interdependence and respond with empathy, creativity and co-operation. Not just try to avoid the worst but strive to do, and be, better than we ever have.

Most of the history of scientific endeavours to date have focused on separating elements of a whole to understand how individual parts work. However, recent scientific discoveries from biology to quantum physics teach us that everything is related and interdependent, often confirming ancient indigenous wisdom.

This “new” understanding should also transform how we understand the functioning of human societies. Traditional production models are linear and based on a cycle of extraction-transformation-production-use-disposal, where most of the waste and damages caused are not accounted for.

The economy, the energy it requires to function and its environmental consequences can no longer be considered in silos. The economy itself must become circular if humanity is to survive and thrive in the future.

We must re-couple economic performance with gains in human wellbeing and de-couple it from environmental damage. Breakthrough technologies and social innovations, from utility-scale storage of renewable energy to smarter fertilizers and bioplastics, are already disrupting the status quo.

We just need visionary leaders that can support their sustainable development and growth.

We need political leaders who respond to the challenges and opportunities of the 21st century credibly, that can guide us on a just transition of our economy and energy systems; not ones that deny the complex world we now live in or only pay lip service to it.

Credible planning involves much more than one-liners and slogans. During this election we must scrutinize all party platforms and electoral promises for details not only on lofty goals, but on the paths forward and means to achieve them, on timelines and costs and most importantly the extent to which candidates of all political stripes understand the intrinsic vital nexus between economy, energy and environment.

We must criticize and ultimately discard politicians who disagree with or diminish the importance of the above facts. If in power, they would not only put our health and safety at risk but also lead us to bankruptcy.

On Oct. 3, 100 environmental debates will occur across the country. Hopefully Canadians will seize this opportunity to ask the hard questions and demand adequate answers.

Come election day, I can only hope that Canadians will choose leaders equipped for business as unusual, as if our lives and future lives depended on it, because they do.