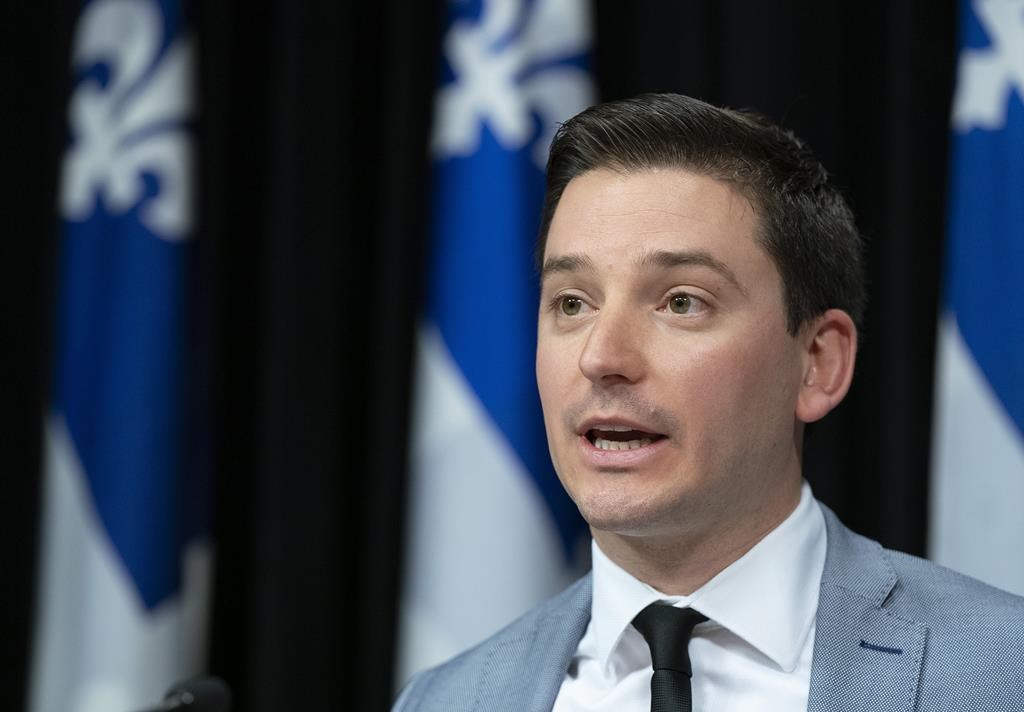 Quebec Minister of Immigration, Diversity and Inclusiveness Simon Jolin-Barrette speaks at a news conference at the legislature in Quebec City on March 28, 2019. File photo by The Canadian Press/Jacques Boissinot
Previous story

Quebec won't legislate to prevent retail workers from welcoming their customers with "bonjour-hi," Quebec's immigration minister said Monday — three days after he raised the possibility of outlawing the bilingual greeting.

Simon Jolin-Barrette, who is also minister responsible for the French language, said the government will work to encourage retailers to greet customers in French, but he shut the door on the idea of forcing them by law.

"I think the government of Quebec has to take all the measures to put incentives in place to ensure people are welcomed in French in different businesses, but we won't legislate on the singular question of 'bonjour-hi,'" Jolin-Barrette told reporters in Beloeil, on Montreal's South Shore.

The bilingual greeting has been widely adopted by retail workers in Montreal in an effort to welcome a diverse clientele, but it has also become a sore point among those who fear the gradual erosion of the French language in the province's largest city.

On Friday, Jolin-Barrette said the province was looking for a way to ban the greeting as a way of building on two unanimous motions passed in the legislature calling on store clerks to stick to a simple "bonjour."

As justification, he cited a recent study by Quebec's language watchdog that suggested bilingual greetings became twice as frequent between 2010 and 2017, making up eight per cent of all greetings in Montreal. Unilingual French greetings dropped to 75 per cent from 84 per cent over the same period.

Jolin-Barrette did not specify how he planned to accomplish the ban but insisted to reporters that people want to be welcomed in French — an assertion he repeated Monday.

"When tourists come to Quebec and Montreal, they're happy to hear the word 'bonjour,' which is a word that is internationally recognized across the world," he said.

He clarified his earlier remarks, saying that while the government is looking at a variety of measures to promote and protect the French language, he had never intended to legislate specifically on the popular phrase.

Instead, he said his government would use other methods to encourage the use of French in businesses, such as education campaigns.

Meanwhile, a recent poll found that an overwhelming majority of respondents — 76.6 per cent — "strongly" or "somewhat" agreed with the statement that "Montreal is a bilingual city."

Leger marketing, which conducted the survey for the Association for Canadian Studies, polled 1,937 Quebecers, on the subject via web panel between Aug. 29 and Sept. 4. No margin of error was given.

This report for The Canadian Press was first published Oct. 7, 2019