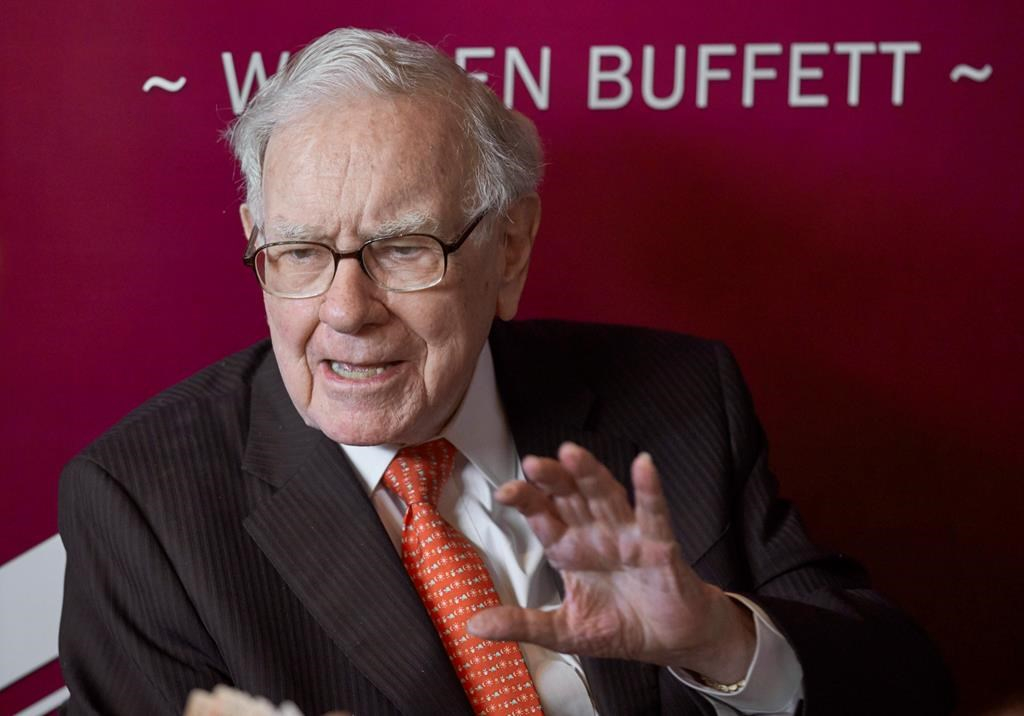 Warren Buffett, Chairman and CEO of Berkshire Hathaway, speaks during a game of bridge following the annual Berkshire Hathaway shareholders meeting in Omaha, Neb., on Sunday, May 5, 2019. File photo by The Associated Press/Nati Harnik
Previous story
Next story

A company linked to American investment guru Warren Buffett says it will break ground on a $200-million, 117.6-megawatt wind farm in southeastern Alberta next year.

The Rattlesnake Ridge Wind project will be located southwest of Medicine Hat and produce enough energy to supply the equivalent of 79,000 homes, says Calgary-based BHE Canada, a subsidiary of Buffett's Berkshire Hathaway Energy.

"For us it's just opportunity in Alberta," said Bill Christensen, vice-president of corporate development for BHE Canada.

"The technology has improved, the wind regime is strong in Alberta. That and our ability to identify a good off-taker (power customer) has resulted in an opportunity for us to invest in Alberta."

The project is being developed by U.K.-based Renewable Energy Systems, which is building two other Alberta wind projects totalling 134.6 MW this year and has 750 MW of renewable energy installed or currently under construction in Canada.

Rattlesnake Ridge is being built despite the end of the Renewable Electricity Program created by the previous New Democrat Alberta government, which offered electricity price guarantees for project proponents who bid in three auctions to build new wind generation.

The Canadian Wind Energy Association says Alberta has the third-largest wind power sector in Canada with about 1,500 megawatts of capacity from 900 turbines at 37 projects. The sector is set to add about 1,300 megawatts over the next two years.

BHE Canada and RES are currently looking for power purchase partners for the proposed Forty Mile Wind Farm in southeastern Alberta — they say with generation capacity of 398.5 MW, it could potentially be the largest wind power project in Canada.

Berkshire Hathaway Energy also owns AltaLink, the regulated transmission company which supplies electricity to more than 85 per cent of the Alberta population.