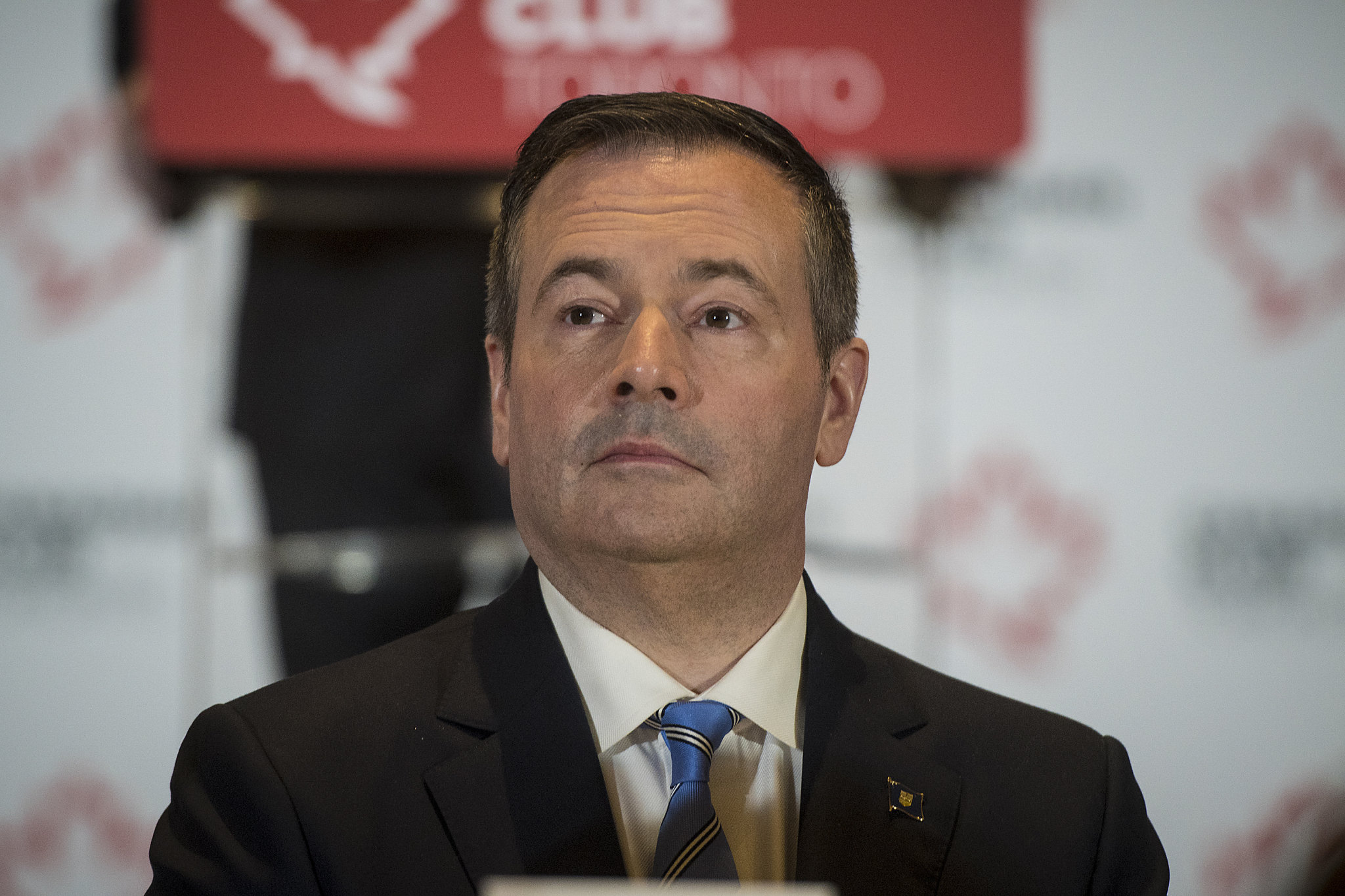 Alberta Premier Jason Kenney at the Fairmont Royal York Hotel in Toronto on May 3, 2019. Photo by Tijana Martin
Previous story
Next story

Alberta is putting all its climate change chips on technological innovation and the “war room” meant to defend the province’s oil industry.

Last spring Premier Jason Kenney was elected on a key promise to remove the province’s carbon tax. The replacement climate plan was unveiled on Oct. 29, and is called the Technology Innovation and Emissions Reduction Fund (TIER).

TIER only targets industry with emissions over 100,000 tonnes of carbon dioxide equivalent annually. Companies then have the choice of lowering their emissions by 10 per cent, paying $30 per tonne on emissions that don’t meet the reduction targets, or buying credits from other companies that have exceeded their required reductions.

This TIER program will replace the comparable program that began on Jan. 1, 2018, under the previous NDP government, the Carbon Competitiveness Incentive Regulation (CCIR).

The UCP program wholly backs technology as the golden goose to further decrease emissions from there, with the first $100 million in revenues, along with 50 per cent of revenues after that to the tune of roughly $1.2 billion, devoted to emissions-reduction technology.

This includes $324 million being allotted to investment in carbon capture technology as well as $116 million earmarked for the Oilsands Innovation Fund.

While the UCP claim that the program will have similar emissions reductions as the NDP’s plan, the Pembina Institute criticized the switch to the new program.

Analyst Jan Gorski said, “Alberta’s government is betting on technology and innovation to reduce emissions from industry, but by proposing a carbon pricing system that is less effective than the one currently in effect, it is in fact weakening the market signals that encourage industry to innovate.”

TIER is also where the money for Alberta’s “war room” is coming from, which is set to start work in the new year. The war room, now a corporation named the Canadian Energy Centre, has $30 million flowing to it initially to get started on a communications strategy defending Alberta’s oil and gas sector and correcting “misinformation,” according to Kenney.

The provincial budget, released last week, revealed that the $30 million was only the beginning of the funding, as $80 million will be set aside for the war room’s continued operation.

The TIER program has taken into account some feedback from experts as it has changed from what the UCP originally published during the election campaign as their plan. The new version has seen an increase in the levy on surplus emissions from $20 to $30 per tonne, as well as includes aspects of the NDP’s program when determining benchmark emissions levels.

And while it is not ideal to have regulations like this changing so regularly, Jason Dion, an analyst at Canada’s Ecofiscal Commission, explained, most new governments will want to take ownership of climate plans from here on out. He also argued in favour of at least some technology spending orchestrated by government that likely won’t happen otherwise.

“Technology is definitely going to be a big part of the way in which industrial sectors are able to reduce their emissions intensity. We need innovation,” Dion said.

“And there's a pretty clear finding in the economics literature that the private sector tend content to under invest in research and development when it is research that is in the public interest and that there's a role for the public sector to push [research and development], to drive innovation that might be under delivered in the private sector.”

At his state of the province address in Edmonton Tuesday, Premier Kenney said, “TIER will incent major emitters to reduce greenhouse gases and generate revenue for further investment in low-carbon energy [research and development].”

He is the absolute worst.

He is the absolute worst. That is all.

I support every step taken.