Half of voters were unhappy with Scheer's climate plan, poll finds 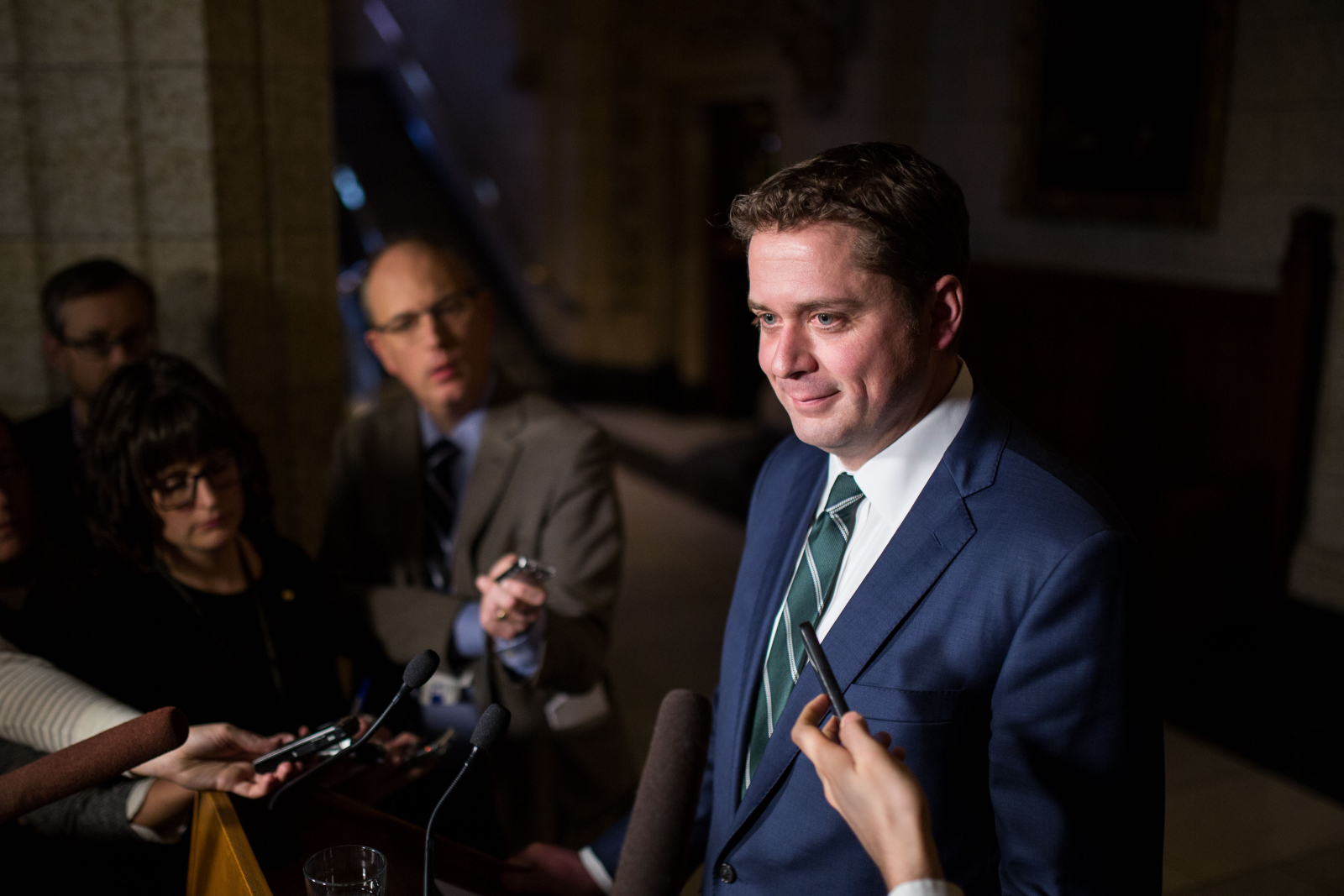 More than half of Canadian voters were unhappy with the Conservatives' climate plan, according a poll released Thursday.

About 69 per cent of those surveyed were at least somewhat familiar with the Conservative plan, which was widely criticized by experts who deemed it unlikely to reduce greenhouse gas emissions.

But 58 per cent of those who knew about the plan thought it was “too little, too slow,” compared to 37 per cent who thought it was “about right,” according to the poll conducted by Pollara Strategic Insights for Clean Energy Canada, a think tank based at Simon Fraser University.

“If you want to be prime minister in this country, you better take climate action,” said Merran Smith, founder and executive director of Clean Energy Canada, which researches clean energy and climate.

Scheer has previously pointed out that the Conservatives won the popular vote in the Oct. 21 federal election, though that support was concentrated in the Prairies and couldn't win the party the most seats in Parliament.

The poll also found that although 37 per cent of voters wanted the Liberals to implement the climate plan they campaigned on, another 30 per cent want the new government “to do more at a faster pace.” About 24 per cent wanted the government to do less at a slower pace (the remaining nine per cent weren’t sure).

Though Canadians were divided along partisan lines about climate action, the poll found broad bipartisan support in all provinces for a federal program that would invest in clean-energy jobs and green infrastructure.

The idea had majority support among voters for all major parties ⁠— though support was lowest for the Conservatives, at 58 per cent. Nationally, 78 per cent of those surveyed supported the concept, the poll found.

Less popular was the idea of ending oil and gas subsidies, which received only 51 per cent support nationally, according the poll. Just 25 per cent of Albertans supported it.

Smith said that although debates over the future of energy in Canada are contentious, clean energy can be a point of national unity.

“There's a real role for Alberta (in clean energy),” she said. “Alberta has an educated population, a skilled workforce and has resources. I would say the next steps are to invest in how to have that be part of the energy transition.

“There are global influences that have changed the energy sector, so there's no going backwards,” Smith said.

“I think we need to unite around the energy transition in Canada... Canadians, by and large, want to support it. So it's really a political no-brainer.”