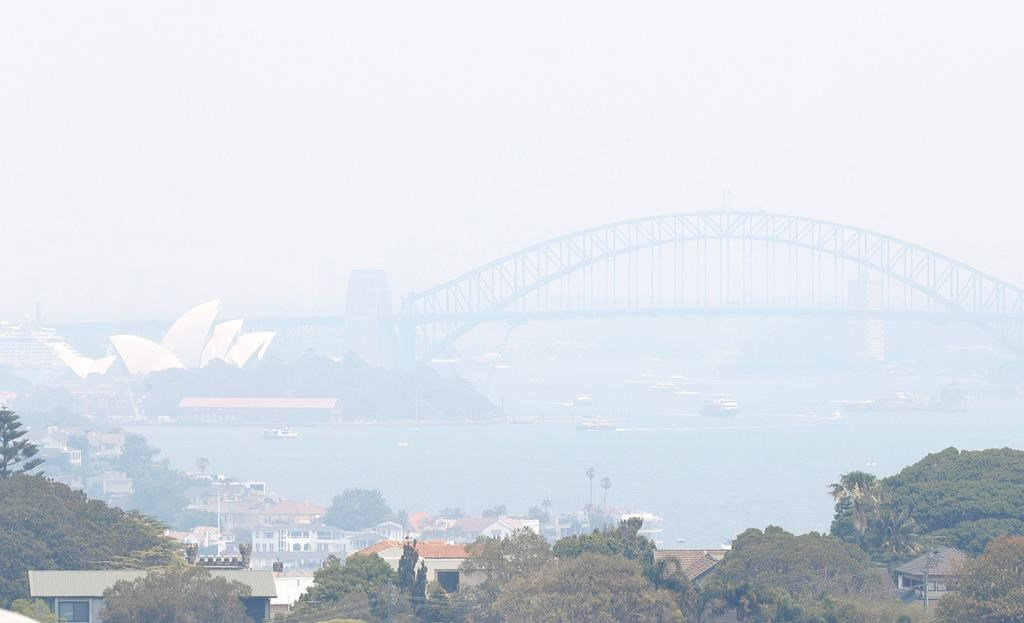 It was a recent trip to Australia during the country's devastating wildfires that got Paul Winston thinking seriously about changing his globetrotting habits.

The Victoria doctor says he came back from this past Christmas holiday wondering about the impact his own travels have on the environment, convinced that the terrifying bush fires are linked to the climate crisis.

Frequent travel is a professional necessity for Winston, who says numerous work conferences and out-of-town obligations keep him on the move with short- and long-haul flights. It got him researching whether to buy carbon offset credits to alleviate his carbon dioxide emissions.

"A few years ago I wouldn't have even thought about it. And (now) you feel, 'Gosh, what's my role in this?'" says Winston, adding that he finds it hard to find impartial information about providers and their products.

Winston says it's also hard to know whether specific offset credits align with his own eco-goals, and he's worried about sharing personal details on online emissions calculators.

Eco-experts say the New Year is a popular time for average folks to bump up green efforts, even as they plan winter getaways.

Of course, they encourage travellers to consider less impactful modes — bus and rail travel are much better options than short-haul flights and gas-guzzling SUV road trips — and keep those trips closer to home.

Toronto eco-warrior Helen Melbourne advises sun-seekers think carefully about what sustainable measures they're willing to commit to, and continuing those efforts when they return.

"You tend to overdo it and then stop doing it because it's too difficult," says Melbourne, creative director of Creative Reuse Toronto. "I'd certainly rather see people accomplish a bit at a time and keep the pattern going and growing."

Here's a look at some tips to lighten your vacation footprint.

ENLIST YOUR FLIGHT (OR TRAIN) ATTENDANT

So you've refrained from buying airport snacks by bringing your own and filled your reusable water bottle at the gate after passing security, but the onslaught of single-use plastics is far from over.

Emily Alfred, the waste campaigner for the Toronto Environmental Alliance, says don't be shy about handing your reusable bottle or thermos to a flight attendant when they take drink orders, while Melbourne suggests bringing silicone straws, cloth napkins and a wet bag to store reusable items that will need to be washed later.

"There's a lot of single-use waste that is just not necessary. So if we can bring a few lightweight, reusables that really helps," says Alfred.

Those reusable supplies, along with reusable cutlery and food containers will come in handy once you land and find yourself eating out more than usual, adds blogger Tara McKenna of TheZeroWasteCollective.com.

She suggests making a "zero waste kit" that includes everything you need in a grab-and-go pack — don't forget dish soap — and taking it with you everywhere.

Backpacking isn't for everyone, but reducing your luggage even a little bit will reduce the load that trains, planes, and vehicles have to carry, and thereby the fuel they use, says Melbourne.

"The weight of the luggage is one of the biggest things that is adding to environmental degradation because of the need for extra fuel when you carry more," she says. "This is one of the reasons that the airlines have started (making) it obvious what the charges are for carrying a lot of stuff."

Still, Melbourne will bring her own soap, shampoo and other toiletries to avoid more plastic packaging ending up in the trash at hotels. Alfred suggests packing reusable bags in case you go grocery shopping, but if you forget, consider buying a reusable cloth bag from a local business or designer that doubles as a practical souvenir.

When it comes to souvenirs, McKenna and Melbourne are mindful of any impulse purchases that will just end up in the donation pile.

"If you go to Calgary for the Calgary Stampede and you buy a cowboy hat, are you going to wear that cowboy hat all year long?" asks McKenna. "You don't live in Calgary. So is that going to be your thing?"

Photos are a great souvenir, she adds, but do not bring back rocks, shells or other natural keepsakes.

"That is actually environmentally really destructive because of all the microorganisms that depend on those shells to actually survive on a beach. And you may be picking up things where the shell itself might actually be an endangered species."

THE NUTS AND BOLTS ON CARBON CREDITS

Organizations like Less make it easy to offset flight impacts by curating a list of domestic and foreign projects that meet either international or Canadian certification standards. The company has partnered with Air Canada to allow travellers to calculate and buy offsets after they book their flight, and an annual external audit assures buyers that everything is on the up-and-up, says Christine Carter, regional sales director of parent company Bullfrog Power.

Carter says demand for offsets has risen dramatically in the past year thanks to Swedish teen activist Greta Thunberg, who highlighted a growing anti-flying movement by sailing across the Atlantic for her recent North America visit.

Still, Carter notes that so-called "flight shame" appears to have taken greater root in Europe where it's easier to get around by rail.

"I don't think we're going to see that level of (flight) decline here even among people who are committed to the environment, so at least they can choose to take action through offsets," says Carter.

Carbon offsets work by supporting projects that reduce the same amount of emissions that would be caused by travel, essentially neutralizing the environmental impact of that specific trip. That could include a wind or solar farm, or tree planting. But the David Suzuki Foundation says tree-planting is problematic because it doesn't address fossil fuel dependence and other critics question the amount of carbon that even massive tree farms could absorb.

A paper by The David Suzuki Foundation and the Pembina Institute recommends projects with gold standard certification, which are considered to be the highest standard in the world for carbon offsets. That's not to say Canadian projects with certified by the CSA group are not as good, adds Tom Green, a foundation policy analyst with in Vancouver.

"They are subject to Canadian law and regulations," says Green. "So if there was any attempt to sell offsets fraudulently, or anything like that, you will be in a much better position for that to be detected and for measures to be taken."

AN ALTERNATIVE WAY TO OFFSET

The problem with offsets is that until the project gets off the ground, real harm is being done to the planet by the trip you just took, says Green.

"The project that you may invest in may take some time to sequester an equivalent amount of carbon," he says.

"We know for sure that those emissions from your flight are going into the atmosphere. We don't have 100 per cent confidence that the offsets are going to be durable. For instance, we could have a jurisdiction where there's a change in government and you know, something happens or there's major ... change in policy."

It's why he considers offsets the third-best response to dealing with flight emissions. The best tack is to reduce air travel by video-conferencing, grouping trips together, or by taking fewer vacations and staying longer, he says.

His second-best strategy is to press business and government for better climate policies.

McKenna says she prefers to put funds she could spend on carbon offsets directly towards a cause she supports.

In the case of an upcoming trip to the Canary Islands, she plans a "big donation" to Nature Conservancy of Canada. She also prefers this to funding advocacy work.

"When I know that I can fund specific projects through organizations that are doing actual work, I'm having a direct impact."

Gold Standard is a certifier

Gold Standard is a certifier of carbon offsets. As a company, it's name should be capitalized in your article. https://www.goldstandard.org/