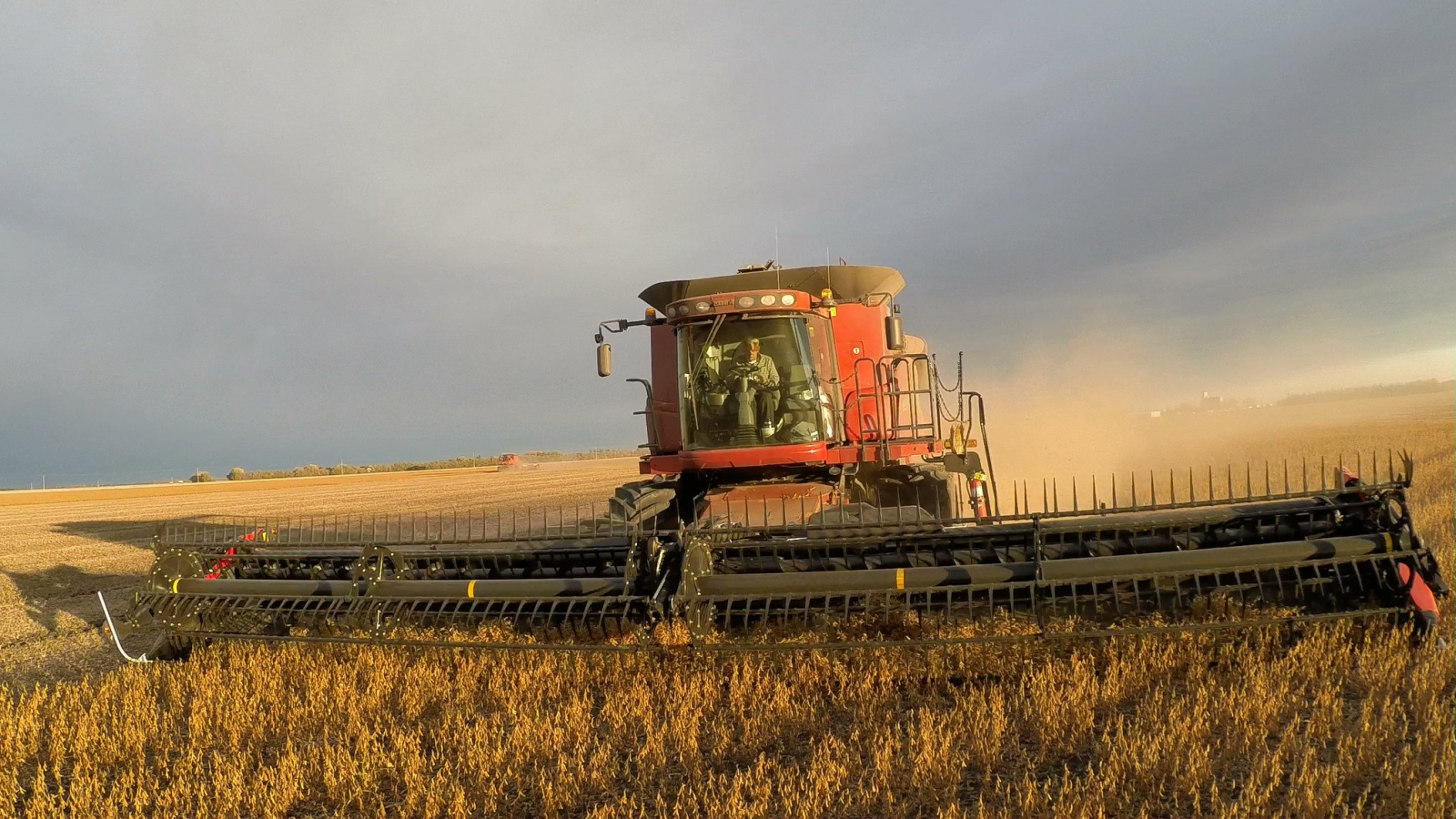 The Trudeau government is considering using existing extreme-weather programs to help farmers who got dinged by the carbon tax when drying out their grain last year.

Environment and Climate Change Minister Jonathan Wilkinson's office said Monday it is looking at "practical solutions" to the issue, as the Green Party added its voice to the chorus calling on the government to give farmers an exemption for the tax on the natural gas or propane used in grain-drying machines.

Heavy rains led to a wet harvest last year, meaning dryers had to burn more fuel for longer periods to prevent crops from rotting. The National Farmers Union (NFU) says many farmers couldn't complete their harvest before snowfall and must finish this spring, meaning more grain to be dried.

Farmers are “already having a rough time making a living,” said Paul Manly, Green MP for Nanaimo-Ladysmith, in an interview. "They’re weather-dependent, and having to pay a carbon tax on top of everything else to dry grain is a burden they don’t need."

The carbon pricing system allows farmers to file an exemption certificate for the fuel they use while farming or for transportation around the farm, as in tractors or trucks. There are also support programs for farms to become more energy efficient.

But fuel used for other purposes like grain drying is not currently exempted. That has groups like the NFU, the Conservative Party and now the Greens calling for a change.

When Agriculture Minister Marie-Claude Bibeau was asked about the issue several weeks ago, she said she needed to see more evidence of the carbon tax affecting farmers before acting.

The Green Party says the voices and experience of farmers are all the evidence it needs to advocate for a carbon tax break. “I’m a farmer. My data is the weather,” said agriculture critic Kate Storey.

“I don’t want to go on feelings, but I’m more than willing to advocate once I have the case in front of me,” said Bibeau, according to Western Producer. “I just need more evidence to see the impact it’s had on a farm.”

The government is now looking at whether it can use existing funding, said Sabrina Kim, press secretary to Environment and Climate Change Minister Jonathan Wilkinson.

"We recognize that this harvest season has been challenging for farmers. We are working hard across government to find practical solutions — such as whether existing programming with respect to significant weather events may be available to assist grain dryers."

Bibeau discussed the issue with her provincial counterparts last month, confirmed Kim. “We will continue to work with colleagues and partners to ensure we further help farmers,” she said.

Ottawa is carrying out an “early review” of its pollution pricing system this year, ahead of the scheduled review in 2022, and agriculture is expected to be one of the industries that is examined.

Just about every bushel of grain in Alberta needed to be dried this past year, said Doug Scott, a board member for NFU Region 7. He said farmers can easily spend $10,000 a month on propane.

“There was no period on the Prairies this past year where the grain was dry,” he said.

If farmers do not dry damp grain, it will decompose in storage bins, the NFU told Wilkinson in a letter it sent him dated Dec. 19.

"Spoiled, heated, or rotten grain cannot be sold, it can in some cases spontaneously combust and cause fires that destroy farm buildings, and spoiled grain is not only wasted food, but is difficult and costly for farmers to get rid of."

It costs about 30 to 35 cents a bushel to dry the grain, Scott said. That means a farmer drying out 100,000 bushels over the season would be spending about $30,000. The fuels charge translates to a few cents per bushel, so perhaps another $3,000.

Corn for grain production fell 3.5 per cent to 13.4 million tonnes in 2019, Statistics Canada reported, or 147 bushels per acre.

'I’m a farmer. My data is the weather'

The Green Party says the voices and experience of farmers are all the evidence it needs to advocate for the carbon tax break, despite the minister’s plea for more data.

“I’m a farmer. My data is the weather,” said Kate Storey, the party’s agriculture critic.

“And once every 10 years, the Prairies get a really wet harvest. … This is not something that we as farmers choose to do.”

Storey argued the exemption was justified in principle, as it makes little sense to exempt fuel for some types of farm equipment but not others.

“Whatever reasoning went into exempting tractor fuel from the carbon tax should apply to grain-drying fuel,” said Storey, who ran for the Greens this past election in the Manitoba riding of Dauphin-Swan River-Neepawa but lost to Tory MP Dan Mazier.

She estimated that the Prairies are forced to deal with a wet harvest about once a decade and that it’s on Ottawa to help figure out the technology for food growers to continue to operate without burning fossil fuels.

“The Green Party wants the government to step in and put real effort into finding energy-efficient solutions all across the board, in this case, grain drying. Farmers can’t create energy-efficient agriculture without support.”

There are alternative means of drying grain, but they are seen as less efficient. The government could research new kinds of drying technologies, or grains that are better adapted to the climate, said Manly.

Canada’s weather more extreme and variable than ever

This is not the time to back

This is not the time to back down. Costs should be passed on, not subsidized. Next year, there could be more efficient dryers using wind and solar, or burning straw.
Farms have many ways to affect carbon, either releasing or storing it, and the whole range of such activities should be considered. Even primitive methods to interrupt burning can create bio-char for centuries of relief.

I agree with this. The end

I agree with this. The end user, you and I, must pay for the fossil fuel pollution. More efficient methods will work their way into the market, hopefully with the help of governments deciding how the taxes are spent. Subsidizing weather problems here and there is a Pandora's box in the face of climate disaster which is the real peoblem.

There needs to be a genuine

There needs to be a genuine Climate Action Plan that covers every sector, including agriculture. I'd prefer a serious Transition Plan with detailed actions to meet well thought out goals for urban and rural areas, and that would include judicious use of carbon taxes. Are you listening, Mr. Trudeau, or are you still planning to incoherently "balance" oil industry interests with the oncoming environmental reckoning while delivering nauseating platitudes?

The Plan's policies should focus on issues like conservation tillage and nutrient-fixing cover crops on the farming side, and post-secondary R&D into perennial crops that are drought / flood-tolerant (their roots extend metres below the surface) and bug / fungi-resistant. Farmers will save a lot of money, use much less fuel and fertilizer, cut the wear and tear on machinery, reduce their emissions, preserve ground water, build up the vital soil resource and produce greater yields and higher quality crops if they adopted low or no-till practices with cover cropping practices.

Further, the Plan would encourage intensely-managed market gardens and solar greenhouses in greenbelts at the perimeter of our cities, therein reducing today's ridiculously long transportation chain to something that's almost negligible. A legislated agricultural land resource similar to BC's Agricultural Land Reserve would help prevent the conversion of thousands of hectares of viable food-producing land to low-density subdivisions at the urban periphery. Provisions could be made for efficient transit-based satellite towns using holistic planning principles to jump the greenbelt in a planned manner to accommodate growth pressures. This policy would mitigate the likely falldown of California's agricultural products export system as their water resource is depleted to the extreme and its record drought conditions continue unabated.

The southern Prairies have the best solar insolation and wind power potential in the nation. They could, with the right policies over time, become the bread basket and green grocer of the nation on a year round basis with solar-geothermal heated greenhouses, large scale grain farms and market gardens adjacent to our cities.

I'm eating strawberries right now from an Ontario greenhouse or underground, not sure how they do it.. Maybe not a great example but it shows what can be done. They have lots of wind power in SW Ontario, probably surplus when the wind blows.

Alberta has many great green opportunities with out pursuing more destructive tar sand.