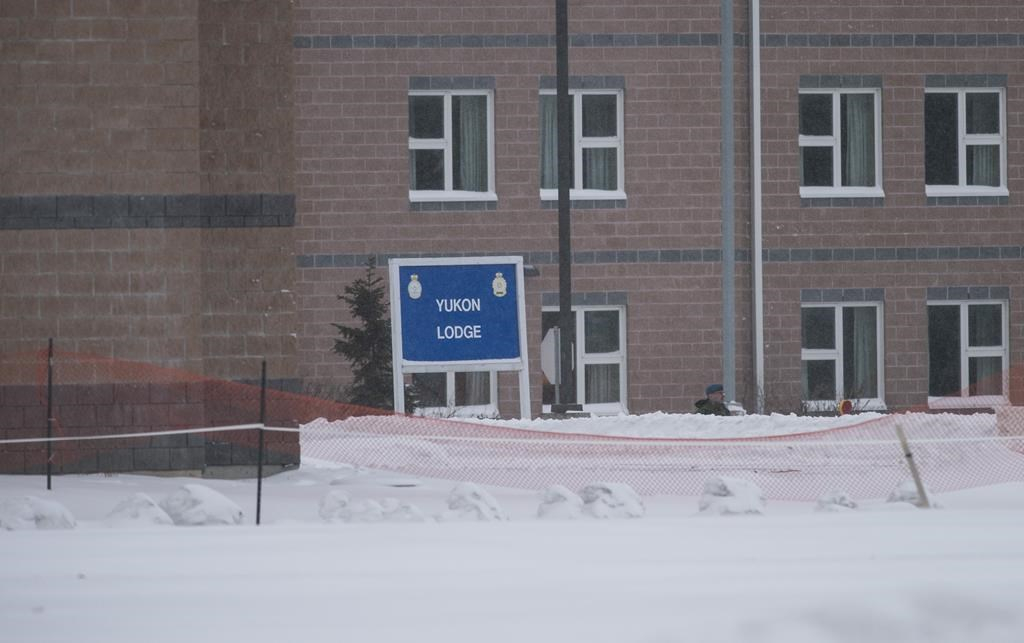 The Yukon Lodge, which will temporarily house passengers from a charter flight that took 176 Canadian citizens from Wuhan, China, is seen at CFB Trenton, in Trenton, Ont., on Feb. 7, 2020. File photo by The Canadian Press/Justin Tang
Previous story
Next story

Canadians in Iran say they have no way to leave the country now that it is dealing with an outbreak of the novel coronavirus and they are asking Ottawa to help them come home — or at least provide consular services while they are there.

The federal government has repatriated more than 500 Canadians and their families from areas affected by the new strain of coronavirus, which causes a disease known as COVID-19, including Wuhan, the central Chinese city at the centre of the outbreak, and the Diamond Princess cruise ship in Japan.

The virus recently spread to Iran, which has confirmed 95 cases and 16 deaths in the last week alone. Even the Iranian deputy health minister has tested positive for the virus.

Mashhoud Nasseri, 64, said he rushed to Tehran last week to be with his family after his mother died. He was to fly home to Toronto March 2.

"Just today I heard that my flight is cancelled," Nasseri said Tuesday by telephone from his family's home in Tehran.

The flight itinerary was to take him from Tehran to Dubai, in the United Arab Emirates, before going on to New York and finally Toronto, but the U.A.E. has halted all flights from Iran for at least a week.

Several countries neighbouring Iran closed their land borders to anyone travelling from Iran following the viral outbreak and some others have also restricted air travel to and from the country.

Canada has not had a diplomatic presence in Iran since 2012. The federal government advises Canadians travelling to Iran that the Canadian embassy in Ankara, Turkey, is responsible for providing consular assistance for Iran. The Italian embassy in Tehran has also represented Canadian interests in Iran for the past eight years and has provided consular assistance to Canadians there when needed.

Nasseri said it's unclear who to approach for help getting back to his wife and children in Canada.

"Basically there is nowhere to go, no one to ask," he said.

The Iranian Canadian Congress has called on the federal government to resume providing consular services in Iran.

Canadians in Iran say they have no way to leave the country now that it is dealing with an outbreak of the novel coronavirus and they are asking Ottawa to help them come home — or at least provide consular services while they are there.

"Unfortunately, this is another example where a lack of diplomatic relations and consular services only harms vulnerable Canadian citizens abroad," Younes Zangiabadi with the Iranian Canadian Congress said in an email Tuesday.

"We experienced the airplane shot down in January where families of victims had nowhere to go for support after that tragedy and this is, unfortunately, happening again with coronavirus."

Nasseri said the mood in Tehran is tense, and some Canadians are desperate to get home. He's looking at all his options, including the possibility of chartering a boat to another country in the Persian Gulf — though he's not sure that will work.

"It's difficult at this point to commit to an ongoing repatriation effort. We have to remember that it takes a lot of resources and the resources have to be focused in terms of our domestic response," Hajdu said Tuesday in Ottawa.

Foreign Affairs Minister Francois-Philippe Champagne said Canada is monitoring the global coronavirus situation very closely, particularly in South Korea, Italy and Iran, which have all seen sudden spikes in the number of people infected with the virus.

He said he's been in touch with foreign ministers from several countries for more information about the situation abroad, and advises anyone thinking about leaving Canada on an international trip to inquire about the status of the coronavirus in the place they are travelling to.

While all the Canadians and their families repatriated from Wuhan have been released from quarantine at Canadian Forces Base Trenton in Ontario, a group of about 50 who are still in China is hoping the federal government can charter another flight to bring them home.

Canadians in Hubei, a group advocating for those stuck in Wuhan, sent an open letter to Global Affairs Canada last week asking for help.

Global Affairs Canada said in a statement that the government continues to remain available to provide assistance for Canadians in China, to the extent possible.

Elaine Cheng, a Canadian citizen, and her husband, who has a visa, are among those looking for help.

When she contacted the embassy, she said she was told her husband cannot accompany her and called the decision "incompassionate, unfair, inhumane."

Simon Zheng, another Canadian citizen who lives in B.C., said his wife holds a work permit and went to Wuhan to celebrate the holidays and the Chinese New Year.

He said he was supposed to meet up with his wife in mid-January but she told him to not to come because of the outbreak, and now he hopes the Canadian government will send another plane.

"We have the good faith that the government will actually help us, but we don't know in what way."

Canada's top health official approved the released of the final 195 Canadians and their families after two weeks of observation.

All the Wuhan evacuees were quarantined at CFB Trenton for 14 days — the presumed incubation period of the virus — to be isolated and observed for signs of the disease now called COVID-19.

A group of 219 evacuees were allowed to leave the base last week after passing a final round of health screening.

Chief public health officer Dr. Theresa Tam says none of the evacuees from Wuhan showed any signs of the virus, and they do not pose a risk of transmitting the disease when they return to their homes.

The government has offered to transport the evacuees to Toronto, where they will make their way to their homes.

Tam says the risk of the coronavirus spreading within Canada is still low.

— With files from Hina Alam in Vancouver and The Associated Press.

I am not without sympathy for

I am not without sympathy for Canadians abroad who require aid to get home and have been following the cases of our fellow citizens being brought home. I do, however, believe that people need to exercise common sense as well. If you knowingly fly to a country that has an outbreak, as the gentleman did when he flew to Iran, then don’t criticize Canada’s government for not rushing to your aid when you can’t get home. Especially when so many Canadians were killed in a plane that was shot down in that country not too long ago.

Not really helpful; how MANY

Not really helpful; how MANY Canadians are in Iran right now? 100? 1000? I suspect it's a pretty high number, but I assume it would be a fundamental fact in the decision-making.