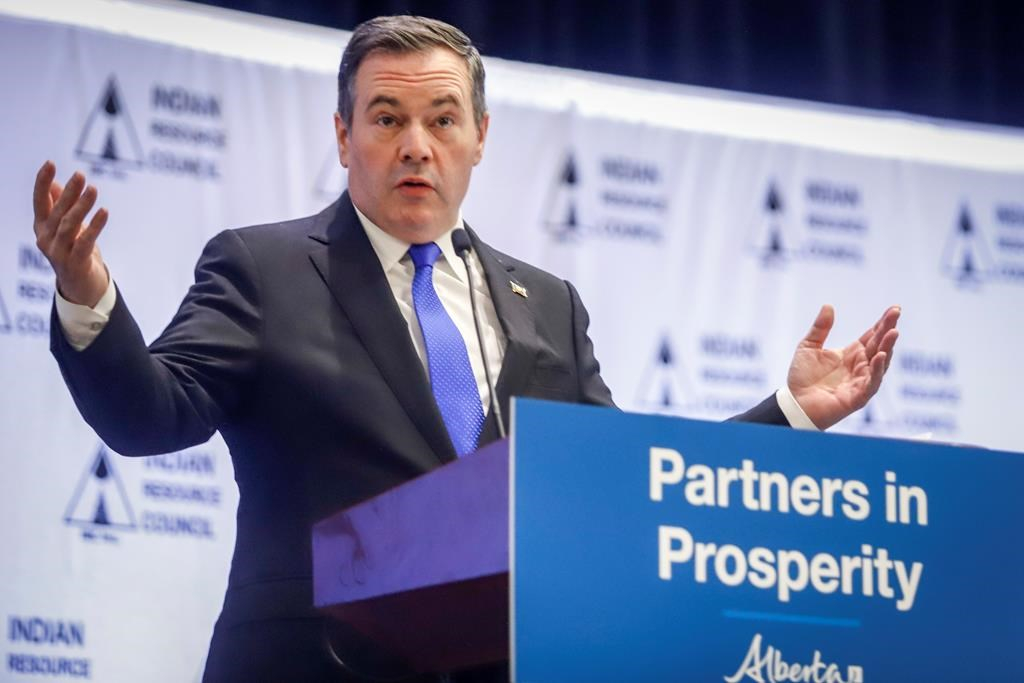 A $1-billion fund established last year to support Indigenous participation in major projects won't have any projects to back if the circumstances that led to the cancelling of the Frontier oilsands mining project this week continue, Alberta Premier Jason Kenney warned on Wednesday.

In a speech at the Indigenous Participation in Major Projects conference in Calgary that heavily criticized "green left urban militants," Kenney insisted his government is the one that has the best interests of First Nations at heart because it supports building major energy projects.

He blamed uncertainty created by environmental activists for the decision by Teck Resources Ltd. last Sunday to withdraw its application for the $20-billion oilsands mine, just days before the federal government was expected to announce a ruling on whether or not it could proceed.

"We can create greater access to capital but if the folks that succeeded in shutting down Teck continue, there won't be deals to be made," Kenney said. "There won't be opportunities or jobs to be created."

He added: "I think here in Alberta we can point the way forward because we understand in Alberta that poverty is not the path to reconciliation."

Teck CEO Don Lindsay said Monday that tensions over Indigenous rights, climate change and resource development that led to ongoing rail blockades helped his company decide there was "no constructive path forward" for the project.

The Vancouver-based company has taken a $1.13-billion writedown on Frontier, which was expected to create 7,000 construction jobs, 2,500 operating jobs and about $12 billion in federal income and capital taxes, but was also expected to produce about four million tonnes of greenhouse gas emissions per year over 40 years.

The future and economic viability of Frontier was uncertain enough that analysts did not factor it into their valuation of the company.

Critics say the mine, designed to produce 260,000 barrels of oil a day, wouldn't have been profitable unless North American oil prices were much higher, although Teck said new technologies would have been employed to bring down costs.

Blood Tribe Chief Roy Fox, chairman of the Indian Resource Council that sponsored the conference, praised the province for its programs to help Indigenous projects get off the ground and criticized federal bureaucrats who have stood in the way of economic development opportunities in the past.

"Now is the time to assert our political and business leadership capabilities and reduce the poverty that plagues many of those that rely on us," he said.

Chief Ouray Clark Crowfoot of the Siksika Nation said most Indigenous investment in the oil and gas sector has been in the upstream production sector and said the next logical step is to look at midstream and downstream assets like pipelines and refineries.

In the provincial throne speech on Tuesday, Kenney's government said it is prepared to invest directly in the resource industry if that's what it takes to boost Alberta's wellspring industry.

But he didn't mention the pledge in his speech at the conference and left without speaking to reporters.

This report by The Canadian Press was first published Feb. 26, 2020.

What stands in the way of

What stands in the way of indigenous prosperity is the continuing theft of indigenous land and the illegal expropriation of and debasement of existing lands.

I suspect if asked the right questions most people on reserves would prefer to retain unfettered acess to their treaty and ancestral lands that are immune to industrial exploitation. I suspect they would overwhelmingly welcome technical innovation in green sustainable scale for the production of energy, the provision of untainted potable water that is safe for aquatic and other wildlife, and for the safe management of waste.

I suspect they would prefer to develop their own versions of prosperity, unconstrained by capitalist/colonial ideas.