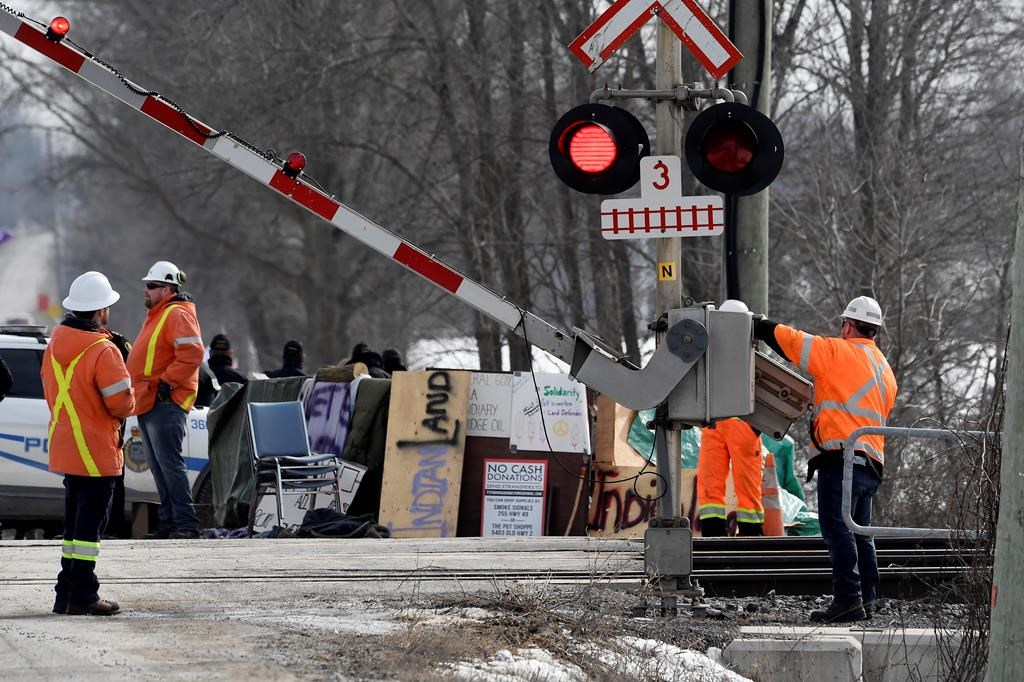 CN Railway workers check the railroad crossing gate as they prepare to resume service after OPP made arrests at a rail blockade in Tyendinaga Mohawk Territory, near Belleville, Ont., on Feb. 24, 2020. File photo by The Canadian Press/Adrian Wyld
Previous story
Next story

A meeting between Wet'suwet'en hereditary chiefs and the federal and British Columbia government is expected to take place today.

Nationwide rail and road blockades have been popping up for weeks as a show of support for the hereditary chiefs of the First Nation in northwestern B.C., who oppose a natural gas pipeline project cutting across their traditional territory.

Chief Na'Moks, who is also known as John Ridsdale, says the meeting scheduled to start this afternoon and continue Friday.

It was abruptly cancelled Wednesday afternoon, but Na'Moks says he and the other hereditary chiefs were notified it was back on several hours later.

He says they were told the cancellation was a "miscommunication."

A spokesman for the office of the B.C. premier says the report of a rescheduled meeting is "promising," but the provincial government was not in a position to confirm it until Thursday morning.

The federal governments could not immediately be reached for comment.

This report by The Canadian Press was first published on Feb. 27, 2020