Canadian in Italy offers advice on social distancing and more 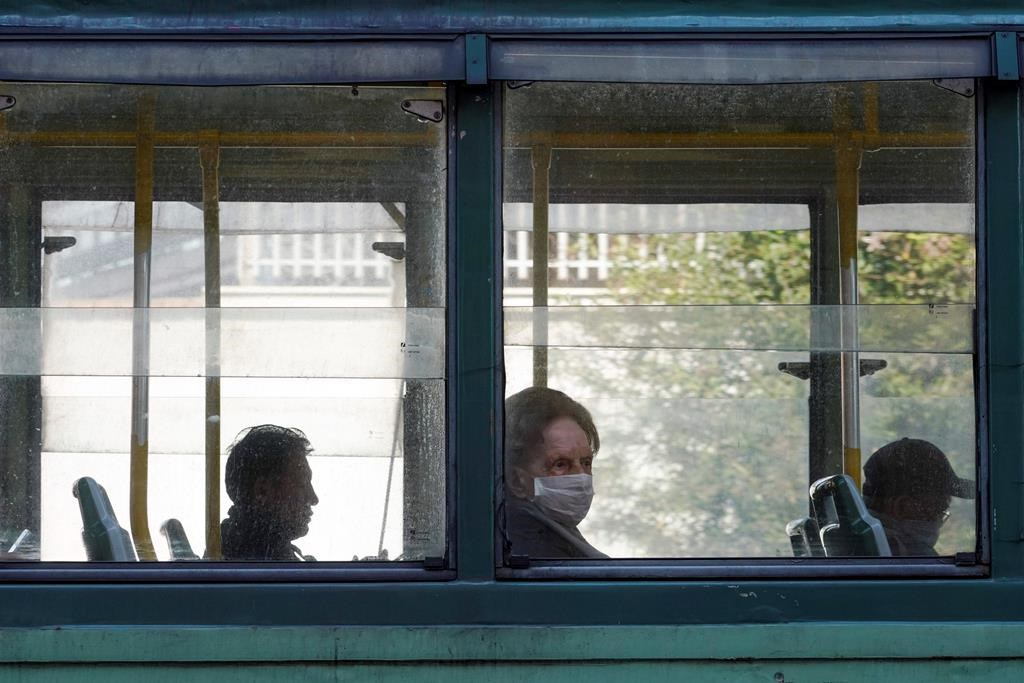 Passengers sit in a tram, in Rome, on Wednesday, March 18, 2020. File photo by The Associated Press/Andrew Medichini
Previous story
Next story

As some Canadians react to warnings about COVID-19 with a sense of gravity while others optimistically stick to their daily routines, a former Vancouver resident in northern Italy says he knows both of those feelings.

Alex Grant says it was a familiar scene in Milan just weeks ago, when most Italians were aware of the novel coronavirus but social distancing felt like a suggestion and not a civic duty.

COVID-19 hadn't yet ravaged the health-care system, making northern Italy the epicentre of the pandemic in Europe in the span of three weeks.

"Those two feelings can co-exist even in a person, they did in me too," he said.

"I was aware and concerned but also, early in this process, it wasn't clear to me how dramatic behavioural change in my life really needed to be."

On Wednesday, Italy saw a record high in the numbers of infections and deaths reported, adding more than 4,200 new cases for a total of 35,713 infections. Another 475 people died, bringing Italy's death toll to 2,978.

The country's north has been hardest hit with the biggest outbreaks concentrated in the Lombardy region.

Unused wards have been transformed into intensive care units, hospital laundry rooms are now used as waiting rooms and a tented 400-bed field hospital is in the works in Milan.

Grant, a dual Canadian-American citizen, works in Milan for Vancouver-based tech company Hootsuite and said he's been fielding questions from fellow North Americans about what to do.

For Grant, the severity of the situation became apparent after friends who work in health care alerted him to the exponential rate of infection. One works in a specialized COVID-19 treatment ward while another is an emergency room doctor, and they both now accept it as an eventuality that they will become sick but they continue to work, he said.

Grant credits the Italian government with a swift response and aggressive testing that identified both symptomatic and asymptomatic carriers of the virus. The general tone shifted in the population about 2 1/2 weeks ago.

"The advice I have given to Canadians is don't panic, but take it seriously," he said.

Taking it seriously does not mean stockpiling groceries or essential goods, he said. Italy has not experienced shortages of groceries or other supplies, and delivery services are still available in a pinch.

What it does mean, is changing your patterns of life in order to reduce the risk that you will be a link in the chain of viral spread.

Grant and his partner now work from home in a one-bedroom apartment and leave about once a week to go grocery shopping, which can be an eerily quiet experience.

Like them, the vast majority of the population appears to share a sense of responsibility to change their behaviour and take the pandemic seriously.

"I think there's a lot of solemn duty feelings to do your part," Grant said.

Despite the self-isolation, the pandemic has also generated heartwarming examples of Italians taking extraordinary efforts to build a sense of community during the crisis.

On Monday night, everyone shone flashlights out their windows at the same time. On another day around noon, Grant was in his kitchen when he heard the sound of applause outside.

"I opened our apartment windows and everybody up and down the street was clapping, so I started clapping without really knowing why," he said.

"Later I learned that it was all of Italy applauding at the same time across the country for the doctors and nurses on the frontlines fighting for everybody's safety."