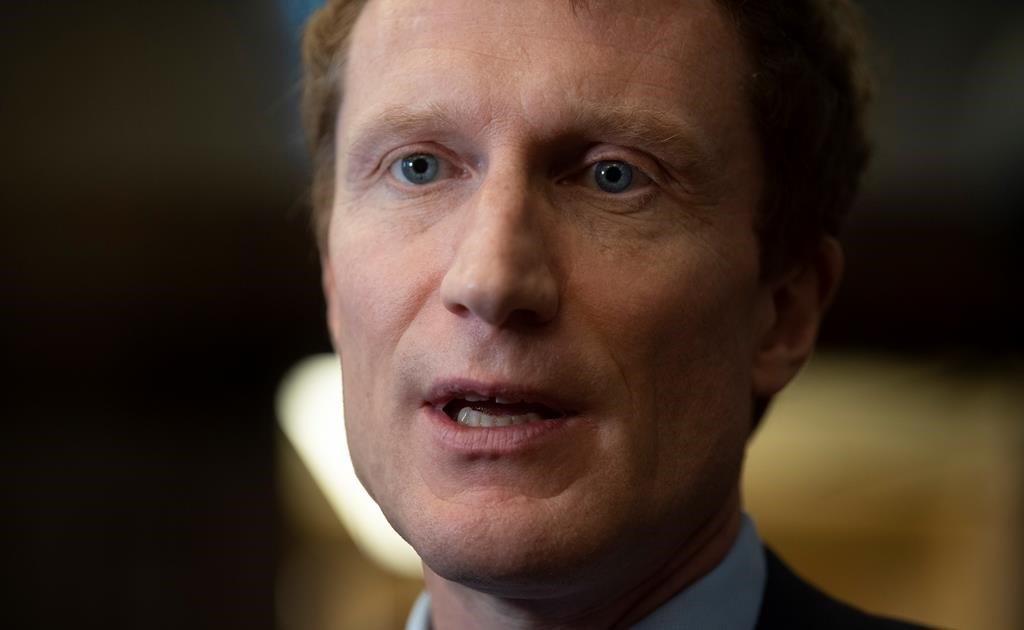 Indigenous Services Minister Marc Miller speaks with the media in the Foyer of the House of Commons before Question Period Tuesday March 10, 2020 in Ottawa. File photo by The Canadian Press/Adrian Wyld
Previous story
Next story

Indigenous leaders from across Canada have been raising alarms about COVID-19, worried that supports promised by the federal government to help First Nations, Inuit and Metis might not do enough to prevent the most vulnerable people from falling through the cracks.

Miller believes it's now just a question of when, not if, an outbreak will happen in the first remote Indigenous community and officials are bracing for it.

"Even for Canada, which has one of the best health-care systems in the world, it can get very overwhelmed very quickly and we're very much at the beginning of this and we still have yet to see the worst," Miller said in an interview.

Many social determinants of health make Indigenous populations more vulnerable than others in the face of a viral disease, including overcrowded housing, remoteness, unclean water and inadequate food supplies.

In the Inuit North, communities have already been dealing with tuberculosis outbreaks, with rates of TB almost 300 times higher among Inuit than for Canadian-born non-Indigenous populations, according to government data from 2016.

That's why work has been underway to ensure the 87 per cent of Indigenous communities that have pandemic emergency plans have the most up-to-date information and that lines of communication are open between federal, regional health officials and local leaders to prepare for COVID-19, Miller said.

"These measures were very important to implement at a very early stage knowing from our experience with SARS and H1N1 that the waves of an epidemic if, and when, they occur — and I believe it's when — can impact at different times, at different degrees and knowing all the social determinants that guide those negative health outcomes for Indigenous communities that the impacts will be greater."

If a surge of cases does happen in an Indigenous or remote community and things get dire, plans are being developed that would see multiple resources deployed to help, including the Armed Forces.

"These are all plans that we are working on as a whole of government, but specifically with the Armed Forces, with Health Canada and with the RCMP, looking at a number of scenarios as we try to plan out how this pandemic and the various waves will hit," Miller said.

Scenarios for Indigenous COVID-19 response include calling in the army: Miller

Assembly of First Nations National Chief Perry Bellegarde said Wednesday he has been speaking with Canada’s chief of the defence staff, Gen. Jonathan Vance, and that a liaison officer from the Department of National Defence has been assigned to the AFN to ensure First Nations have direct information about potential military deployments.

"We've initiated those discussions and have reached out and talked, and we're going to continue to communicate to make sure that's part of the emergency plans going forward — that if need be, Department of National Defence is on a second notice to be called in to service the needs that have been identified," Bellegarde said.

Last week, the AFN declared a state of emergency for its approximately 900,000 members, saying the money Ottawa has committed will not go far enough to meet the unique needs of Indigenous populations.

The Liberal government has pledged $305 million for a new Indigenous community support fund to address immediate needs related to COVID-19.

Bellegarde said chiefs from across the country have told him these amounts will not be enough when divided among 634 First Nations in Canada, which includes 96 remote fly-in communities, as well as 51 Inuit communities in the North, Metis Nations in the West and Indigenous people living off-reserve.

"We're hearing that already from some First Nations leaders, that it's just not enough and we hear that so we're advocating," Bellegarde said Wednesday.

Inuit and Metis leaders have also raised similar concerns and are calling for Ottawa to do more.

Miller said he considers these "very legitimate concerns" and stressed that more money will be available if needed.

He also said he understands that Indigenous communities' history of being underserved by Canada's medical system has led to legitimate skepticism among some First Nations, Inuit and Metis about whether Ottawa will take care of them through this pandemic.

One First Nations group in Manitoba raised the the idea of inviting Cuban doctors in to help.

Concern about whether the federal government will provide what's needed is something Bellegarde says he has heard a lot from his members, especially in recent days and weeks as the need to rely on federal help to get through this pandemic grows.

"There's a lot of mistrust a lot of times that government really doesn't have our back, I'm hearing that constantly from people, from First Nations leaders," Bellegarde said.

"We have to communicate and we have to ensure that the Crown is responding in a very effective and efficient manner when it comes to meeting the health care needs of First Nations people."

While we're calling in the

While we're calling in the army, consider shutting down all those man camps that continue to fly workers in and our of native territory because some bureaucrat has decided laying pipe during a pandemic is an 'essential service'. Take care of the health infrastructure and stop subsidizing the richest, most careless industry on earth.