Trudeau defends flights arriving with Canadians from across the globe

By Mike Blanchfield | News, Politics | April 2nd 2020
#196 of 653 articles from the Special Report: Coronavirus in Canada 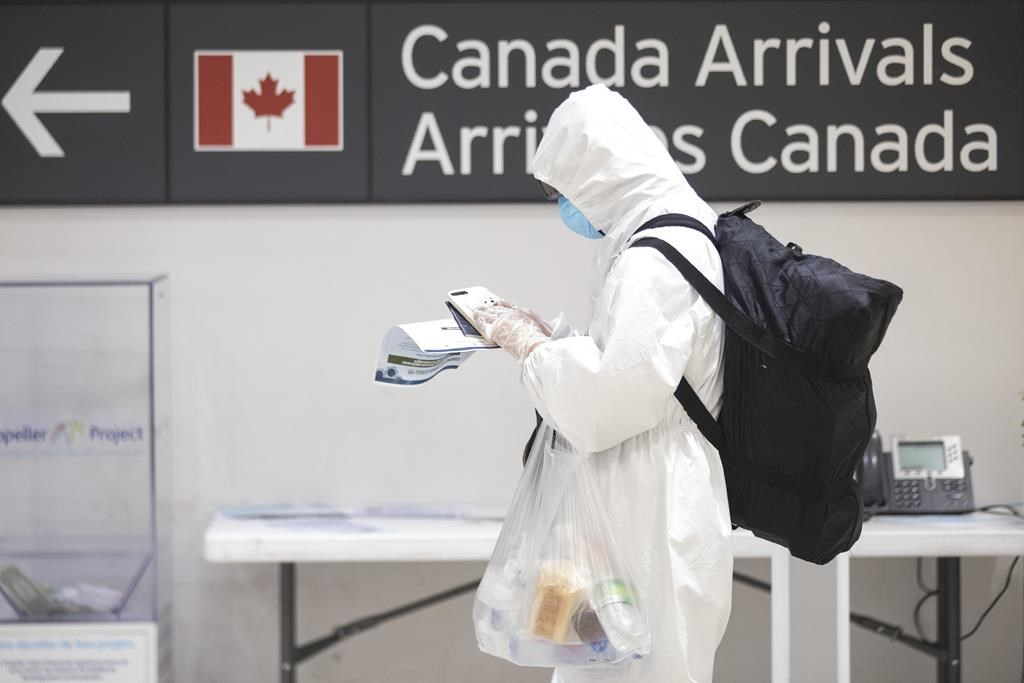 A traveller stands in the International arrivals hall at Toronto's Pearson Airport, on Friday, March 27, 2020. File photo by The Canadian Press/Chris Young
Previous story
Next story

Prime Minister Justin Trudeau says Canadians being flown home from abroad must subject themselves to "rigorous" and mandatory 14-day self-isolation to keep their fellow citizens safe.

Trudeau says Canadians must "look out for each other," but they have a duty not to infect others, especially health care workers.

"The public health case is that if people who return properly and rigorously self-isolate, then we are not significantly increasing the risk to everyone else," the prime minister said during his daily briefing at his Rideau Cottage residence.

Trudeau spoke as the government announced today that six planes carrying Canadians stranded in Africa and Europe are to touch down today in the effort to repatriate travellers stranded by COVID-19.

Plans are also being made for several fights from India, starting on April 4 and continuing for the next four days until April 7.

The government is reiterating that not all Canadians stranded abroad will be able to come back to Canada, and that those returning will be subjected to mandatory self-isolation.

Trudeau said the government wants to see Canadians come home, "but we also very much expect and demand that they keep themselves and their neighbours safe by self-isolating in rigorous conditions for two weeks as soon as they get home.

"We would much rather have people home than have them stranded elsewhere around the world where things are getting — you know — worse."

Speaking in French, Trudeau said the government was "implementing strict and rigorous measures" so the people who come home do not endanger other Canadians, including their neighbours and health care workers.

The government says it has approved 449 loans worth $1.4 million under its emergency program for Canadians abroad and is processing another 900 loan applications.

Why is Prime Minister Justin

Why is Prime Minister Justin Trudeau still in self-isolation?

I’d like to know exactly how the newly arriving Canadians will be managed. ‘Rigorous’ self isolation? What does this mean? Are they tested? Do they have homes in which to self isolate? If not, where are they going? Are they being monitored?
What is going on? We want to know.