Will House of Commons re-open? 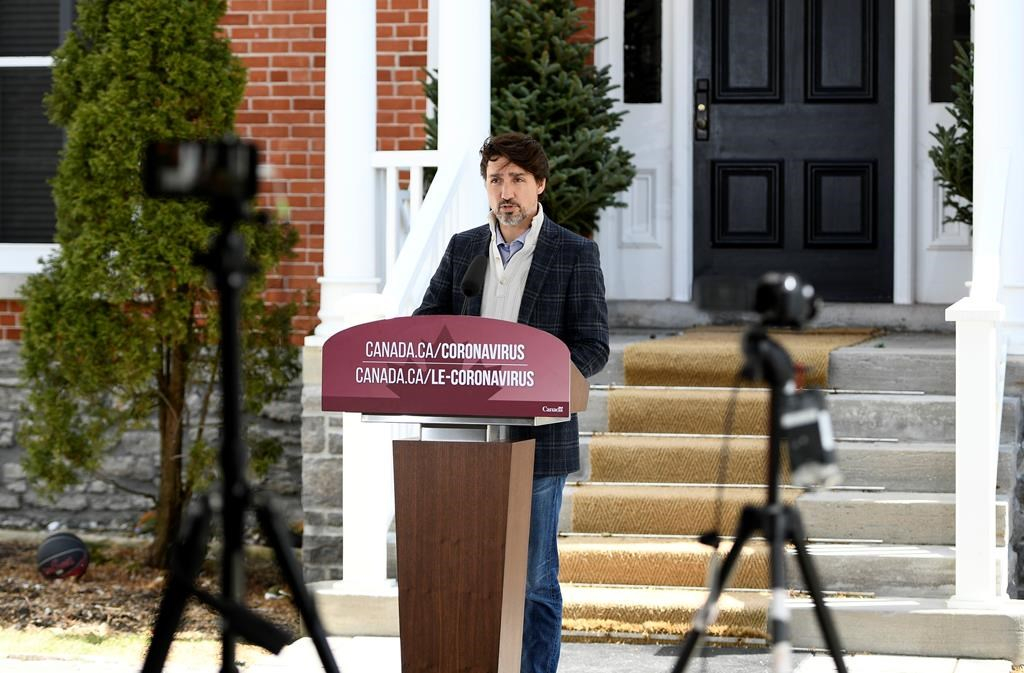 Prime Minister Justin Trudeau speaks during his daily press conference on the COVID-19 pandemic, in front of his residence at Rideau Cottage on Saturday, April 18, 2020. Photo by The Canadian Press/Justin Tang
Previous story
Next story

Members of Parliament across Canada are waiting to learn whether they will have to make their way to Ottawa tomorrow as negotiations continue between the Liberals and Opposition parties about whether the House of Commons will re-open on Monday and under what terms.

Unless an agreement is reached before Monday, the House of Commons will resume business as usual with all 338 MPs along with their staff, clerks, interpreters, security and cleaners, returning to work in Ottawa.

After ongoing disagreement on the number of in-person sittings that should be held, the Liberals came forward with a new proposal Saturday afternoon, proposing the House of Commons hold one in-person sitting per week with a reduced number of MPs. This sitting would include a lengthy time for MPs to question the prime minister and cabinet ministers.

The Liberals are also proposing one additional session be held each week with another lengthy question period, but this one would be held virtually.

The amount of time offered to Opposition and non-government MPs for questions would be equivalent to a regular week of question periods in the House of Commons, according to a source who asked not to be identified, as they were not authorized to speak publicly about the negotiations.

According to a separate source, the NDP are pushing for a second virtual sitting.

Andrew Scheer and his Conservatives, meanwhile, are pushing for three in-person sittings per week to hold government accountable for its pandemic response — down from four sittings they were demanding earlier in the week.

Prime Minister Justin Trudeau said Saturday he is hopeful a deal can be struck, as several of the Opposition parties are in agreement that limited weekly sittings would ensure accountability while also allowing Parliament to continue to pass necessary legislation.

"Right now, on the books, the rule is Parliament needs to re-open fully on Monday. That's obviously not a good idea, which is why we've proposed measures going forward that we're discussing with the other parties, and we certainly hope that we're able to come to an agreement so that we don't all have to convene in the House of Commons on Monday morning," Trudeau said Saturday.

The lone holdouts on this deal — the Conservatives — are pushing for something that would not be safe, Trudeau said.

"There is one party that still wants more than I think is wise at this particular time in terms of a public safety approach and in terms of ensuring that we are getting that balance right in moving forward with protecting our institutions, but we are hopeful that we are going to get to a good place soon."

Throwing a wrench into the equation is the Green party, which issued a statement Saturday saying its three MPs reject any proposal that would see MPs hold regular sittings of Parliament while the COVID-19 pandemic continues in Canada.

The Green party's leader in the House of Commons, Elizabeth May, says she does not believe it's reasonable for Parliament to convene in person unless there is legislation that needs to be passed.

"The government has been very open to ideas and criticisms and has shown itself willing to act on our proposals. The system is working and, as we do this work, we demonstrate the value of dispensing with partisanship and collaborating towards a common goal," May said.

She is accusing Scheer of putting his desire for media coverage of question period ahead of public health.

Except for two single-day sittings to pass emergency aid bills, Parliament has been adjourned since mid-March.

On Friday, Senate Speaker George Furey announced that the upper house, which was to resume Tuesday, will not return until June 2 at the earliest.