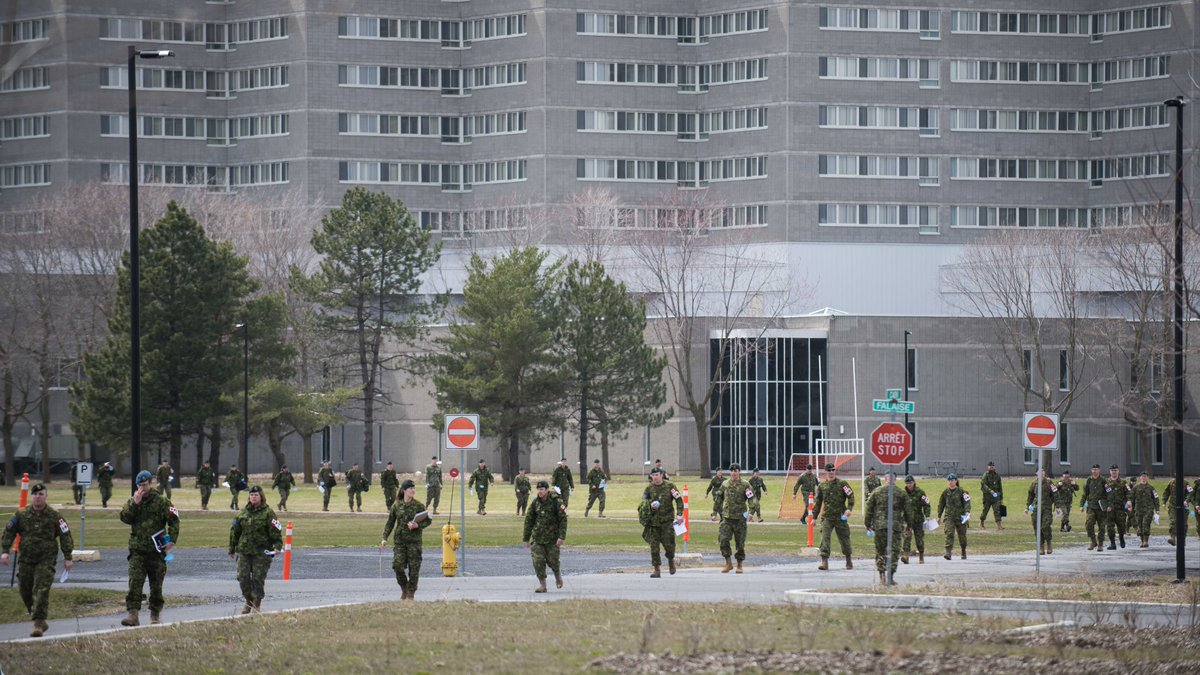 The federal government has approved Ontario’s request to call in the military for help in nursing homes ravaged by COVID-19.

Ontario is the second province to ask the military for help stopping the rapid spread of the virus in long-term care, following a similar request by Quebec. Ontario hasn’t said which homes will get the help, but has said about 250 army personnel would be deployed to five of the hardest-hit facilities.

“We have literally called in the troops and the cavalry is on its way,” Premier Doug Ford told reporters Thursday at his daily COVID-19 briefing.

On Wednesday, Ontario officials said Canadian Armed Forces teams of roughly 50 each would be led by nurses and contain medics and army personnel. Ford didn’t specify what those teams would be doing Thursday, saying only that they would give “support in any capacity they can.”

When Ford called for military help Wednesday, some questioned the decision ⁠— Doris Grinspun, CEO of the Registered Nurses' Association of Ontario, told National Observer the province has plenty of nurses who could still be deployed. Those workers would be in a better position to help than army medics, Grinspun said, but the RNAO wasn’t consulted before Ford called the army.

When asked about Grinspun's comments Thursday, Ford said in response that “we need more nurses."

But while the premier called for urgent help for nursing homes, he also said he believes the province’s long-term care system is “broken,” at one point looking visibly emotional. Later, his office confirmed that his mother-in-law, who lives in a long-term care facility with a COVID-19 outbreak, has tested positive for the virus.

“We have to do a better job,” Ford said at the briefing. “At the end of the day, the buck stops with me. We’ll make sure it gets fixed, but my No. 1 priority is to make sure the people get the help they need right now.”

COVID-19 is most deadly for seniors and people with pre-existing health conditions, making long-term care a dangerous place for the virus to spread.

“We have literally called in the troops and the cavalry is on its way,” Premier Doug Ford said. #onpoli #COVID19ON

Ontario’s official COVID-19 data shows 713 deaths from the virus (local public health units are reporting numbers higher than 770). Of those 713, the province said 516 were linked to long-term care.

Nursing homes in Ontario have struggled with understaffing and underfunding issues that long predate the pandemic. And earlier this month, the Progressive Conservative government came under fire after a CBC News investigation found it had largely stopped doing unannounced annual inspections of long-term care homes.

In recent weeks, the province has made moves to prevent workers in those facilities from spreading the virus to other homes, and to give additional support to medical staff. But critics have said the government was slow to act and left crucial loopholes.

Our government has approved Ontario's request for support from @CanadianForces personnel. Long-term care is a unique vulnerability in this pandemic. We will continue working together as Team Canada to defeat #COVID19

On Thursday, Ford unveiled a plan for more COVID-19 testing for vulnerable people outside of long-term care. The move applies to facilities serving people with developmental disabilities, shelters for survivors of gender-based violence and human trafficking, children's residential settings, and residential facilities that support Indigenous people on and off reserve.

Non-essential visitors will be restricted and the province will step up its COVID-19 screening in those facilities, said Todd Smith, minister of Children, Community and Social Services.

The province is also looking at how it can help homeless shelters, where the virus can spread easily.

At Thursday’s briefing, Ontario Health Minister Christine Elliott also poured cold water on the idea of opening up the province any time soon, despite the fact that health officials believe the outbreak is peaking in the community.

Ontario’s overall case numbers are still going up, Elliott said, and the province can’t reopen before they start going down.

“It is something we are planning for already.”

“the cavalry is on its way”.

“the cavalry is on its way”. Really? Let go of that image Doug.

Anyone's loss is awful, and

Anyone's loss is awful, and Mr. Ford certainly has my sympathy. His government did not create the current reality. It has been created by successive governments, Liberal and Conservative. Clearly the people who run these homes, though, are profiteers. Clearly Ford's decision to castrate the inspection service and process during this term has enabled them to become even more profitable. I hope he will be sufficiently affected to follow through to fix the system in the future, and hopefully that fix will not be dogma driven by simply making the homes more profitable for his friends in the business community.

Mr. Christian nailed it.
Mr. Harris deserved some of the recognition for LTC failings in this province along with his profit driven buddies. Ministerial oversight was always driven by two things, quantitative metrics and budgetary "efficiency". " Staffing levels were always pegged at so many hrs/mins per patient with little allowance for complex care required by the increasing load of cognitively impaired residents. During my time on a NFP board our response to influenza epidemic was cursory at best. Lucky for us no major pandemic.