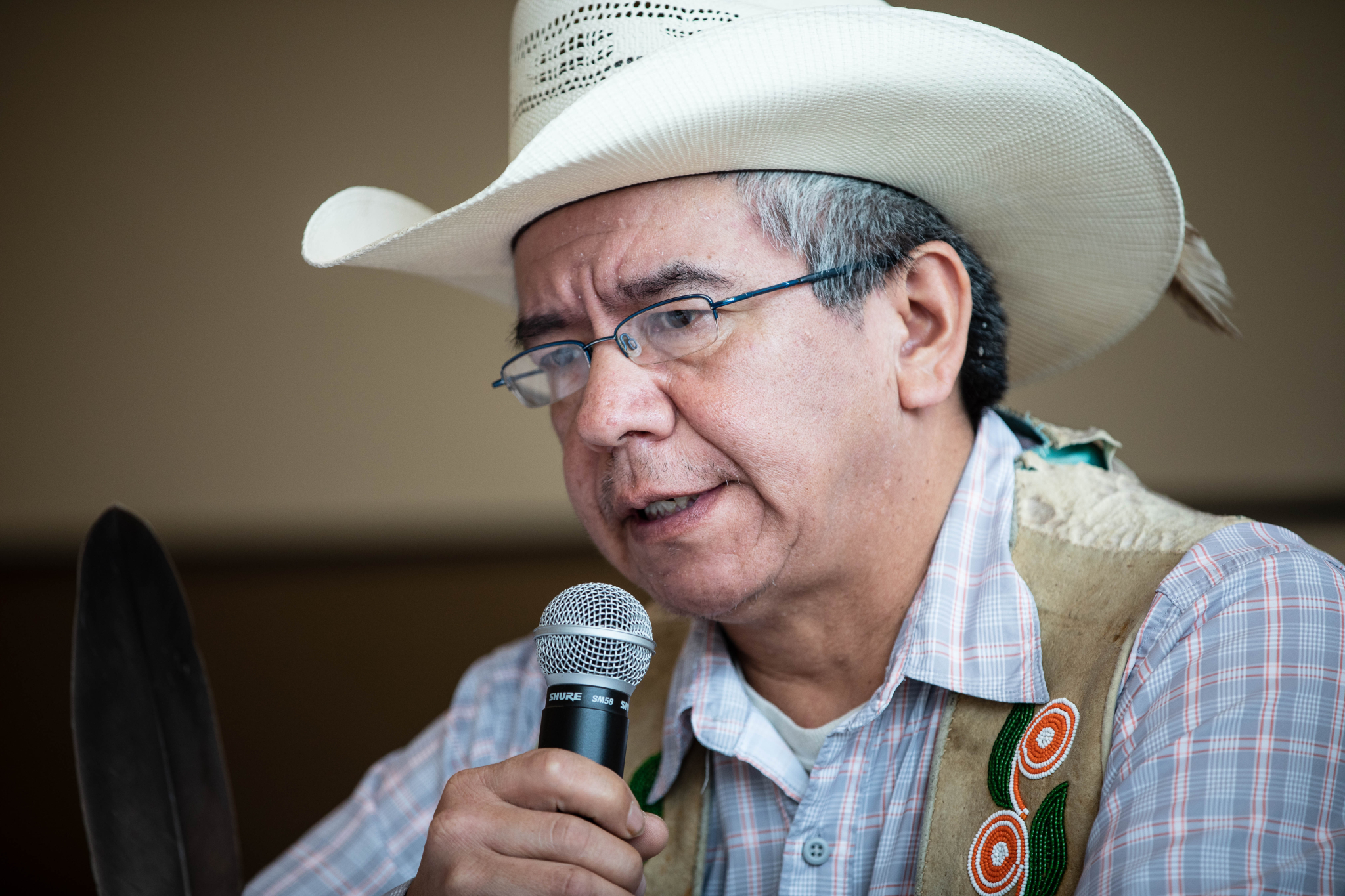 The Coldwater Indian Band has rejected a series of changes made by the federal energy regulator to upcoming Trans Mountain oil pipeline hearings, saying the new approach isn’t a fair process and doesn’t respect Canada's duty to consult with First Nations.

In a letter written to the Canada Energy Regulator (CER) on April 28, and obtained by National Observer, the legal counsel for Coldwater, part of the Nlaka'pamux Nation in British Columbia, took issue with a key shift in the regulator’s approach that abandons oral cross-examination in favour of written questions.

Trans Mountain says the path for the pipeline’s expansion project has been 70 per cent approved, but hearings remain to determine the route in southwestern B.C. In order to respect COVID-19 public health restrictions, the regulator said last week it would not be holding any more in-person, oral portions or conducting any site visits for the remaining hearings.

Instead, CER is accepting submissions of photos, videos and written requests from participants. This new approach will permit the hearings to proceed in a “fair and transparent manner,” it said, while still respecting physical distancing, and would allow Trans Mountain to continue with construction of the pipeline.

Coldwater, however, believes that if the regulator jettisons oral cross-examination for its upcoming hearing to determine the pipeline’s route through the Coldwater Valley, it would go against a Federal Court of Appeal ruling in February, that allowed the project to proceed on the assumption that the Band’s interests would still be protected through a rigorous hearing process.

The changes, argued Coldwater, would make it impossible for the Crown to fulfil its obligations.

“We don’t consider a paper hearing to be sufficient to meet the Crown’s duty to consult, or a fair process, given the interests that are at stake here,” said Matthew Kirchner, managing partner for Ratcliff & Company LLP, which represents Coldwater, in an interview.

Canada Energy Regulator communications officer James Stevenson confirmed to National Observer that the regulator had received the letter from Kirchner, and would review its contents before issuing any response.

'I wanted to give the CER plenty of time'

The regulator’s changes so far apply to other hearings related to the pipeline expansion, and not specifically to an upcoming hearing anticipated by Coldwater to be held in the fall, likely October.

The Coldwater Indian Band has rejected a series of changes made by the federal energy regulator to upcoming Trans Mountain oil pipeline hearings, saying the new approach isn’t a fair process and doesn’t respect Canada's duty to consult.

But Kirchner said he penned the letter now to make sure that there is enough time for the CER to alter its approach, if it chooses to apply the same changes to Coldwater that it is applying to other hearings.

Coldwater believes that, since its hearing is still several months away, physical distancing guidelines could be relaxed by then, and so an in-person hearing should not be ruled out at this point.

But if such a hearing is still unsafe, wrote Kirchner, Coldwater wants the regulator to use technology that allows for the remote presentation of evidence and cross-examination of witness panels. He said such technology is already available through a Vancouver-based court reporting service.

“I wanted to give the (CER) plenty of time to be able to adjust to either plan for a safe, in-person hearing — which we may be able to do by October — or if we can’t do that, get working on a platform where we can have a video conference in-person hearing,” he said.

Coldwater asserts Aboriginal rights and title to an area where the pipeline system touches. The Band has long been concerned about the risks that the expansion project poses to the aquifer on its main residential reserve, that it depends on for its sole source of drinking water, as well as to sacred areas.

Written information requests are an “inadequate substitute” for cross-examination of witness panels, Kirchner wrote in the letter, and is “ill-suited to the need to test the evidence concerning potential impacts to the aquifer and Coldwater’s drinking water.”

In February, the Federal Court of Appeal ruled that the pipeline expansion can proceed despite Indigenous concerns, because the government of Prime Minister Justin Trudeau consulted adequately with First Nations and the consultation process can't be used as a veto.

Coldwater, along with the Squamish Nation, Tsleil-Waututh Nation and Ts'elxweyeqw Tribes filed applications with the Supreme Court this month, challenging that ruling.

Kirchner's April 28 letter points out that, in the Federal Court of Appeal’s Feb. 4 decision, it wrote that the structure of the pipeline’s consultation process with First Nations was “not flawed” because the CER was “bound to take into account the risk to the aquifer” during its deliberations on the pipeline’s route.

The court also rejected Coldwater’s complaint that the pipeline was approved on the basis of insufficient information and data, because it said “the CER will consider the science and data sufficiency during the detailed route hearing.”

The court knew at the time that this route hearing process would include cross-examination, Kirchner argued, and "placed its trust" in the detailed hearing.

“An abbreviated hearing process without cross-examination is contrary to how the Federal Court of Appeal contemplated these matters would be addressed,” he wrote.

Kirchner also noted that the upcoming Coldwater hearing would be a “continuation” of a 2018 hearing that was originally suspended when the Federal Court of Appeal quashed the Trudeau government’s first approval of the pipeline that year.

Since that hearing involved cross-examination, he argued, if the regulator applies its new approach to hearings to Coldwater, it would “constitute a material change in how the hearing is being conducted."

In other words, it would result in some evidence being tested through cross-examination and some not. “This would be procedurally and substantively unfair to Coldwater,” he wrote.

The Trudeau government approved the pipeline for a second time in June 2019, promising to invest "every dollar" it earns into "Canada's clean energy transition." Canada owns and operates Trans Mountain and its expansion project through a Crown corporation called the Canada Development Investment Corporation.

If built, the Trans Mountain expansion would triple the capacity of the existing pipeline system and allow up to 890,000 barrels of bitumen and other petroleum products to flow from Alberta’s oilpatch to a Burnaby terminal in metro Vancouver.

The headline is not entirely

The headline is not entirely accurate, as in the body of the report, it is acknowledged that no decisions have yet been made about how the specific hearings related to this group will be managed. A strategic statement was made, and picked up, and then given a rather exaggerated headline to garner attention. This is not neutral reporting, but reflects a bias that I do not appreciate much, as I try to maintain a fair perspective of these things.

Hi Jeff, thanks for your

Carl Meyer | Fri, 05/01/2020 - 07:39
Hi Jeff, thanks for your comment. You may be interested in the followup story I wrote today, which focuses on this issue. https://www.nationalobserver.com/2020/05/01/news/energy-regulator-calls-coldwaters-tmx-hearing-concerns-premature