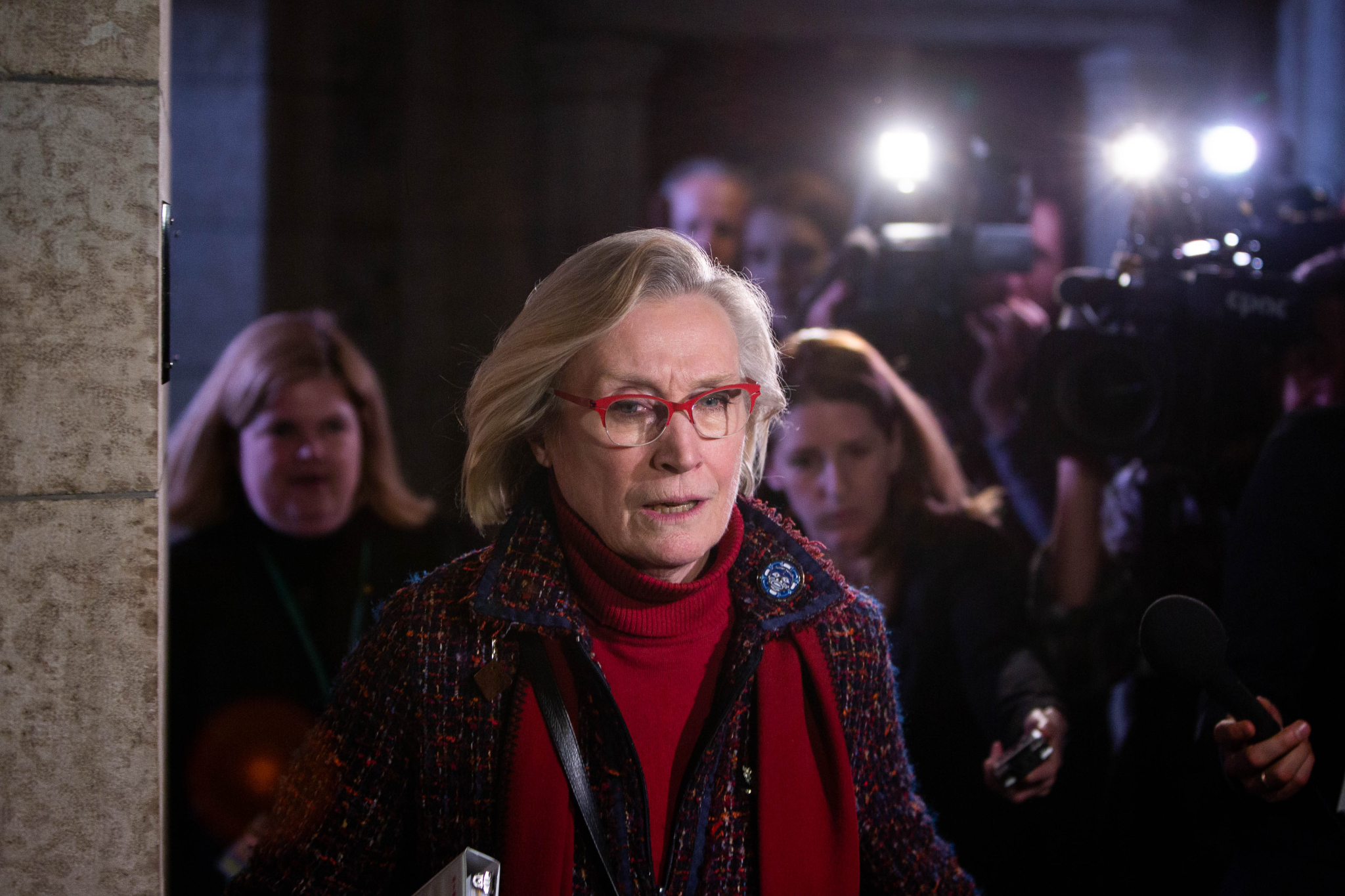 Federal Crown-Indigenous Relations Minister Carolyn Bennett was among those who rushed past reporters, saying little about an emergency cabinet meeting on April 10 in Ottawa about the Kinder Morgan pipeline. File photo by Alex Tétreault
Previous story
Next story

The elected leadership of several First Nations split over a natural gas pipeline in northern British Columbia are calling for the immediate resignation of Crown–Indigenous Relations Minister Carolyn Bennett.

In a statement released Monday, four elected Wet'suwet'en chiefs say the process by which the province, the federal government and the nation's hereditary leaders arrived at a proposed memorandum of understanding on Wet'suwet'en rights and title is unacceptable.

In addition to calling for Bennett's resignation, the elected chiefs are also asking the B.C. and federal governments to reject the current memorandum and begin the negotiation process again with full participation from elected leaders.

"We feel it is important to reiterate that we agree with the pursuit of negotiations for Wet'suwet'en Rights and Title, but we take issue with the improper consultation with respect to an MOU which would lead to negotiations," their statement says.

"This lack of proper consultation and secrecy means the governments are acting in bad faith contrary to the Honour of the Crown."

The Wet'suwet'en are governed by both a traditional hereditary chief system and elected band councils.

Five elected Wet'suwet'en councils have signed agreements with Coastal Gaslink, which has government approval for construction of the pipeline that would carry natural gas through Wet'suwet'en territory to Kitimat on the B.C. coast.

But hereditary house chiefs say the company has no authority to build the pipeline through their territory without their consent, and their opposition sparked demonstrations and blockades that shut down large parts of the national economy in February.

Details of the memorandum are sparse, but an agreement was reached on Feb. 29, and on April 29 the B.C. government said Wet'suwet'en clans had completed their review and given their support to sign it.

The memorandum has been framed as addressing land rights and title more broadly, rather than an agreement related to the pipeline.

The statement from the elected chiefs indicates the Office of the Wet'suwet'en, which is comprised of the nation's hereditary leadership, has invited the federal and provincial governments to sign the memorandum this coming Thursday.

They say their nations met virtually with hereditary leaders as well as with Minister Bennett and her provincial counterpart in B.C., Indigenous Relations Minister Scott Fraser, to voice their concerns last week.

At this rate, there is NO

At this rate, there is NO resolution in sight, as long as one group is pitted against another - the age-old M O of colonialists! The ONLY way out of all this is to KILL this pipeline, and toss the others out while we're at it!
Trudeau has once again proved that he is a consummate LIAR when he declared the large company aid package was not a bail-out!

Welll, y'know ... any kind of "Only One Way" seems with few if any exceptions to be problematic in itself.
There's no reason at all that elected band councils shouldn't continue to exist and to be defined by the legislation that made them or whatever replaces it ... surely there's need for some self-governance in terms of local affairs to be sorted out on the reservations to which they are attached. Neither is there any inherent reason for division amongst the people of the First Nations on account of differing opinions ... any moreso than there is amongst people generally on any important issue.
Maybe the band councils are asking to be involved in the new relationship seemingly implied between thehereditary councils and the provincial/federal governments.
And then there are municpal and district governments ... or maybe those are analogous to band councils, being mainly funnelling agreement and money back and forth and supervising distribution. That's always still needed a governance structure that is open for everyone to understand, and it sounds like reservation residence, band membership and membership in a particular nation aren't at all synonymous and right to inhabit the "home territory" is at the core of the whole thing ...
It'll get sorted out. Ultimately, both the band councils and the hereditary governance structures are made up of honorable individuals with the confidence of those whose right it has been to put them in that place ... all these good and sincere people want the best for their people ... who are, when push comes to shove, the very same people, even!
In the meantime, nothing, really, has changed at all, has it?