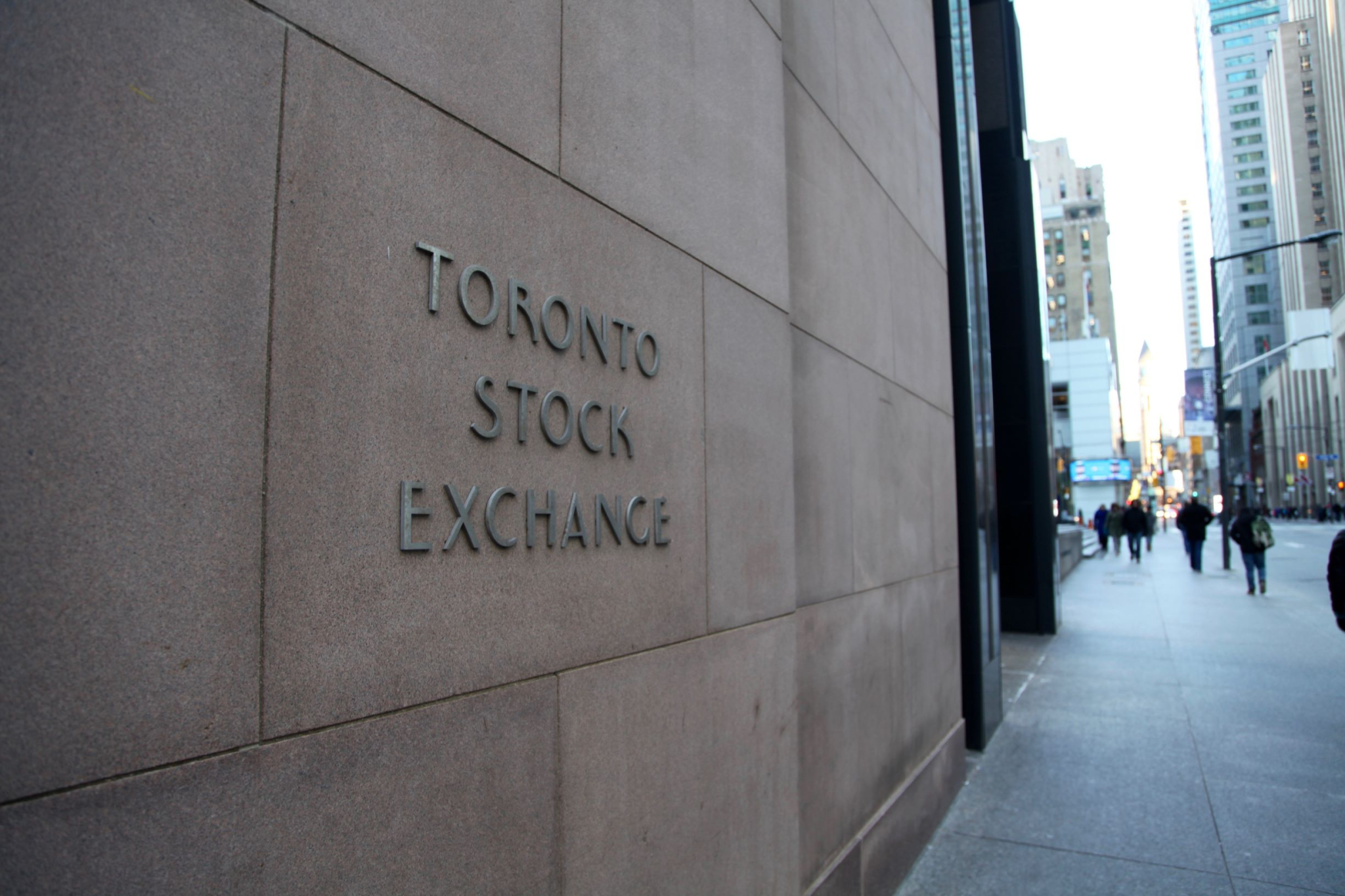 Some of the richest are getting richer during the worst global pandemic in more than 100 years. Photo by Shutterstock / SamaraHeisz5
Previous story
Next story

Tobias Lütke is a Canadian business rock star who — with his owlish eyeglasses and golfer’s caps — resembles a Starbucks-mooching slacker. The young billionaire is CEO of Shopify Inc., the Ottawa-based e-commerce giant that recently surpassed RBC as Canada’s biggest company when measured by market capitalization (the total value of all of its publicly traded shares), which hit $121 billion earlier this month.

That’s because Shopify’s stock is selling for more than a staggering $1,000 a share — up from $367 only a year ago. And one reason the stock is soaring is because COVID-19 has given Shopify a shot in the arm: It sells e-commerce software that helps companies sell goods online — the sort of software bound to be popular when no one can visit local shops anymore.

But here’s the catch: Since it was founded in 2004, Shopify has never made a penny in profits. Instead, it’s lost hundreds of millions of dollars.

Yet for Lütke, who owns 6.7 per cent of the company’s shares, his fortune — on paper, at least — just keeps on growing (he’s worth US$6.5 billion).

Welcome to the Twilight Zone world of the stock market, a place where the rich are getting richer — even during the worst global pandemic in more than 100 years.

Defenders of Shopify hope it will go into the black one day, the way Amazon did after racking up losses for years. Others say it will never happen. Starting in 2017, Andrew Left and Jan Barta, two short sellers (investors who bet on stocks falling rather than rising), produced reports arguing Shopify’s business model is fatally flawed. Their research said Shopify loses so many customers every year that it’s forced to spend enormous sums finding new ones — and that cost offsets any chance of it ever turning a profit. So far, Left and Barta have been right.

But while Shopify’s stock performance may defy logic, that’s merely an appetizer. In mid-March, when the full force of COVID-19 struck North America, the markets collapsed, with the Dow Jones index falling from 29,500 to 18,600 in just over a month — a staggering 37 per cent plummet.

Not for long, however. Almost immediately, the markets rebounded, rising by 32 per cent, even though mass layoffs and the shutdown of the global economy were in full swing, with real unemployment in the U.S. and Canada steaming north of 20 per cent — levels not seen since the Great Depression.

"Welcome to the Twilight Zone world of the stock market, a place where the rich are getting richer — even during the worst global pandemic in more than 100 years."

“The market is very disconnected from the economy,” explains Mark Rosen, a principal with Rosen & Associates Ltd., a Toronto-based financial analysis firm. “It’s not really reflective of the economy."

Indeed, the notion that stock markets are a barometer of how an economy is performing is fallacious, as noted in a New York Times story in May headlined Repeat After Me: The Markets Are Not the Economy.

“The stock market looks increasingly divorced from economic reality,” noted Times markets reporter Matt Phillips. “The United States is on the brink of the worst economic collapse since the Hoover administration. Corporate profits have crumpled. More than a million Americans have contracted the coronavirus, and hundreds are dying each day. There is no turnaround in sight. Yet stocks keep climbing.”

“No, I don’t think markets are a particularly good descriptor of how regular people are doing,” agrees David Macdonald, senior economist with the Canadian Centre for Policy Alternatives (CCPA).

Angella MacEwen, senior economist at the Canadian Union of Public Employees, notes that one reason stock market dynamics have become increasingly divorced from economic realities is because leaders of corporations listed on the TSX, NYSE and other major world stock exchanges have engaged in lavish buy-back strategies aimed at boosting the value of their companies’ shares even when their companies may not be healthy. “We think this promotes very short-term thinking,” MacEwen says. “This is very hurtful to labour.”

Phillip Cross, who headed Statistics Canada until 2012 and has been described in the Globe and Mail as “Canada’s economist at large,” is also highly critical of the ongoing “financialization” of the Canadian economy by stock market insiders aiming to juice share prices at all costs. The big six chartered banks, with their vast stock market valuations and massive influence over financial policymakers and lawmakers, are by far the biggest players in this game, Cross observes, “and the banks always put themselves first.”

There are other reasons why the stock market has risen from the dead so rapidly.

For starters, investors saw an opportunity to buy a lot of stock at bargain-basement prices with the hope of cashing out when the markets revive. “So it’s a speculation on the future value of the stock,” says Macdonald.

Secondly, with government bonds earning zero or even negative interest, the wealthy see stocks as the only place that could generate some returns, even if they are minimal.

And finally, the so-called FAANGs — Facebook, Amazon, Apple, Netflix and Google — are increasingly powerful forces on the markets, which are flourishing during the pandemic compared to companies not so rooted in the internet.

In short, some of the world’s most valuable companies are going to make enormous profits from everyone being quarantined at home.

All of which raises another reality — the rich are going to get even wealthier as a result of this crisis. After all, that’s what happened after the last one — the 2007-09 credit crisis. According to a study by University of California, Berkeley economist Emmanuel Saez, from 2009 to 2012, the top one percenters' incomes grew by 31.4 per cent, while the bottom 99 percenters' incomes grew a mere 0.4 per cent. And a Conference Board of Canada survey showed that corporate directors’ compensation jumped 33 per cent from 2008 to 2010.

Why are the rich going to prosper during the COVID-19 pandemic?

Gary Stevenson has an explanation. He’s a former trader who became a multimillionaire in his 20s working for Citibank in London from 2008 until 2014. Originally from a poor family in Ilford, Stevenson studied economics and math at the London School of Economics (LSE). After winning a competition run by Citibank — one of the world’s largest banks — he was offered a position on its interest rate trading team.

The traders would then try to guess what amount central banks would be setting interest rates at in the future. If they guessed correctly, they would profit accordingly.

By age 25, Stevenson was the most globally profitable trader at Citibank. And that’s because he ignored conventional economic wisdom, which said that as the global economy recovered from the credit crisis, central banks would raise interest rates to offset inflation. He realized this was not going to happen. And that’s because he saw that many leading economies — such as the U.K., Japan, Spain and Italy — were weak, debt-laden and burdened by chronically poor productivity. And he was right: Since 2008, central banks have kept interest rates hovering around one per cent.

Moreover, Stevenson realized that income inequality had led to the rich hoarding wealth while average workers were broke. “I came from quite a poor background, but traders mostly come from comfortable financial backgrounds,” he notes. “If you come from a poor, ordinary background, it’s quite clear why people are not spending: It’s because they literally don’t have any money ... People are in debt ... Ordinary people simply cannot spend more."

Indeed, in Canada, real wages have remained stagnant for nearly 40 years while consumer debt has reached almost $2 trillion — or $73,000 per consumer.

Today, Stevenson says the rich are going to get even richer from COVID-19 for two reasons. For starters, governments have responded to the pandemic by handing out money to citizens so they can pay their bills. “(The money) is going to the poor people, but it’s not staying with the poor people,” he explains, noting that citizens must use the cash to pay for food, rent, mortgages and other essentials. That’s when the rich receive this money, because they own apartment buildings, food companies, e-commerce companies and banks.

Furthermore, the rich will have cut their personal spending, too, because of COVID-19. As a result, Stevenson says their wealth will grow.

But he also points out that the rich don’t use their wealth to invest back in the economy. Instead, they buy stocks, bonds and assets like property and gold. “This money will not cycle back through the system, pushing up wages; instead, it pushes up the prices of these assets,” says Stevenson.

Finally, Stevenson believes it’s difficult to imagine the global economy recovering anytime soon. “Most of the governments in the world are in a similar situation as millions of people in that they are spending more than their income and they’re running down their wealth. So they have no capacity to spend more and will probably have to cut their spending, as well,” he remarks.

So while Tobias Lütke might be getting wealthy while running a money-losing Shopify, the rest of the population is being driven deeper into hock and despair.

As the founder of the

As the founder of the Vanguard Group said the trading of securities benefits no one but the traders. It is actually of great harm to the productive economy by diverting money from productive investment. There should be a high tax on any investment held short term (speculation) decreasing the longer the investment is held. If a stock is never traded the productivity of the investee still continues.

Thank you for this excellent article, yet there is one statement factually incorrect which should be challenged:

“Most of the governments in the world are in a similar situation as millions of people in that they are spending more than their income and they’re running down their wealth. So they have no capacity to spend more and will probably have to cut their spending, as well.."

The government of Canada is a monetary sovereign and can never run out of Canadian dollars. Never!

How the Bank of Canada Creates Money for the Federal Government: Operational and Legal Aspects
Penny Becklumb,Mathieu Frigon, Economics, Resources and International Affairs Division, Library of Parliament
10 August 2015 https://lop.parl.ca/sites/PublicWebsite/default/en_CA/ResearchPublicatio...
"By recording new and equal amounts on the asset and liability sides of its balance sheet, the Bank of Canada creates money through a few keystrokes. The federal government can spend the newly created bank deposits in the Canadian economy if it wishes."

What this means is that we are not dependent on the rich, and the government already has the tools to reduce poverty and inequality. All that is missing is political will.