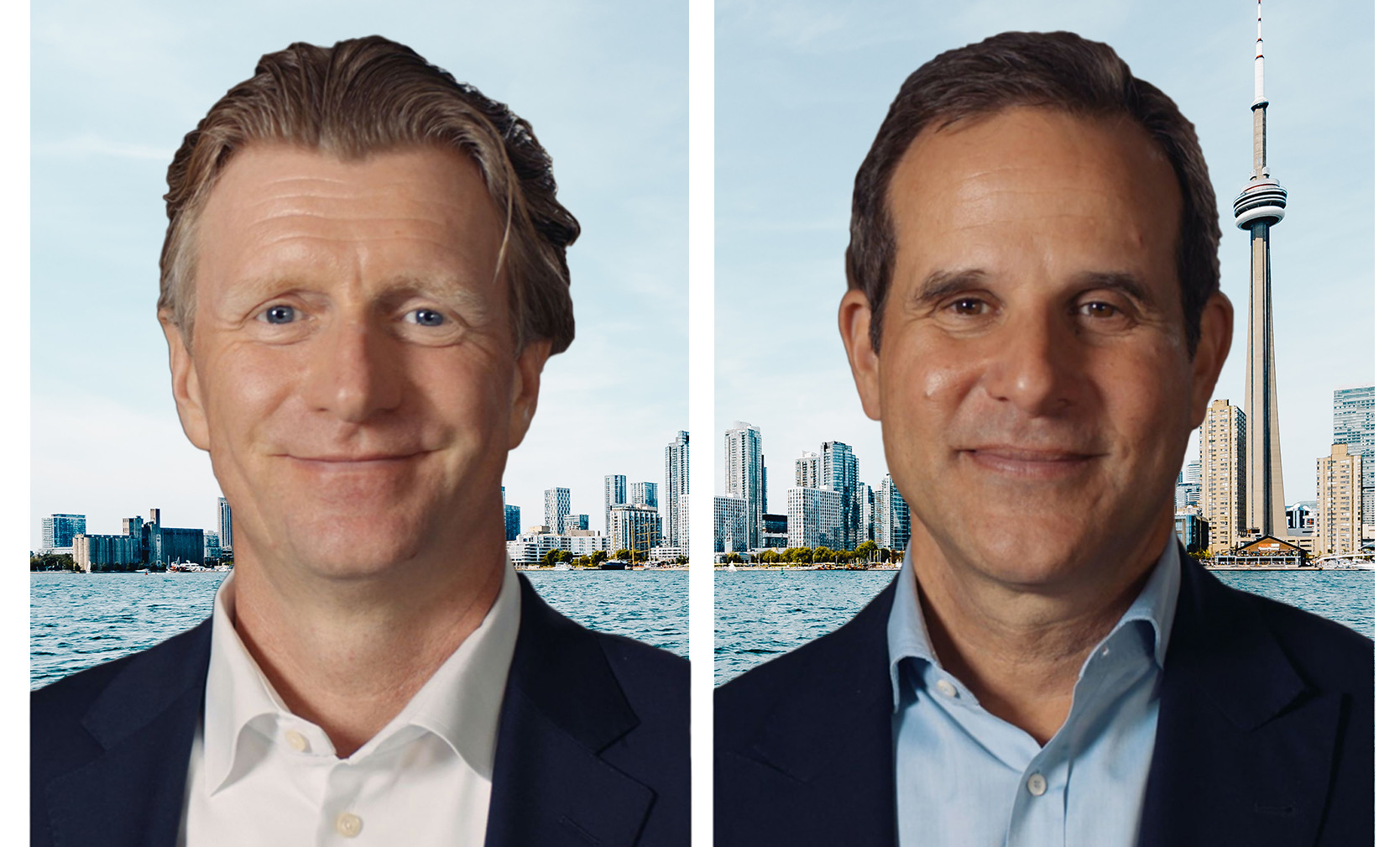 Torontonians awoke Wednesday to the news that Torstar Corp., publisher of the Toronto Star – Canada’s most widely read newspaper – had been sold for a mere $52 million.

My how the mighty have fallen.

Earlier this month, Torstar’s market cap (the total value of its shares) was down to a paltry $24.8 million and penny stock status. Five years ago, its market cap was $415 million and, in 2004, more than $2 billion, based on current stock values.

Torstar, which also publishes more than 70 newspapers and operates dozens of digital businesses in Canada, was sold to a new company called Nordstar Capital LP, which, in turn, is owned by the Bitove and Rivett families, and led by Jordan Bitove and Paul Rivett. Nordstar is a private company.

So what does this all mean? Is it a good day in the hellscape of the Canadian media scene or a bad one?

Torstar, like the rest of the media industry, has been a dying business for quite some time, losing oodles of money in recent years — but not for lack of trying.

Run by the estimable John Honderich, the company has invested in every imaginable scheme to keep the lights on, from television ventures, free newspapers, digital platforms and tablet apps. These efforts more or less failed and Torstar continued to bleed copious amounts of red ink.

The Honderich family, which has presided over the company for decades, has always invested heavily in journalism. The Toronto Star has usually been considered the best newspaper in the country, doing ground-breaking investigative journalism and often holding the powerful to account. It once had a daily circulation of more than 500,000, made staggering amounts of money and had bureaus across Canada and around the world.

Today, the print paper has a daily circulation of less than 200,000, despite the Greater Toronto Area having a population of almost six million people, and is thin, threadbare and tired.

"Will the Bitoves and Rivetts keep a money-losing company afloat indefinitely and invest in great journalism in the hopes of turning the ship around? Or will they begin hacking away and selling off assets – which was what Torstar was doing anyway?"

What also made Torstar stand out was its unabashedly liberal politics in a media business dominated by conservative and pro-Tory outlets – such as Postmedia and the Globe and Mail.

But the remorseless internet destroyed Torstar, as it has most other legacy media outlets.

So the burning questions are: Who are the Bitoves and Rivetts and what are their plans for Torstar?

After all, while you have the happy stories of Amazon billionaire Jeff Bezos swooping in and buying the ailing Washington Post in 2013 and pumping in millions to turn it around, that’s a rarity. Instead, over the past 10 years, hedge funds and private equity firms — often aptly called “vulture funds” — have been snapping up legacy media companies. They buy newspapers at low prices, and then cut costs in the hope of selling at better multiples.

But cutting costs means getting rid of journalists and other content providers. Which also means the newspapers eventually turn to crap and readers flee for the exits. Which then leads to more cost cutting and, eventually, bankruptcy.

Since 2010 when Postmedia Network Inc., which owns Canada’s largest chain of newspapers, was created by a group of hedge and private equity funds, it’s been slowly bled dry like a stuck pig. Much of Postmedia’s debt is held by Chatham Asset Management, a hedge fund based in New Jersey, whose sole purpose appears to be to drain as much money out of the company as it possibly can. And their modus operandi is simple: Cut and cut some more.

Is this what the Bitoves and Rivetts have in mind for Torstar? Cutting and then selling off its remaining assets and making a tidy profit? After all, $52 million seems like a bit of steal.

I asked San Grewal, who worked at the Toronto Star for 18 years as one of its top investigative journalists, his opinion. Grewal left the Star in 2015 to start a digital newspaper, The Pointer. “The sale is potentially a good thing if the new owners, the Rivetts and Bitove families, are committed to journalistic values and good content,” he told me. Grewal found it difficult to imagine the two families would sell off the assets in a “garage sale.” And Jordan Bitove said in a statement that: “We believe in the news. With this transaction we can ensure a future for world-class journalists and world-class journalism befitting the paper’s storied history. We are committed to investing in the news business…”

Still, there are some worrisome things to consider. Torstar has been guided by the Atkinson principles, a set of progressive social justice ideals espoused by Joseph E. Atkinson, the Star’s publisher from 1899 to 1948. The Honderich family continued this legacy, and have always embraced liberal causes.

Yet the Bitoves are a well-known business family with close ties to the Conservative Party of Canada in all of its various iterations. The family’s patriarch, John Bitove Sr., who died in 2015, was described in his Globe and Mail obituary as “a well-connected Conservative and party fundraiser over the years.”

In regards to Jordan Bitove and Paul Rivett, as Canadaland unearthed today, both businessmen have been heavy donors to the Conservative party and even the far-right People’s Party Leader Maxime Bernier, and given cash to Doug Ford, the PC Party of Ontario, and other prominent Tories, often for the maximum amounts.

The other alarming thing is that incoming vice-chair of the Toronto Star is David Peterson, a former premier of Ontario (1985-90) and one of the pillars of the Canadian corporate and legal establishment (and I don’t mean that in a good way). Peterson’s term as premier, which had started promisingly, was marred by the Patti Starr corruption scandal.

Peterson then went into business, eventually sitting on the boards of many prominent companies and becoming a partner and chairman of one of the “seven sisters” corporate law firms, Cassels Brock & Blackwell LLP. In the late 1990s, Peterson landed in hot water due to his role in the YBM Magnex scandal, which was a money-laundering front for one of Russia’s most vicious gangsters, Semion Mogilevich – a fixture on the FBI’s most wanted list. Peterson was on the board of YBM Magnex as it was trying to get on the TSX to raise money from investors.

Yet when private investigators YBM’s board had hired told the directors there were many fishy things about the company, Peterson and his fellow directors ignored the warnings and pursued getting the company listed. YBM raised hundreds of millions from investors before it was exposed as a fraud and front for Mogilevich. You can read the whole sordid tale here, from the Ontario Securities Commission’s investigation.

And under Peterson’s watch, Cassels Brock was forced to pay out $28 million to settle a lawsuit launched by a group of General Motors dealerships for violating their contractual and fiduciary duties.

Here is the bigger question, though: No matter what their intentions, the reality is that investing in the media business to make money is just foolish.

With the exception of the New York Times, Wall Street Journal, the Financial Times and a couple of other properties that attract global audiences, most media companies lose money. And they do so because the internet and the FAANGs – Facebook, Apple, Amazon, Netflix and Google – suck up all of the online advertising. Which is why media companies like Torstar and Postmedia are struggling.

So while the legacy media is dying, no one has really figured out how to turn a profit in this landscape.

Grewal admitted that Jordan Bitove and Paul Rivett “don’t fit the profile of philanthropic owners. They are not in it to lose money and run it as a charitable philanthropic enterprise.”

So will the Bitoves and Rivetts keep a money-losing company afloat indefinitely and invest in great journalism in the hopes of turning the ship around? Or will they begin hacking away and selling off assets – which was what Torstar was doing anyway?

I fear they’ll end up embracing that last approach, even if they have bought Torstar for all of the right reasons. In which case, one of Canada’s most storied media companies is heading for the wood chipper – maybe not today, but eventually.

I grew up with radio & the

I grew up with radio & the daily newspaper delivered to our door. How quaint! Never owned a TV until well into the 70's and although I still own one now, more often than not it sits silent and black. I'd rather read, or if I need mental stimulation while ironing or some other mind numbing job, my choice is still radio - CBC of course.

I know I'm a dinosaur but the media ecosystem in which I was raised was and is still, a most efficient and effective means of public information. REAL journalism implies a rigorous examination of fact, and back story. This can/should be done without resorting to partisan opinion being passed off as information.

The money grubbing "social media" that purposrts to be "news" is no more than back fence gossip - which itself, of course, is virtually obsolete in this 21stC. climate of isolaton and silos - which was in place long before Covid19.

With all the knowledge that has been accruing globally over the past century it is still possible to live in a world of lies and fantasy. It is still more than possible to be led around by the nose by the wealth ridden deplorables who can think of nothing other than further enrichment. Too much is never enough for them.

Betsy, I agree that corporate

Betsy, I agree that corporate capture of the media business is what’s going on here. Even the CBC seems ‘captured’ by the remnants of ten years of neocon rule under the previous government. I have turned to small subscription vehicles like NatObserver, Narwhal, CCPA Monitor, and others for my grasp at reality.

The Toronto Star long ago

The Toronto Star long ago lost its credibility with me by being too closely aligned with the Liberal Party. I took out a subscription to Canada's National Observer to support honest journalism that seeks to find & report relevant truth. If it veers from this mission, they'll lose my financial support. But so far, so good!

I certainly won't mourn the loss of The Toronto Star if, like The Telegram, it finds its way into the dustbin of newspaper history.