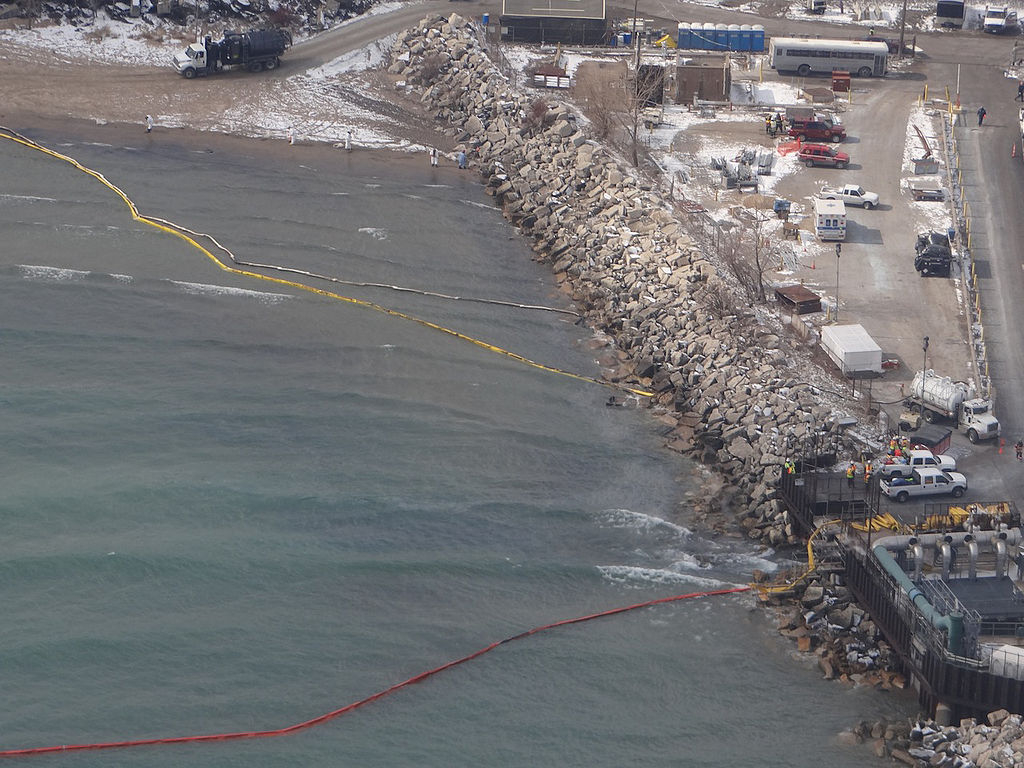 Ten corporations that agreed to a total of $56m in civil penalties for allegedly breaking environmental laws are not being required to make payments under a pause granted by the US government during the Covid-19 pandemic.

The companies polluted air and water, including in communities already vulnerable to toxic pollution like East Chicago, Indiana, according to legal proceedings.

They signed settlements with the government agreeing to pay fines without admitting liability but the justice department last month advised most of the companies of extensions in letters which were obtained by the government watchdog group Accountable.US via public records requests.

Denver-based oil and gas company K P Kauffman allegedly violated air pollution laws, emitting volatile organic compounds that form smog in the Denver-Julesburg Basin, an area that wasn’t meeting smog standards. The company settled and agreed to pay $1m in eight installments over four years, but it has not been required to pay its second installment because of the freeze. The company did not respond to requests for comment.

KP Kauffman spent $200,000 lobbying the Environmental Protection Agency (EPA) in 2019 and the beginning of 2020, according to the Center for Responsive Politics. In 2016, the company hosted a meeting between oil industry executives and president Donald Trump, although the company’s CEO Kevin P Kauffman, a major GOP donor, did not attend.

Chris Saeger, director of strategic initiatives at Accountable.US, said: “This is exactly the time to make sure support is flowing to the federal, state and local governments that need a hand with responding to the coronavirus crisis and with the environmental problems that these special interests have caused.”

“When we’re facing a public health crisis that causes respiratory problems, this is a time to be holding companies to a higher standard of air quality, not a lower one.”

The companies will not be required to pay penalties before 1 June, although they have the option to do so and at least two companies told the Guardian they made payments despite the extension. The EPA would not respond to inquiries about its policy and or say which companies paid penalties.

The justice department on 14 April sent letters to the affected companies, offering to temporarily suspend collection of the payments, following the EPA’s announcement in March that it would ease some enforcement requirements. The justice department said the suspension was meant to “mitigate the financial impact of the coronavirus (Covid-19) pandemic”.

One company, Virginia power provider Dominion Energy, settled and agreed to pay $1.4m for allegedly releasing 27.5m gallons of water from a coal ash impoundment that seeped into groundwater along the shore of the James River. Coal ash contains dangerous pollutants, including mercury, cadmium and arsenic, which can cause widespread environmental damage. The company said it plans to pay the settlement penalty once it is finalized.

Dominion has a number of ties to high-ranking Trump officials, including EPA’s former top enforcement official, Patrick Traylor, who had Dominion has a client. Attorney general William Barr has served on the company’s board of directors and received more than $500,000 from Dominion.

Another alleged violator, one of the world’s largest steel companies, ArcelorMittal, decided to pay the $5m penalty it agreed to for air quality issues at steel plants in East Chicago, Indiana; Burns Harbor, Indiana; and Cleveland, Ohio, according to a spokesman.

ArcelorMittal’s chief executive was at a Trump roundtable of business leaders in India in February and also was one of about 20 executives to dine with Trump in Davos at the World Economic Forum in January. Trump’s commerce secretary Wilbur Ross was previously on the company’s board of directors.

The oil and gas company BP Products North America said it also paid the $8m penalty it agreed to for alleged air pollution problems at an oil refinery in Whiting, Indiana, on the south-western shore of Lake Michigan.

BP was accused of emitting too much particle pollution, which is linked to asthma and heart attacks. The justice department’s assistant attorney general Brian Benczkowski represented BP in the past. BP employees have given $85,000 to Trump campaign groups.

A spokeswoman said BP employees in the US are free to give money to the political campaigns of their choice.

What's the big deal? Alberta cancelled environmental inspections and standards because of COVID 19, and simultaneously declared the oil sands an essential business.

The US has to catch up to Alberta, which takes care of fines ahead of time by cancelling the ability to levy them.