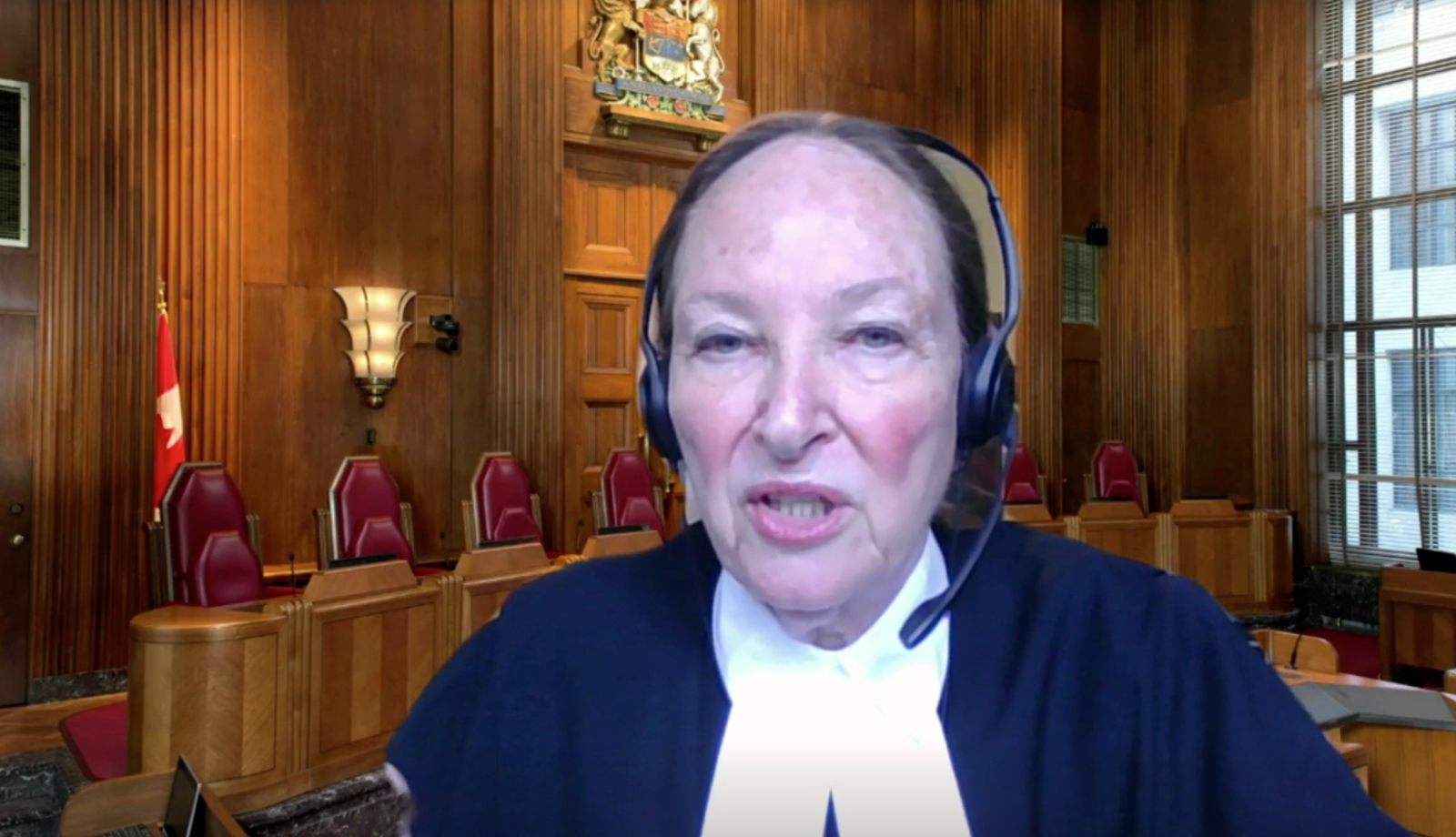 When police in Coquitlam, B.C., phoned up a suspected cocaine dealer and ordered drugs, it was not entrapment because they had done other investigative work and had a reasonable suspicion before calling, Canada’s top court ruled Thursday.

The decision adds to the Supreme Court of Canada’s body of work dealing with the balance between individual liberties and police powers, and the doctrine of entrapment — the idea that police should not randomly test people’s virtue, and that the state should be limited in how it can manipulate people for the purpose of scoring convictions.

Justice Sheilah Martin read out the court’s ruling following a virtual hearing. Justices appeared via Zoom video-conferencing, and used the virtual background setting to display a photo of the court behind them as they spoke into headsets.

The ruling upholds a B.C. Court of Appeal decision in the case of Cheung Wai Wallace Li, who pleaded guilty to trafficking in cocaine.

A B.C. trial judge had stayed proceedings on Li, saying that before the Mounties made the initial phone call to buy drugs off him, they didn’t have a reasonable basis to suspect that the phone number they were about to dial was associated with a drug-dealing operation.

But the appeals court lifted the stay, saying it had found “several errors in the judge’s analysis.” On Thursday, Eric Purtzki, the Vancouver-based counsel for the appellant, had argued for the Supreme Court to restore the B.C. trial judge’s finding.

The case involved an anonymous Crime Stoppers tip received by the Coquitlam RCMP in 2015. The tipster provided a phone number and said it was being used to deal cocaine in the area. They also gave a description of a tan Honda Odyssey minivan they said was involved, and gave the licence plate number.

The Mounties ran the phone number against a police database and came up empty, but when they ran a vehicle registration check on the plate, it confirmed the minivan description. Further records checks revealed that the owner "had an extensive history of suspected drug trafficking" and had five other vehicles registered in his name.

When an RCMP constable tried the phone number, a man answered, later identified as Li. The constable asked how the man was doing, and he said, “good” and then asked who was calling. The constable said it was “J” or “Jen” and the man said, “OK.” The constable then asked for “half of soft,” or half a gram of cocaine.

They then arranged to meet at the Coquitlam Centre mall and the police bought the drugs. Over the following months, the Mounties bought drugs 21 more times, with Li involved in 16 of those deals, according to the B.C. Court of Appeal ruling.

When police in Coquitlam, B.C. phoned up a suspected cocaine dealer and ordered drugs, it was not entrapment because they had done other investigative work and had a reasonable suspicion before calling, Canada’s top court ruled Thursday.

Purtzki argued Thursday that the police investigation into the vehicle should have been seen as disconnected from the records check on the phone number. Allowing police to bring together such disparate elements would create a “moral hazard,” he said.

There was no reasonable grounds to support a suspicion of drug dealing either before the call or during the call, argued Purtzki. “There’s nothing in the course of the call ... linking the analysis and the tip to the content of the call,” he said.

'The police confirmed the assertion of illegality'

Crown counsel countered that the RCMP’s action was not based on a hunch, but a “constellation” of factors. While the reliability of the tipster was unknown, the tip itself was detailed, including not just the phone number, but the make, model and colour of the vehicle and the licence plate.

As well, the Crown asked why Li, after the constable identified themselves as “J” or “Jen,” did not ask any follow-up questions about the person's identity. And the Crown argued it was typical for drug dealers to use "burner" phones, or disposable, prepaid phones, so it was not uncommon for a phone number check to come back negative.

Purtzki replied that the sergeant who was questioned on the burner phone issue was asked in court proceedings if he agreed that, in his experience, drug dealers changed their phone numbers frequently, and his answer was that he didn’t necessarily agree.

Martin, when reading out the court’s ruling Thursday, confirmed that the justices agreed with the Crown that they should apply the framework of another Supreme Court case, R. v. Ahmad, dated May 29. That case is considered to be the first time the court had looked at entrapment in the context of so-called “dial-a-dope” trafficking cases.

In that case, the Supreme Court found that the entrapment doctrine should be focused on “abuse of process,” and that stays of proceedings should be “only issued in the clearest of cases of intolerable state conduct.”

“The police confirmed the assertion of illegality by connecting this car and licence plate, and five other vehicles, to a person with an extensive and recent history of suspected dial-a-dope drug dealing,” said Martin.

“Therefore, there was no entrapment.”