Nunavut reporting what may be territory's first COVID-19 case 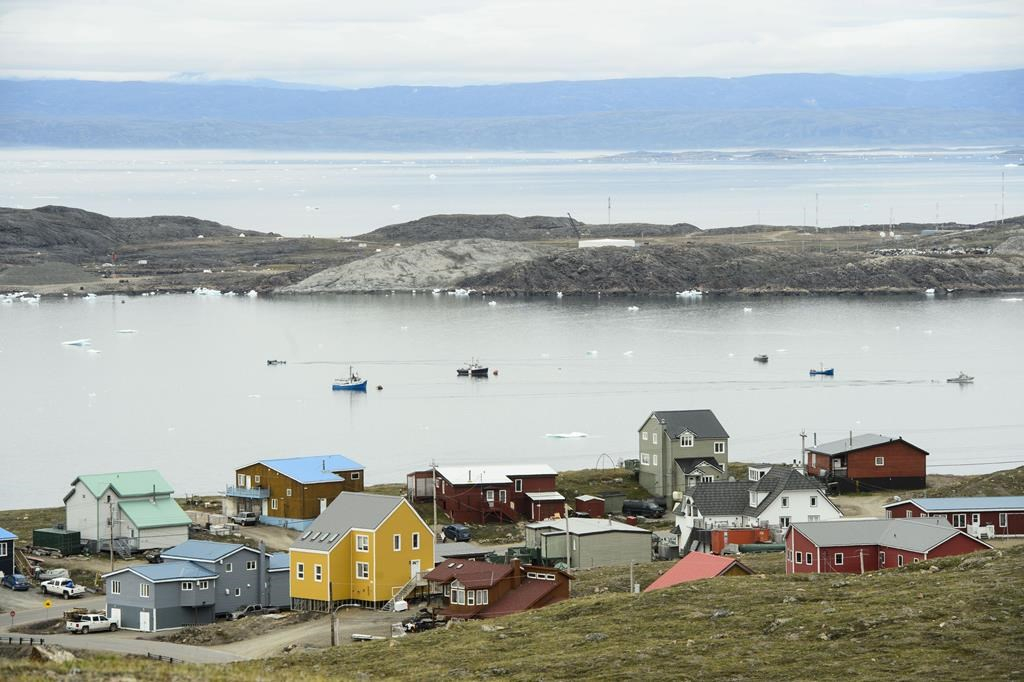 Small boats make their way through the Frobisher Bay inlet in Iqaluit on Friday, Aug. 2, 2019. Nunavut is reporting what may be its first case of COVID-19. File photo by The Canadian Press/Sean Kilpatrick
Previous story

Nunavut is reporting what may be its first case of COVID-19.

Dr. Michael Patterson, the territory's chief public health officer, announced Thursday a presumptive infection of a worker at the Mary River Mine on Baffin Island, 176 kilometres southwest of Pond Inlet.

He said the person recently travelled to Nunavut for a shift at the open pit iron mine run by Baffinland Iron Mines Corporation. The worker was not showing symptoms, but was tested as part of routine screening. The person is doing well and is isolating from co-workers at the site.

The test is being sent to a laboratory for confirmation.

"We anticipate that these results will be available early next week," Patterson told a news conference. "Until then, this is being classified as a probable case of COVID-19 for Nunavut.

"If the additional testing yields a positive result, this will be considered Nunavut's first confirmed case."

Nunavut reported what was thought to be the territory's first case of COVID-19 in Pond Inlet in late April, but it later turned out to be a false positive.

The government said no Nunavut residents have worked at the mine since March and, as it is considered as essential service, its operation is to continue.

Patterson added that the workers are not required to isolate when they travel into Nunavut, as they fly directly to the mine for their work rotations.

He would not reveal where the worker involved in the probable case is from.

Health Minister George Hickes said employees at the mine do not have contact with community members.

Nunavut is reporting what may be its first case of COVID-19.

And he said it's best for mine workers who are Nunavut residents to stay home.

"There's a lot of concern with having Nunavummiut go to the mine site then go back to the community. So to my knowledge, all of the operating mines in Nunavut are still paying their Nunavut employees to not go to work right now out of fear of contamination of the community."

This report by The Canadian Press was first published July 2, 2020