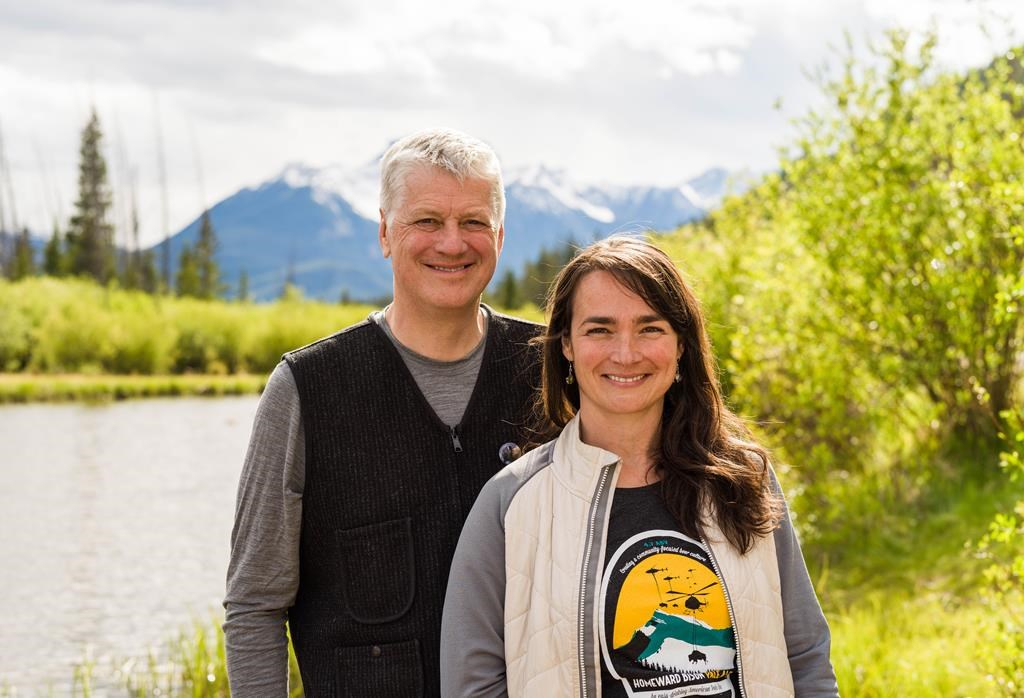 A well-known conservationist who met with an Alberta cabinet minister at a diner says he's stunned two police officers did unauthorized surveillance on the informal meeting before one followed his vehicle.

Harvey Locke and his wife, Marie-Eve Marchand, were two of four people who met with former environment minister Shannon Phillips at the Chef Stella Diner in Lethbridge in April 2017.

"I was listening to the radio at breakfast and my eyes just about fell into my coffee cup," Locke said in an interview from his home in Banff, Alta., late Tuesday.

He and Marchand were listening to a news story about a disciplinary hearing for Sgt. Jason Carrier and Const. Keon Woronuk, which was first reported by CHAT News.

The two Lethbridge police officers admitted they had not been authorized to watch Phillips while she met with people in a diner to discuss a new park in the Castle region in the province's southwest.

Hearing notes said both officers had a shared interest in off-roading there.

Carrier texted Woronuk, who was acting sergeant on duty, with a picture of the meeting and location, and Woronuk attended the diner.

They took photos of the meeting and, as they left, Woronuk said to Carrier that he "would hate to see Phillips drive away from the restaurant and there was a reason to stop her," an agreed statement of facts said.

Woronuk was also involved in following a blue Mazda that left the diner and he ran a police information check on it, the statement said.

A well-known conservationist who met with an Alberta cabinet minister at a diner says he's stunned two police officers did unauthorized surveillance on the informal meeting before one followed his vehicle.

Woronuk subsequently posted photos of the meeting on a Facebook page under the name "Mike Corps," which included identifying Locke and Marchand and a long caption criticizing Phillips and the NDP government.

A screenshot from the post saved by Locke and Marchand showed the officer also criticized Locke.

"He loves to hear himself speak... Loudly. This proved to be beneficial because I (and the rest of the restaurant) could clearly hear most of their conversation," said the post.

It said Locke had a map laid out on the table, was pointing out areas and telling Phillips that "trails need to be closed and access restricted because these were traditional Buffalo migratory paths and breeding grounds."

The post prompted Phillips to complain to Calgary police, who uncovered the unauthorized database search. They passed the investigation on to Medicine Hat police. The review resulted in charges under the Police Act.

Locke, who noted he gave a brief statement early on, said he didn't know there was a formal investigation.

"The irony, of course, is the meeting wasn't about the Castle at all," he said.

It was about the reintroduction of bison in Banff National Park, he said, and how Phillips could protect the animals if they wandered onto provincial land outside the park.

Locke said what happened points to a community of people who get angry because they don't want to see nature conserved in Alberta.

Phillips did sign a ministerial order a year later that protected the plains bison herd as wildlife if they wandered into a 239-square-kilometre area that stretches northwest of Banff National Park to the federally run Ya Ha Tinda Ranch.

Locke said he works with governments around the world to protect nature and he's shocked to hear that he was followed by police in his own province.

The two officers were temporarily demoted. The force's police chief has said their actions were shameful and inexcusable.

Locke said he's pleased to hear the United Conservative government is taking the matter seriously and has referred it to Alberta's police watchdog to determine if there are grounds for a criminal investigation.

Sharon Craig, a spokeswoman for the Alberta Serious Incident Response Team, said it will be a comprehensive review of the professional standards investigation by police.

It wasn't immediately clear if that review will interview Phillips, Locke, Marchand and the two other people at the meeting, who have asked not to be identified.

Phillips, now the Opposition NDP legislature member for Lethbridge-West, said the two officers should be fired. She said the matter goes to the heart of trust in police and that an independent outside investigator needs to be brought in.

"Putting people under suspicion for being environmentalists in Alberta must come to an end immediately," he said. "It just has to stop."

This report by The Canadian Press was first published July 15, 2020