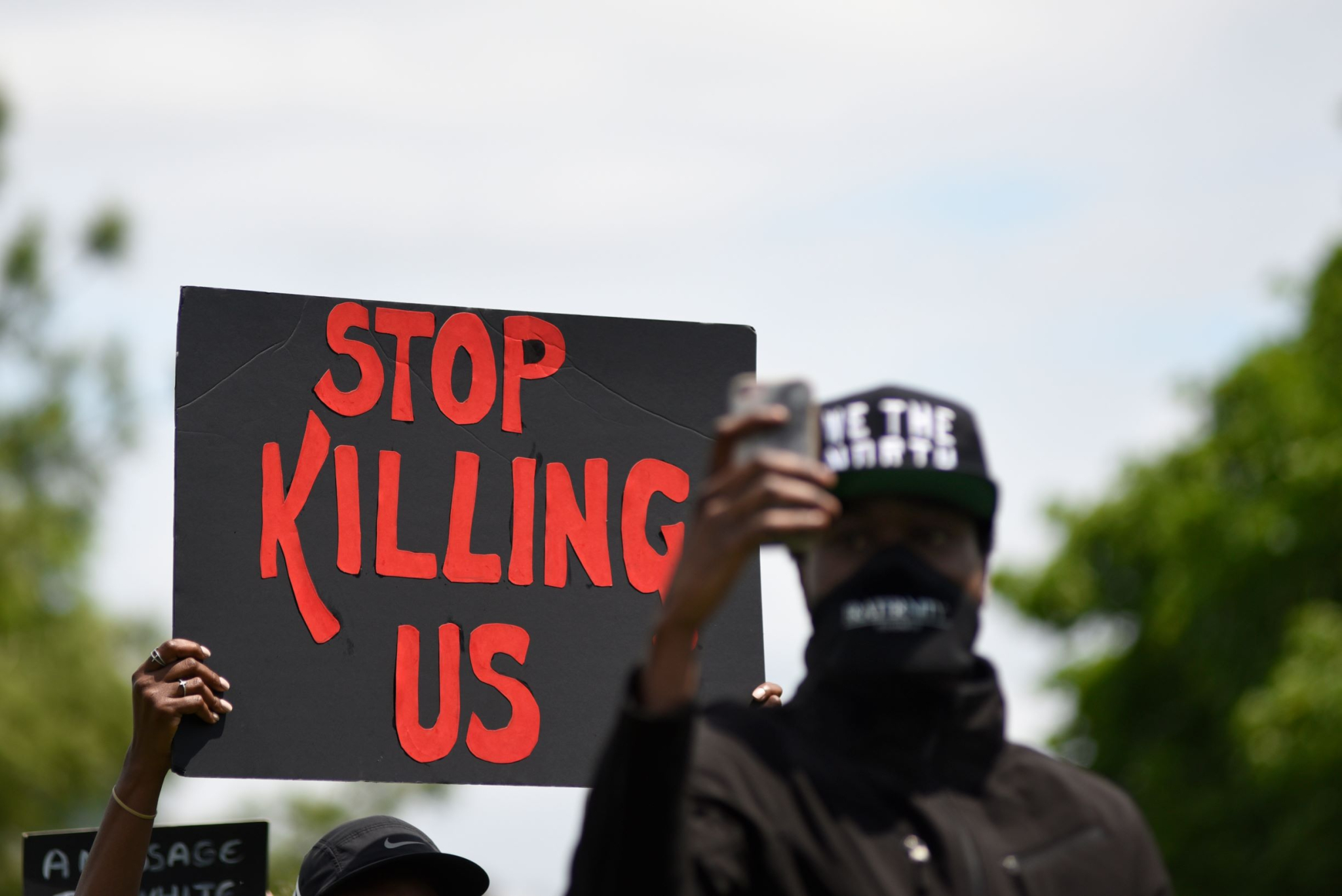 Ontario Human Rights Commission finds Black people more likely to be charged or subject to use of force than white people or other people of colour. Photo by arindambanerjee / Shutterstock.com
Previous story
Next story

Black people don’t need to hear it, but they are far more likely than white people or other people of colour to be pulled over, charged or subject to use of force by Toronto police.

But while a fresh statistical review released on Monday by the Ontario Human Rights Commission added to decades of evidence showing systemic bias in policing and justice — and calling for change — Premier Doug Ford was announcing he would give police more money to buy surveillance cameras.

The document, "A Disparate Impact," compiles statistical reports on the racial disparity in charging and on use of force, and comes amid widespread protests across North America against police brutality and a sharp debate about the role of police in society.

“I’m done with reports,” said Sandy Hudson, one of the founders of Toronto’s Black Lives Matter chapter, which is pushing for the defunding of the police. “I want to be doing interviews on action.”

The new OHRC report detailed the myriad ways Black people are discriminated against by the city’s police. It found Black people were much more likely to be charged for cannabis offenses (the data is from 2013-2017) even though conviction rates and research show use at similar rates to white people.

Black people were four times more likely to be charged for so-called ‘out of sight’ driving offenses, in which the offense can only be discovered once an officer has made the decision to pull the person over.

“We all know it’s bad. We all know that anti-Black racism results in the degradation, harm and death that we’ve seen in our community … but if it doesn’t lead to any action what’s the point?” Hudson said.

The Black Lives Matter movement has been calling for the Toronto police budget to be cut in half, but even an effort at city council to trim it by 10 per cent failed to pass in June.

Although they represent only 8.8 per cent of Toronto’s population, Black people represented almost one-third of all the charges in the dataset and more than a third of those out of sight driving charges. Almost one in four cannabis charges were laid on Black people.

The city said at the time it would develop alternative community safety models while its budget allocated millions of dollars for body cameras, and the provincial government kicked in more money on Monday for police.

"We all know that anti-Black racism results in the degradation, harm and death that we’ve seen in our community … but if it doesn’t lead to any action what’s the point?” asks Black Lives Matter organiser @sandela

“It's absolutely critical that our brave men and women in uniform have the tools and the resources they need to do their job and keep us safe,” Ford said in prepared remarks as he announced $3 million in funding over three years for Toronto police to double the number of closed-circuit television cameras across the city.

He said the government was responding to the force’s urgent request following “episodes of senseless violence” last summer.

Hudson said governments were quick to confront issues they deem important — noting the federal government’s rapid response to the WE charity scandal as another recent example — while engaging in “a really maddening, tortuous time loop” about how to solve racism.

“All this energy has been poured into this report and it could have been put into creating new things, the new services that we need to replace this institution that refuses to change,” she said.

A quarter of cases of death, serious injury or allegations of sexual assault heard by the Special Investigations Unit (SIU) involved Black people, and almost four in 10 of the more mundane forms of state violence such as punches and kicks or batons.

Although they represent only 8.8 per cent of Toronto’s population, Black people represented almost one-third of all the charges in the dataset and a quarter of the cases of death, serious injury or allegations of sexual assault heard by the Special Investigations Unit (SIU), the independent police watchdog that investiagtes such incidents.

They were at the receiving end four times out of 10 in incidents involving force such as punches and kicks, grounding or use of batons.

“Black people are grossly overrepresented in virtually all lower level use of force categories documented by the study,” said Dr. Scot Wortley, a criminologist and the lead author of the report.

The vast majority of SIU cases involved unarmed Black civilians without prior criminal records who were not compliant with police commands, he said. Many cases involved people in a mental health crisis or dealing with a substance abuse issue.

The report said this overrepresentation could not be explained by factors such as patrol zones in low-crime and high-crime neighbourhoods, violent crime rates or average income.

For those in positions of power in racist systems

“We don't need another report showing us that if you're Black, young, living in a socio-economically disadvantaged community, or living with mental health issues that you are at far greater risk of being seriously injured or killed by the very people ostensibly tasked to serve and protect you,” said Anthony Morgan, a racial justice lawyer and manager of the city's Confronting Anti-Black Racism unit.

“These reports are primarily for the politicians, public policymakers, judges, Crown lawyers and prosecutors, parole board members, probation officers and others in positions of power within the systems of policing” that have fed the frustrations of the Black Lives Matter movement and others, he said.

They were nevertheless “exceptionally important,” he said, because they translate Black experience and provide impetus for policy change in those systems of power “that continue to produce so much Black pain, both physically and figuratively.”

The report and its authors make two recommendations: that Toronto police, its board and city council adopt legally binding remedies to address and eliminate anti-Black bias and racism in police, and for the provincial government to create the legislative or regulatory requirement that all police services collect comprehensive, disaggregated race-based data across a range of police activities.

Solicitor general Sylvia Jones said that as of Jan 1, 2020, the province has compelled police services to submit race-based data for any intervention that involves use of force.

The police force and its board have not made binding commitments.

“The Toronto Police Service is committed to accountability and community input to ensure we foster a human-rights based approach to policing and combatting systemic racism,” said interim chief Jim Ramer in a joint statement issued by TPS and the police board following the release of the OHRC report.

“We are continuing to work on ensuring that equity and anti-racism are built into all of our policies and practices,” said Ramer, who replaced Mark Saunders after he stepped down at the end of July.

“It is time to make transformative changes in the institutions and systems of law enforcement that produce such disparate outcomes – community trust and safety, especially the safety of Black lives, depend on it,” she added.

Editor’s note: This article was updated at 5:42 p.m. on August 10, 2020, to include comments from Premier Doug Ford and Solicitor General Sylvia Jones, the manager of the city’s Confronting Anti-Black Racism unit, a Black Lives Matter organiser, and a joint statement from Toronto police and police board.