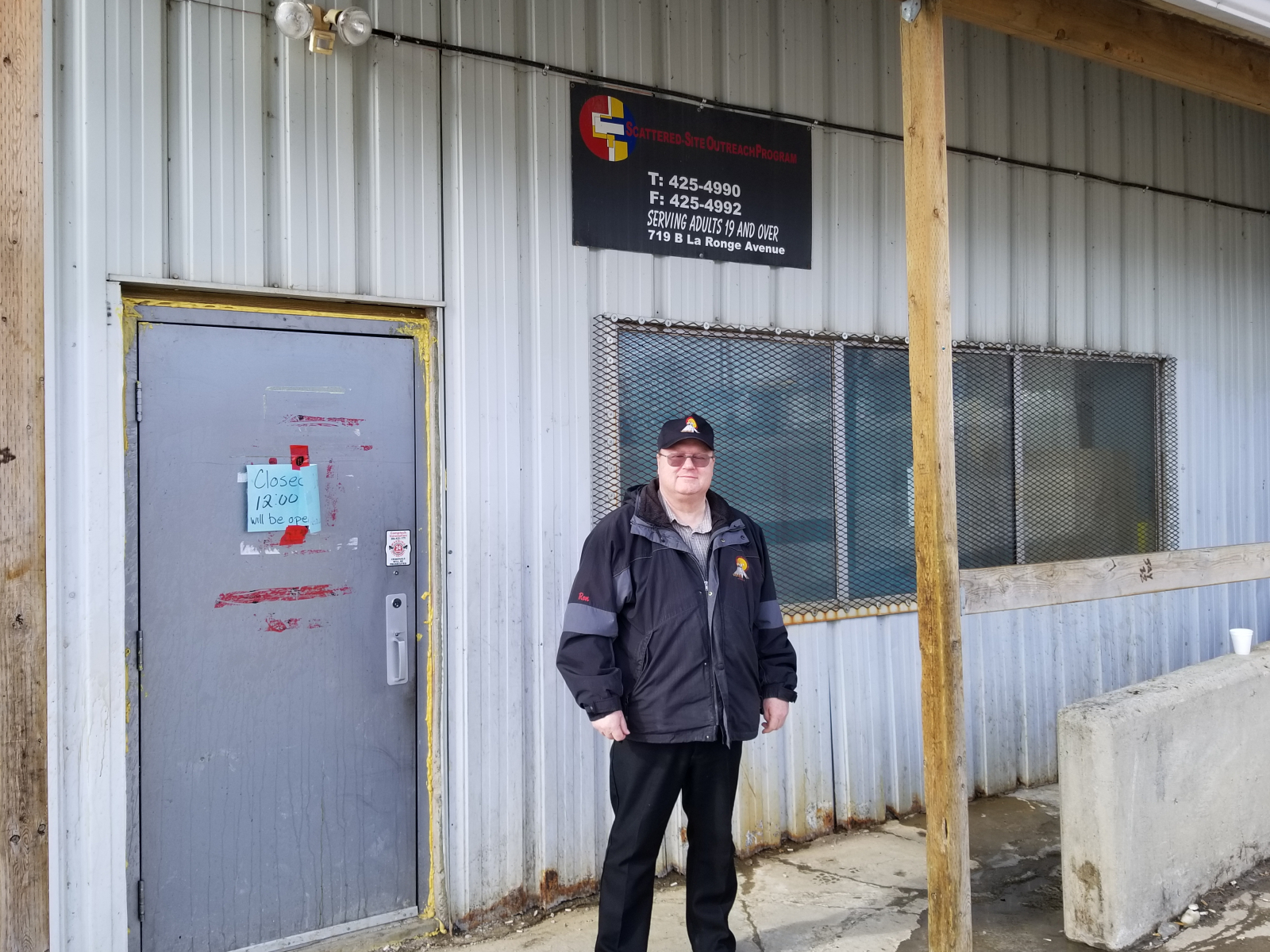 A council vote on Wednesday is set to determine the fate of a proposed homeless shelter in La Ronge, Sask., but outcry from local business owners on the town’s main drag has the mayor worried it won’t pass.

La Ronge Mayor Ron Woytowich told Canada’s National Observer on Monday that if a motion to approve a building at the shelter's new site isn’t passed, residents going through periods of homelessness could be without a place to stay as temperatures start to drop — and that could have deadly results.

“Every other year before we ran the shelter, people froze to death. During the middle of the winter, once we started opening, nobody froze… There is a real need for this,” Woytowich said.

Woytowich said the current shelter location is nowhere near up to code, is subject to frequent flooding and has become unusable.

He said repairs would be too expensive and that the shelter cannot operate this winter at its current site.

“There were 121 clients last year that used the shelter. Some only used it once or twice, but we had 10 or 11 that used it over 40 times,” Woytowich said.

Several businesses have voiced strong opposition to the idea of a new homeless shelter in their backyards because of the impact that they feel it could have on the image of their community. One of those is Robertson’s Trading Post.

“That (the) Town of La Ronge has an image problem can only be considered a gross understatement. A homeless shelter on La Ronge Avenue is exactly the wrong location for such a service… I strongly recommend that (the) mayor and council reject this application,” Scott Robertson wrote in a letter to council.

“That (the) Town of La Ronge has an image problem can only be considered a gross understatement. A homeless shelter on La Ronge Avenue is exactly the wrong location for such a service," Scott Robertson.

Councillor Dallas Everest, who owned the local KFC until recently, wrote in a joint letter with his wife, Chamber of Commerce President Crystal Everest, that a shelter would decrease property value.

"We should be reshaping main street into what we envision for the future of our town. Not permitting commercial property in the retail sector for temporary shelters," Pajunen wrote.

"I'm not saying that we should not be inclusive to people from all walks of life. I'm saying there's a place."

Out in the cold

In 2016, the body of a homeless woman named Tracey Nicole Bird, of the Montreal Lake Cree Nation, was found dead in a wooded area of La Ronge after temperatures dipped to –30 C.

Bird's death was one of many that galvanized debate over the quality of service for homeless people in the La Ronge community — a debate that remains ongoing.

“We were averaging two homeless deaths a year until the shelter opened,” Woytowich said. “That’s why it's so important to keep this up and running.”

A handwritten coroner’s jury recommendation at the time had urged the Town of La Ronge and Mamawetan Churchill River health region to develop “an overnight shelter for homeless and alcoholic individuals, who can be supervised under basic medical personnel. To include an outreach program to educate on consequences and places of assistance for those in need.”

The Scattered Site outreach program is a co-existent operation at the shelter that provides support programming to address mental health and addiction issues among the homeless.

“We have the highest-risk population. We are like Downtown Eastside Vancouver, we are like Main Street in Winnipeg, we are like in Toronto where the drag is, and we serve the entire northern population,” Jackie Ballantyne, outreach program director at Scattered Site told Canada’s National Observer in March.

“We are trying so damn hard to keep people safe and folks don’t understand that we need a space for folks. A safe place and a decent place. A place that doesn't flood every spring and doesn't fill with black mould,” she said.

Councillor Jordan McPhail said he doesn't think a new shelter downtown, nearby to where the current one is located, would change much in terms of how the downtown core looks.

“Folks are typically in need of the services that are downtown. Their current location is already in close proximity to a lot of the health services that typically go hand in hand with poverty and homelessness and addictions issues. I am 100 per cent OK with having the shelter downtown and close to the services that these folks will need,” McPhail said.

McPhail said he expects a spike in homelessness since the province lifted a moratorium on non-urgent evictions put in place to help renters cope with the pandemic.

“Going into COVID-19, La Ronge had an issue. We did see quite a few people living in poverty and the food bank numbers were high,” McPhail said.

He said this winter is likely to be especially difficult. Estimates from the Saskatchewan Landlord Association show tenants in the province were $30-million in arrears prior to the eviction ban lifting August 4.

“There are going to be evictions, there are going to be people that have missed their rent and they’ve had to make impossible decisions over the course of this pandemic. Having a permanent place with a higher capacity is something that is important in these times,” McPhail said.

“We need to be going above and beyond as a municipality to support those that are in the most need right now.” 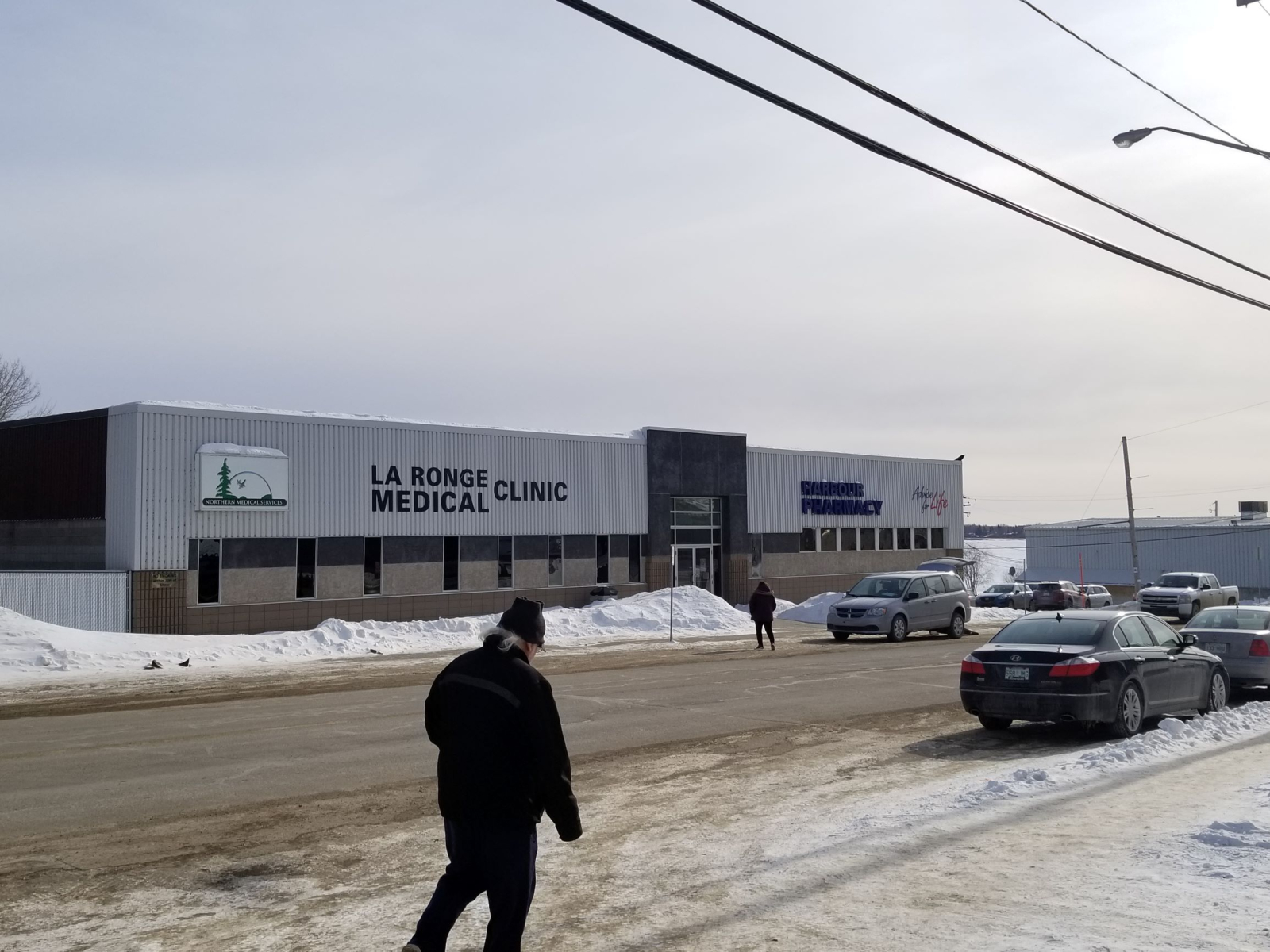 Ministry of Justice and Attorney General spokesperson Marieka Andrew told Canada’s National Observer that the government is urging tenants and landlords to work together on the issue of overdue rent as evictions pick up again.

“ORT (Office of Residential Tenancies) hearing officers will take into account all evidence submitted by either party in response to a claim,” Andrew said.

Council approved the motion to consider rezoning the new shelter site at a previous meeting. Public consultation is part of the next legal step; if it’s not approved at this stage, the process goes back to the drawing board and any new location would have to be approved again.

This week's town council meeting happens at 7 p.m. on Wednesday and is open to the public.

Note: This article was updated at 6 p.m. on August 25, 2020 to include more recent information.

I don't know enough about the

I don't know enough about the La Ronge community to be making unfounded comments so I will try to make this general enough that it addresses the long standing economic, social and political problem of Canada's northern regions and other "undeveloped" part of our earth.

Canada's North has been the home of last resort offered to our indigenous community and it has become the all purpose solution to the willed disappearance of our First Nations. Shuffled off into lands that cannot sustain people deprived of their traditional sources of sustenance, largely because of the continued exploitation of the land's resources without, in any sense, acknowledging the deprivation visited upon indigenous peoples for generations. Canada has reduced these so-called northern communities to beggars at the feast. Hanging on by their shredded lives to the crumbs afforded them by the financial chicanery of the extraction sector. This criminal activity has had the willing complicity of Federal and Provincial governments who have reneged on any promises or plans for rescue and sustenance through neglect, and malfeasance. They all do so with impunity knowing that voters in the North have no power to make them live up to their obligations. It is a litany of depravity by the settler culture, the predatory capitalist system that gives white Canada a deserved reputation for systemic racism and genocide. No Royal Commission, no Reconciliation Commission has succeeded in uprooting this bred in the bone European determination to exterminate indigenous peoples around the globe for the purpose of robbing them of their resources.

There are no acceptable counter arguments to this simple narrative. You can find it everywhere the Europeans, having destroyed their own nations through rapacity and religious intolerance, took to the seas on voyages of "discovery" and piracy. The Buccaneers, like the third world migrants of today rescued their homelands from their own greed and malignancy and enabled them to spread their evil across the globe. That evil still flourishes but its days may be coming to an end as the third world in the shape of the rising tide of the people of color begin their inevitable overwhelming of the empires of whiteness. It cannot come too soon. We can only hope that the coloured people have more humanity within them and a greater respect for the earth that sustains us all.