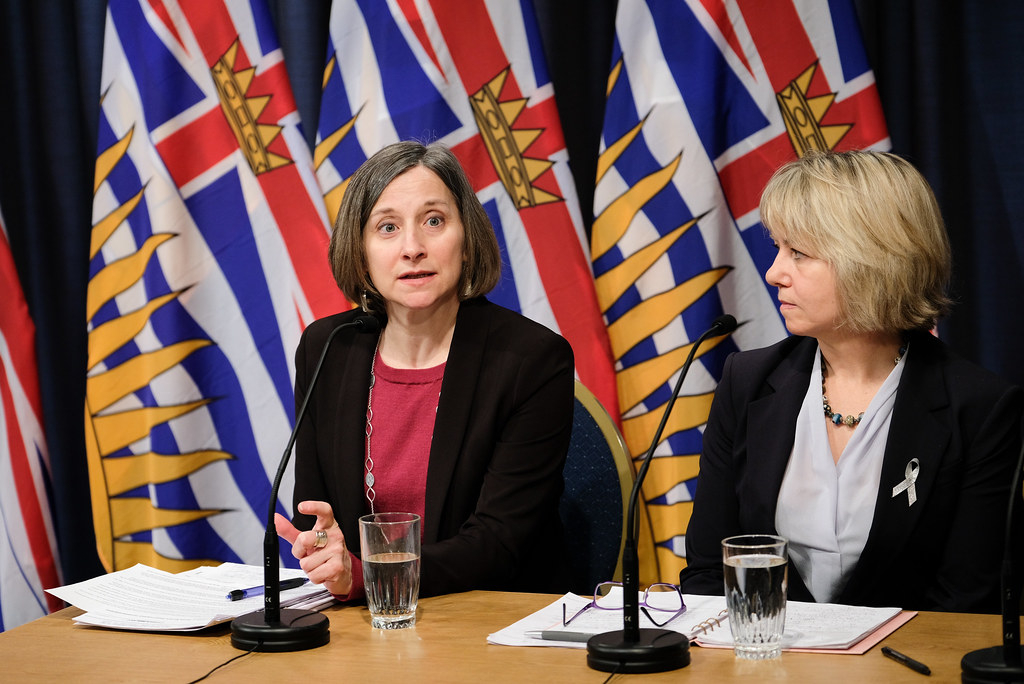 B.C.’s death toll from toxic street drugs continues to skyrocket during the pandemic, with 175 people dead from overdoses in July.

It is the third consecutive month with more than 170 overdose deaths, said B.C.’s chief coroner Lisa Lapointe at a press conference on Tuesday.

That equates to almost six people dying a day from illicit drug overdoses across B.C in July, and almost 6,000 deaths since the province declared the overdose crisis a public health emergency in April of 2016, Lapointe stressed.

“The number of people dying in B.C. due to an unsafe drug supply continues to surpass deaths due to homicides, motor vehicle accidents, suicide and COVID-19 combined,” Lapointe said.

But even as calls to decriminalize illicit drug use are mounting, Health Canada said Tuesday that Ottawa isn’t considering decriminalization.

Lapointe also issued a call for more doctors to start prescribing safe supply, particularly pharmaceutical grade heroin, or hydromorphone, to people with substance use issues in accordance with the new provincial guidelines.

“This is of critical importance to reduce the risk of harm and death that can be associated with medical destabilization during this dual public health emergency,” she said.

“The number of people dying in B.C. due to an unsafe drug supply continues to surpass deaths due to homicides, motor vehicle accidents, suicide and COVID-19 combined,” Chief Coroner Lisa Lapointe on illicit drug overdoses in the province.

Henry also championed safe supply and reiterated, yet again, the need for senior levels of government to decriminalize illicit drug use.

“Every day more people are understanding the importance of ensuring things like having access to a safer supply from the types of drugs that we're seeing,” Henry said.

“And also, the increasing support for the very important measure of decriminalization of people who use drugs, to reduce some of the shame and stigma that leads people to using alone.”

The measure is one of several needed to address the opioid overdose crisis, Henry said.

“(Decriminalization) needs to be in place to allow people to come forward, to give them that sense of safety that they're not going to end up into in the criminal justice system for this issue,” Henry said.

“These are all pieces that we need to get in place and it is painfully slow.”

There has been recent movement around the issue, Lapointe noted, citing Canada’s police chiefs' call to decriminalize the personal possession of illegal drugs, and the new directives to federal prosecutors to avoid possession charges except in egregious situations.

Despite Horgan’s urging and calls from B.C. health authorities and peer advocacy groups, the Liberals aren't looking to decriminalize personal possession, Health Canada said in an email to Canada’s National Observer on Tuesday.

“The Government of Canada is not considering the decriminalization or legalization of illegal drugs at this time,” Health Canada said.

“We are committed to addressing the opioid crisis and problematic substance use from a public health perspective.”

But neither Health Canada nor the federal Justice or Health ministries clarified why decriminalization of personal possession was off the table.

Health Canada and the ministries also declined to say what rationale, if any, the federal government has given B.C. public health officials or Horgan for not pursuing decriminalization.

“Canada’s overdose crisis requires collaboration from all levels of government, partners, stakeholders, people with lived and living experience, and organizations in communities across the country,” Health Canada said.

No region or community exempt from overdose crisis

The fatal consequences of the toxic drug supply are not limited to Vancouver’s Downtown Eastside, and can't be considered somebody else’s problem, Lapointe said.

“Problematic substance use is experienced by people from every demographic in this province, and in July every health services delivery area had at least one illicit drug death,” she said.

The cities of Vancouver, Surrey and Victoria are facing the highest number of fatalities during the overdose crisis in 2020.

Island Health continues to have the third-highest rate of fatal overdoses among the province’s health authorities, with 33 deaths per 100,000 people, compared to the provincial rate of 30.5.

North Island—Powell River NDP MP Rachel Blaney said substance use issues and the tragedy of fatal overdoses due to toxic street drugs are impacting her constituency.

“It’s an ongoing concern in parts of the riding, despite some of the amazing community organizations and individuals working to support and educate people about realities of substance use,” Blaney said.

The NDP supports the call for decriminalization of personal possession of illicit drugs, Blaney said, adding putting people struggling with substance use in jail is not a compassionate response to dealing with the overdose crisis.

“I am still frustrated that the federal government is not treating this as a public health emergency and not a crisis,” Blaney said.

“If government declared it an emergency it would free up a lot of resources across the country to address the problem.”

Guy Felicella, peer advisor for the B.C. Centre on Substance Use, said substance use advocates are frustrated and despaired by the lack of action and effective policy around safe supply and overdose deaths.

“No single politician or political party owns this. In fact, every level of government past and present owns this, because the one thing they share has been a collective lack of bold action, or a clear plan to prevent the crisis from happening in the first place,” Felicella said.

“Our failed policies are forcing people to play Russian roulette. Only the odds are growing against them, and it’s not just a single bullet in the chamber. It's a full chamber and our bad policies are holding the gun.”