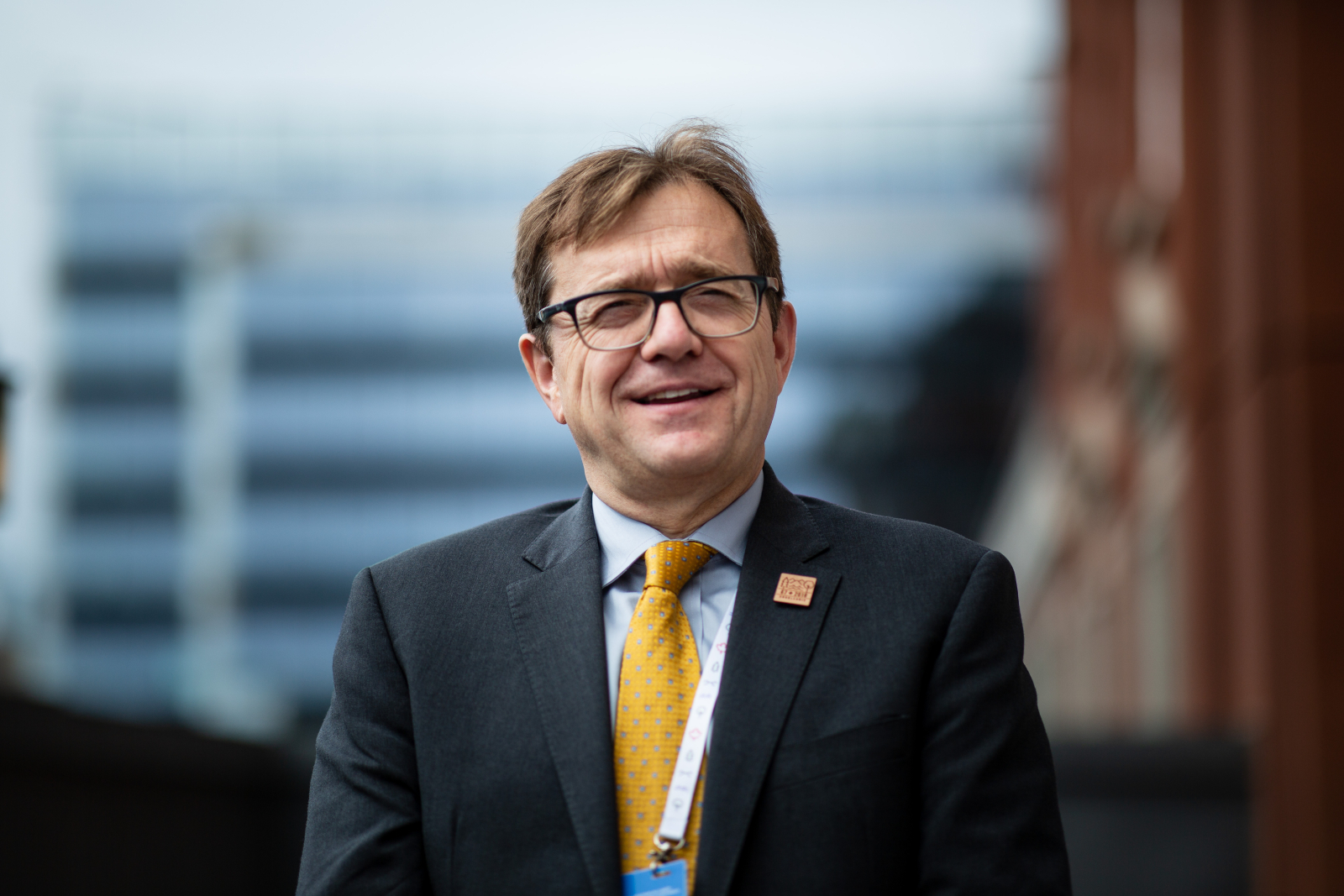 The money will go towards 11 projects across the province, including electric vehicle charging stations and an initiative in Vancouver that harnesses energy from heat released by sewage. As the federal government seeks to help Canada’s economy recover from COVID-19 shutdowns, the “critical, looming” crisis of climate change remains important, Wilkinson said.

“We are going to need to address these issues as part of any long-term recovery strategy,” he told reporters in Vancouver.

“Our government is committed to ensuring we build back better.”

The federal government has pledged to reach net-zero carbon pollution by 2050, but its full plan for hitting that target was delayed by COVID-19. Prime Minister Justin Trudeau has said he intends to include green infrastructure in his government's economic recovery plan — he and former finance minister Bill Morneau, who resigned last month, reportedly clashed over the scope of those plans.

B.C,’s provincial government will contribute $18 million for the projects through its CleanBC Communities Fund, while local and Indigenous communities will pitch in more than $13 million, Wilkinson said.

Vancouver Mayor Kennedy Stewart said the clean energy projects that will receive some of the federal funding can help the city burn less natural gas. (The federal government has also subsidized the B.C. natural gas industry, to the tune of $275 million.)

“We cannot ignore the ongoing climate crisis we are seeing and now feeling globally,” Kennedy said.

This is a great start. But it

This is a great start. But it represents about 10% of the amount that has recently been invested in LNG in BC by the federal government. More green infrastructure and investment in green business is required.

Exactly........spouting about not being able to ignore climate change, while hoping we'll ignore how much of our tax dollars continue to go to propping up the very industries responsible for causing it, may be the liberal way of eating their cake and having it too..........

But the transition has to happen within this decade..........and its no longer a case of the environment AND the economy. Parts of the economy that push rising greenhouse gases have to be shuttered.......and replaced by more than a few token green jobs.

Unfortunately, too many of us vote for that old normal........imagining our kids can take the heat of what we've prepared for their actual futures. I suspect the LIberals know that.

$28.5 million is considered 'Massive'? What do you call the billions in subsidies the oil & gas industry gets? Or the Kinder Morgan pipeline?

Money down the black hole of

Money down the black hole of a sunset industry, fighting for its life on a dying planet???

I agree with the other writer

I agree with the other writer's. This is just a bit of greenwashing given the $$ that continue being spent to prop up the moribund oil and gas industry.

Agree with all the comments.

Agree with all the comments. Question: Under what authority is he awarding more money when Parliament has been prorouged by our fearless leader Justin Trudeau?

The federal government is

The federal government is spending far more on infrastructure designed to increase fossil fuel consumption and GHG pollution than on 'green' infrastructure. Urban highway and airport expansion is fossil fuel infrastructure, and Koch Industries and the rest of big oil want more of it. (Yeah, pipelines too obviously). The federal liberals and most provincial governments are still giving big oil what they want. I'm quoted in this Vancouver Sun / Province article on the issue https://theprovince.com/news/stimulus-money-should-fund-green-transporta...

Too little. Too late. And

Too little. Too late. And still no plan.

This paltry amount is just 1/77th of the price tag for the vital Broadway Subway in Vancouver, or 1/156th the cost of purchasing the Trans Mountain pipeline, and probably 1/500th the final cost of the unnecessary TM expansion project.

This sum is equivalent to $5.59 for each BC resident. If extrapolated to the entire Canadian population, the total would be about $210 million, or 1/21st the cost of the existing TM pipe purchase.

Minister Wilkinson could make one of these announcements a day for the next year and it still wouldn't amount to anything close to competing with the billions shovelled at fossil fuels in the past year, or even 1/7000th of one of the latest estimates of the urban infrastructure deficit (even if roads are excluded in favour of transit, energy and upgraded underground utilities), let alone a national renewable electricity smart grid, electric intercity rail, a building energy conservation program and a number of other initiatives that would ideally be part of a true, long-range Transition Plan.

Are we supposed to be satisfied with piecemeal funding, tokenism and rhetoric when the need to decarbonize the economy is so urgent?

Yes. We're supposed to be

Yes. We're supposed to be grateful for the peanuts they throw our way........trouble is, too many Canadians don't even know how much oil and gas still get at the public trough.........and they're almost as dense when it comes to the reality of climate change.

Hear, hear. I echo what

Hear, hear. I echo what others have said. $28.5M is a pittance in relation to what the federal government has spent on fossil fuels. $16B for fossil fuels v $300M for clean energy. Compare this to other G20 countries: $201B to fossil fuels, $119B for clean energy (Figures from: https://globalnews.ca/news/7183008/canada-fossil-fuels-aid-coronavirus/) . Still a ratio going in the wrong direction, but at least a better balance than we have here in Canada. Our climate has zero chance of recovery with these sorts of ongoing terribly wrong-headed decisions. Shame on Trudeau.

Great! 1/10th the amount of the subsidy to liquified fracked methane.

Thank you Trudeau and

Thank you Trudeau and Liberals.
Things will be changing on Sept. 23 in the Throne Speech. Expect big moves on Climate Change mitigation and emphasis on public/private investments in nascent green tech and more.