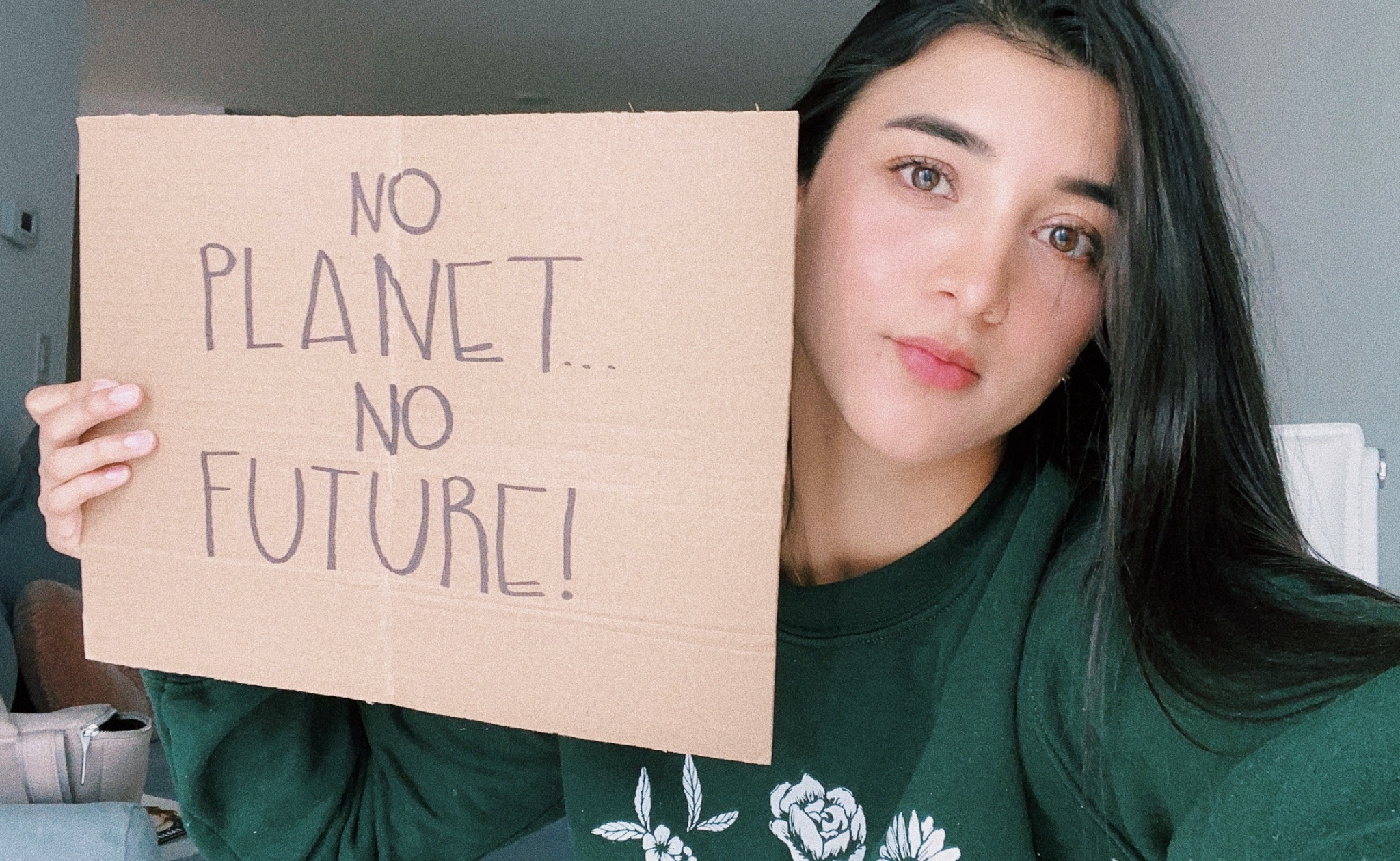 Laura Hernández is planning logistics for the first climate protest she will ever attend, a global action coming later this month. Photo supplied by Laura Hernández
Previous story
Next story

Laura Hernández has never been to a climate protest, but now she is helping plan logistics for the Toronto version of the first global action of the COVID-19 era.

Hernández’s awakening has been accelerated by the pandemic, and by the relative freedom to stand up for the environment in Canada compared to her home country of Colombia, one of the most dangerous places in the world to be a green activist.

The United Nations counted more than 100 killings of human rights activists in Colombia in 2019, mostly in rural areas where the end of a decades-long insurgency has left behind thriving black market economies in illicit drug production and illegal logging.

“Unfortunately, the people who are fighting for a better future in terms of environmental protection have been murdered by criminal groups,” said the 24-year-old from Bogotá, who came to Canada two years ago with her family, but is the only one to remain.

“I never expected to be this involved in the movement,” said Hernández, who was interested in joining the Toronto contribution to the last big global climate protest, on Sept. 27, 2019, but didn’t.

That day last September, millions of people across the world marched to demand politicians and businesspeople take drastic action to address climate change, but the largely youth-run movement inspired by Swedish teen activist Greta Thunberg has since been stymied by the pandemic and related public health measures.

“This is my very first time being involved in a strike and it's the first time that I have experience in a huge group like Fridays for Future Toronto,” Hernández said in a phone interview with Canada’s National Observer about the upcoming strike and the work she has put into planning it.

The global movement recently put out a “save the date” notice for Sept. 25, and for Hernández that has meant hustling for months to help plan a sit-in at the intersection of Bay and Wellesley streets.

The COVID-19 pandemic has pushed @villalbalaura_ to dive into climate activism, with the uni student playing a key role planning logistics for the Toronto version of the Sept. 25 climate strike, the first she will attend

The location is strategic and problematic due to COVID-19, near both city hall and Queen’s Park as well as the city’s financial district, but also right across from a major women’s hospital to which they would need to ensure they are not blocking access.

“We need to block that street because it's a main street in Toronto, and we're going to keep the attention of people who are trying to go to that street and to use that space,” Hernández said. “The use of that space is our tool to tell all levels of government that we need a change, and we need it now.”

The climate strikers plan to funnel any overflow of people south toward city hall, and if enough people show up, they could look at occupying the plaza in front of it, Nathan Phillips Square.

Since settling in Toronto, Hernández has learned about Canada’s own troubled relationship with its Indigenous peoples and current policies that boost the oil and gas industry with taxpayers' money.

One of the big points of contention for Hernández is the federal government's decision to approve the expansion of the Trans Mountain pipeline, a project which she says does not align with the Paris Agreement targets Canada has set for emission reductions.

“It will lead to millions of tons of extra climate pollution, not to mention how it has drastically affected Indigenous peoples’ land and way of life,” she said.

So she was happy to get heavily involved with climate work when the pandemic upended life and presented an opportunity for society to rebuild more thoughtfully.

“This idea of going back to normal cannot affect the environment anymore,” said Hernández, one of the founders of the University of Toronto offshoot of the core Fridays for Future Toronto group that since April has been working to get more university students involved when youth get back on the streets.

“The pandemic really dampens climate strikes and protests, and the tentative solution for months was to shift events online or even suspending them,” Hernández said, adding that she is ready to take to the streets, but convincing others has been difficult. 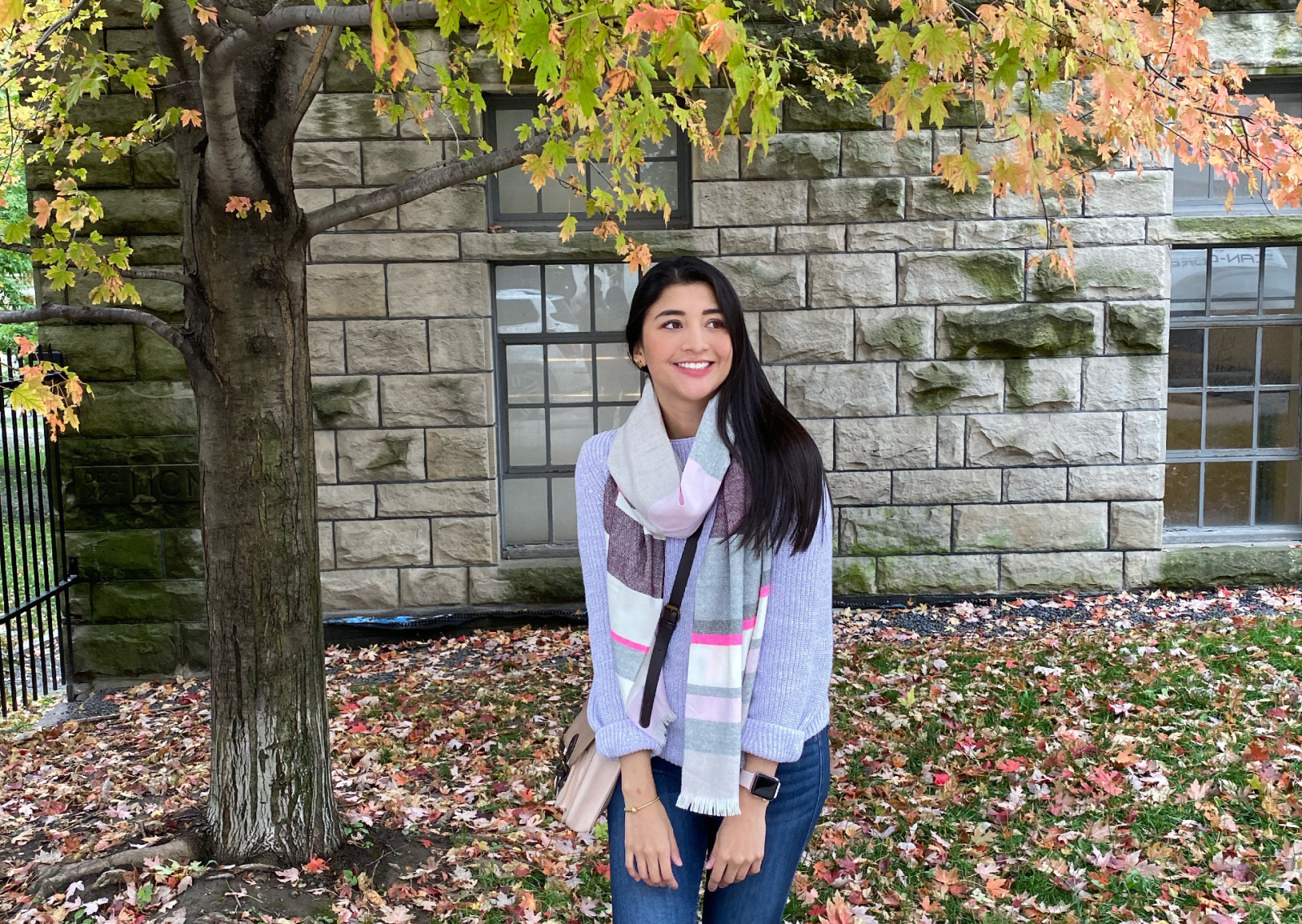 Hernández says it’s hard to know how many people will attend Sept. 25 — hundreds of thousands of people have joined sustained protests against police brutality and racial injustice since the pandemic, especially in the United States, but those have been sparked by a volatile mix of specific acts of state violence and the systemic racism that meant COVID-19 hit communities of colour especially hard.

The climate protests on Sept. 25, by comparison, will call for a just and green recovery from the pandemic, pushing for government and business to make green policy and investment choices that, for example, phase out petrochemicals and beef up renewable energy, sustainable food and the care sector.

The protests are related — the negative effects of climate change, like COVID-19 and police violence, disproportionately impact Black and Indigenous people and other people of colour.

But while she attended a “Defund the Police” sit-in outside the headquarters of the city’s police force in her personal capacity during lockdown, Hernández is wary of encouraging climate protesters to take part.

“Our main focus group is youth, so we have to understand that people who follow what we do are high schoolers and even younger, so that's why we really need to be careful,” said the 24-year-old, who studied sustainable business management at the undergraduate level, and is now seeking a master’s degree in urban innovation at U of T.

For the newly formed group, she is mostly reaching out “on campus” to other groups, delivering presentations explaining their goals and trying to motivate more of her peers to take part in the upcoming strike.

How to protest the destruction of the planet, safely

For the main group, which is mostly run by high schoolers, Hernández is part of the team taking care of “all the details and considerations” of the Toronto event.

She said her team has been working hard to reduce the risks associated with being around so many people since July, when the global day of action was first proposed.

“We have been involved with police permits, things that we have to do as part of the logistics duties, to actually be allowed to do this event,” she said. “We need to get in touch with the police, we need to consider things like having marshals, accessibility for people who cannot be in these conditions.”

They also need to create a public safety plan for the strike, she said, which will have to account for municipal and provincial guidelines on physical distancing and other measures to contain the spread of the COVID-19 virus.

“So, basically listing all the things that we have to get ready, like mandatory masks, hand sanitizer use, sanitation stations. We're going to have a plan to ensure people are keeping their distance, with crosses on the street to, as much as we could, try to reduce the spread of the virus,” she said.

Hernández meets online with the logistics team on Tuesdays, the core Fridays for Future Toronto group on Thursdays, and the U of T offshoot on Sundays.

She has been putting a lot of time and effort into the project this summer since she was unable to find work due to COVID-19, and worries she won't have the same capacity to contribute once her program starts next week.

“For that reason, I am trying right now to have everything done before my school starts getting crazy,” she said. “It’s a lot of work, a lot of meetings and a lot of extra work outside those meetings as well.”

But it’s also been a way for Hernández to engage in something meaningful in a time of great uncertainty.

“As much as I can keep busy doing stuff, that helps me a lot,” she said, adding her involvement in the climate movement this year had given her “a huge opportunity to learn, and to feel, especially, that I'm doing something.

“I've gotten involved in all of this is because I want change,” she said. “And doing this makes me feel that I'm doing something, not just sitting waiting for others’ actions, it's me doing it.”