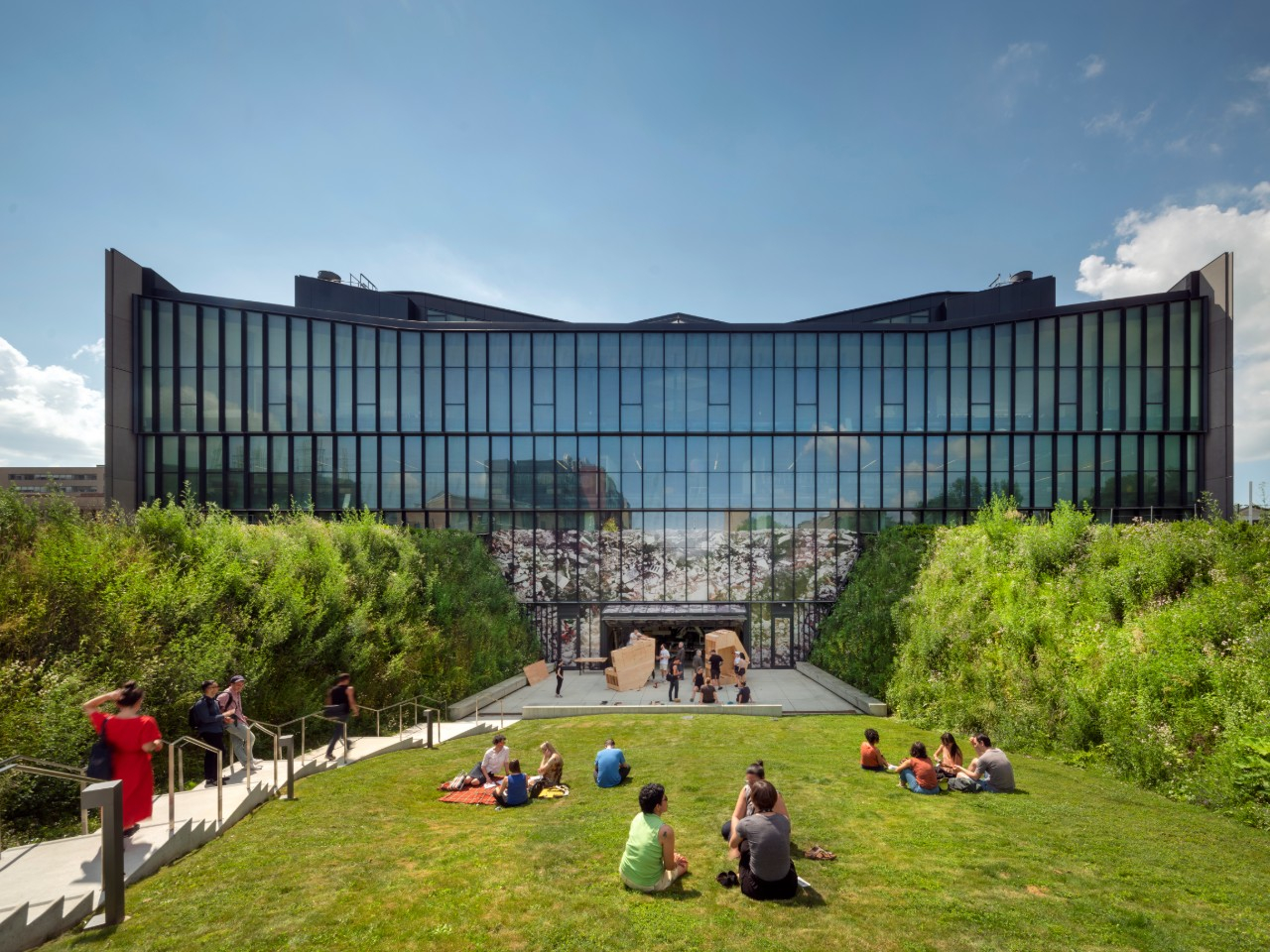 North facade of Daniels Building at the University of Toronto. Photo via John H. Daniels Faculty of Architecture, Landscape, and Design
Previous story
Next story

Student demands for meaningful changes to faculty hiring, curriculum and resources to “dismantle anti-Black racism” at the University of Toronto’s architecture school are being heard, its interim dean says, with plans to create a diversity and equity office and create an elder-in-residence program, among other commitments.

In June, representatives from three student unions at U of T’s John H. Daniels Faculty of Architecture, Landscape, and Design penned a letter to administrators — endorsed by more than 750 signatories — outlining seven recommendations to advance racial representation and educational initiatives as part of their “Daniels Do Better” campaign. It’s part of a growing chorus across the university, including at Trinity College and the faculty of music, calling for change.

Architecture and design students criticized the faculty for what they describe as an inadequate adherence to diversity standards, underrepresentation of Black faculty members, and “an academic climate where Black students often feel isolated, exhausted, unsupported, and systemically undervalued.”

Janice Miyagi, a third-year master of architecture student, said the turning point that sparked students to put more pressure on the faculty happened on the heels of “what I think a lot of us felt was a disappointing statement from the (previous) dean in response to the death of George Floyd.” (Floyd, a Black man, was killed in May while in police custody in Minneapolis.)

In response to the students’ campaign, the faculty issued a statement on Friday announcing it would create a diversity and equity office staffed by a new equity officer and hire eight students to participate in the committee’s work. Interim dean Robert Wright also addressed new internal resources and steps towards “decolonizing our curriculum,” he said in the statement, sent in advance of posting to Canada’s National Observer.

“If we practise our disciplines without consideration of structural inequity, we risk perpetuating unfairness by permanently encoding it into the fabric of the environments in which we live and work,” he said.

Only one of 88 core faculty members identifies as Black, and two as Indigenous, the letter says, and urges the hiring of another three Black and two Indigenous tenure-track faculty across undergraduate and graduate program streams. Students are also asking for a revamped curriculum that includes new courses to study the contributions of racialized architects, and for more funding opportunities geared to students who identify as Black, Indigenous and people of colour.

Clara James, a fourth-year architecture student and one of the campaign leaders, also founded Black Students at Daniels to create a network of “people that you could relate to,” she said. “I was very uncomfortable … not being able to see a lot of other students, Black students, and also Black professors, or even learn about anything that had to do with Black people contributing to architecture and design,” she said.

The architecture profession has long been under scrutiny for a lack of diversity also reflected in academia. It prompted Chris Daemmrich, a U.S. architectural designer, advocate and former master student at Tulane University in New Orleans, to create the Tu White School of Architecture, a web resource for action “against white supremacy in design education and practice.”

Students call for better diversity & equity initiatives at U of T architecture faculty. “I think that’s a big disappointment…and it’s also hurting the future of this field, that we’re not having these discussions,” said grad student Alex Sheinbaum.

At U of T, the faculty attempted to tackle equity issues in 2015 when it established the Daniels Diversity and Equity Committee and committed to 133 recommendations, including those of the Truth and Reconciliation Commission. But only a handful have been addressed of yet, said Alex Sheinbaum, a second-year master of landscape architecture student, who analyzed the data in a move to increase accountability at the faculty.

“I think that’s a big disappointment … and it’s also hurting the future of this field, that we’re not having these discussions,” she said.

An important demand of the Daniels Do Better campaign was to bring in new voices and perspectives, especially those of students, to the administration, said Randa Omar, president of the architecture student union and an undergrad heading into her fourth year. “If it's the same people who are currently on the faculty, who suddenly have to put on new ‘lenses’ and get this new knowledge, that's not going to happen in a couple months,” she said.

The upcoming diversity office could address this recommendation, but hiring tenure-track faculty to fill this gap will be the university’s long-term plan, dean Wright said, though it is working to create anti-bias hiring protocols now.