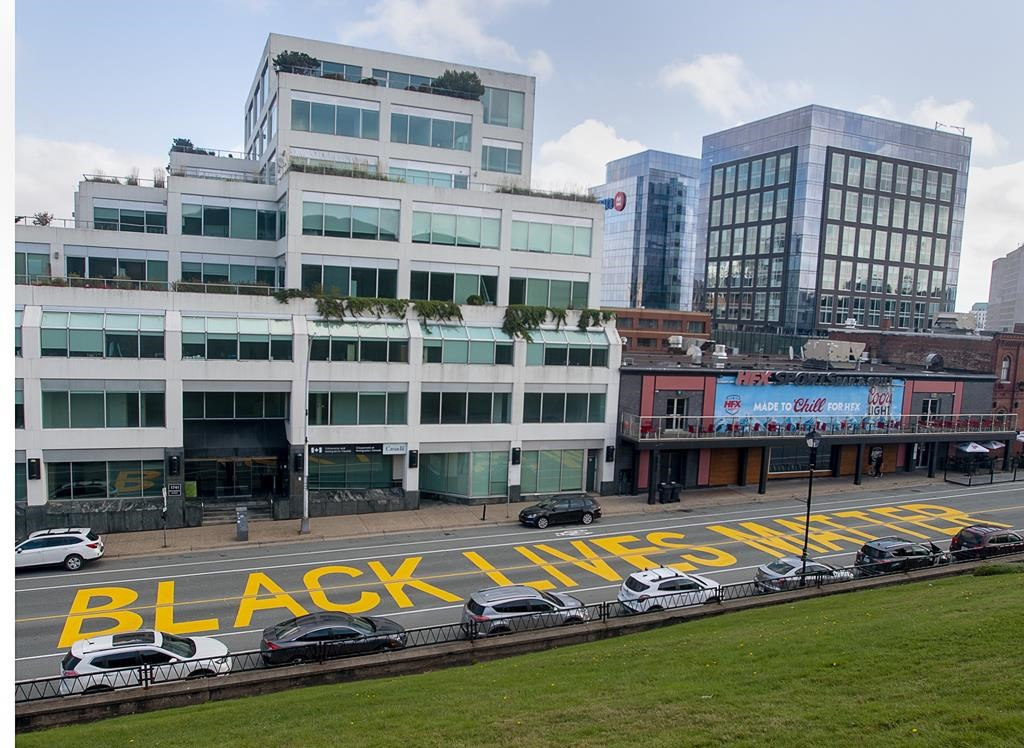 A Black Lives Matter mural, one of two painted by the city of Halifax on downtown streets. Photo by The Canadian Press/Andrew Vaughan
Previous story
Next story

Nova Scotia Premier Stephen McNeil apologized Tuesday to Black and Indigenous Nova Scotians for systemic racism in the province's justice system, and said the government is committed to reform.

Institutions such as the police and the courts have failed Black and Indigenous people, McNeil told a gathering at a YMCA in downtown Halifax.

He apologized for the harm, trauma and pain he said many Nova Scotians have endured over generations. "I see you, I hear you, I believe you and I am sorry."

The premier described the humiliating "lived reality" of Black mothers warning their sons to be fearful of police officers.

"We are sorry to young Nova Scotians, to adults, families and their ancestors, who have been failed by racist institutions and systems," he said. "I can’t take away your pain. I can’t bring back lost opportunities or lives."

The Black Lives Matter movement in Nova Scotia and around the world, he said, has highlighted the systemic failures that have resulted from relying on law enforcement for public safety.

McNeil said he is putting together a restorative justice team composed of members of Black and Indigenous communities, as well as members of government and the police, to work on ways to reform the justice system.

He said the restorative justice team will look beyond policing. It will analyze the jail system, the judiciary and other aspects of the justice system, he said, adding it will also consider the social issues underlying the criminalization of Black and Indigenous communities.

"We are graduating more African Nova Scotian and Indigenous people than ever in our history," McNeil said, "but we're not attaching them to the workforce. Something's wrong. There's an inequity we cannot let stand."

McNeil's apology and his call for reform follow a public apology by the Halifax police chief last November regarding street checks -- random police stops during which officers collect information from people.

Chief Dan Kinsella's statements were in response to findings from a 2019 study by criminologist Scot Wortley, whose research indicated Black citizens were five times more likely to be stopped by police than white citizens.

Nova Scotia Premier Stephen McNeil apologized on Tuesday, September 29, 2020, to Black and Indigenous Nova Scotians for systemic racism in the province's justice system, and said the government is committed to reform.

The restorative justice team includes Julia Cecchetto, the chief of police in Kentville, N.S., who said Tuesday, "as police we have heard the call from cities and communities in Nova Scotia that it's time for change and we know it's time for us to show up and have the hard conversations."

Kate MacDonald, an activist with the African Nova Scotian community, said she joined the restorative process because she believes deep changes are needed.

"Policing was born with racism as its backbone, so we need to re-create something with a new backbone, born out of something else," she said Tuesday.

"I am hoping this process involves reparations ... because there is a lot of mistrust between African Nova Scotian communities and the police and the justice system."

While Wortley's report on street checks has been the driving force behind the apologies, members of Nova Scotia's black point to a long history of racism in the province's justice system.

Racist incidents include the case of Viola Desmond, a Black businesswoman who on Nov. 8, 1946, was arrested and jailed after sitting in the white section of the New Glasgow, N.S., movie theatre.

There was also the April 12, 1998, "driving while black" arrest of professional boxer Kirk Johnson.

Johnson was pursued by police and his car was towed after an officer wasn't satisfied by the documents offered. A board of inquiry ruled in 2003 that Johnson's treatment was a violation of his human rights. The board called for a study of the way police conduct traffic stops, but that recommendation was never carried out.

The premier said the team is to carry out its work over the next 12-18 months.