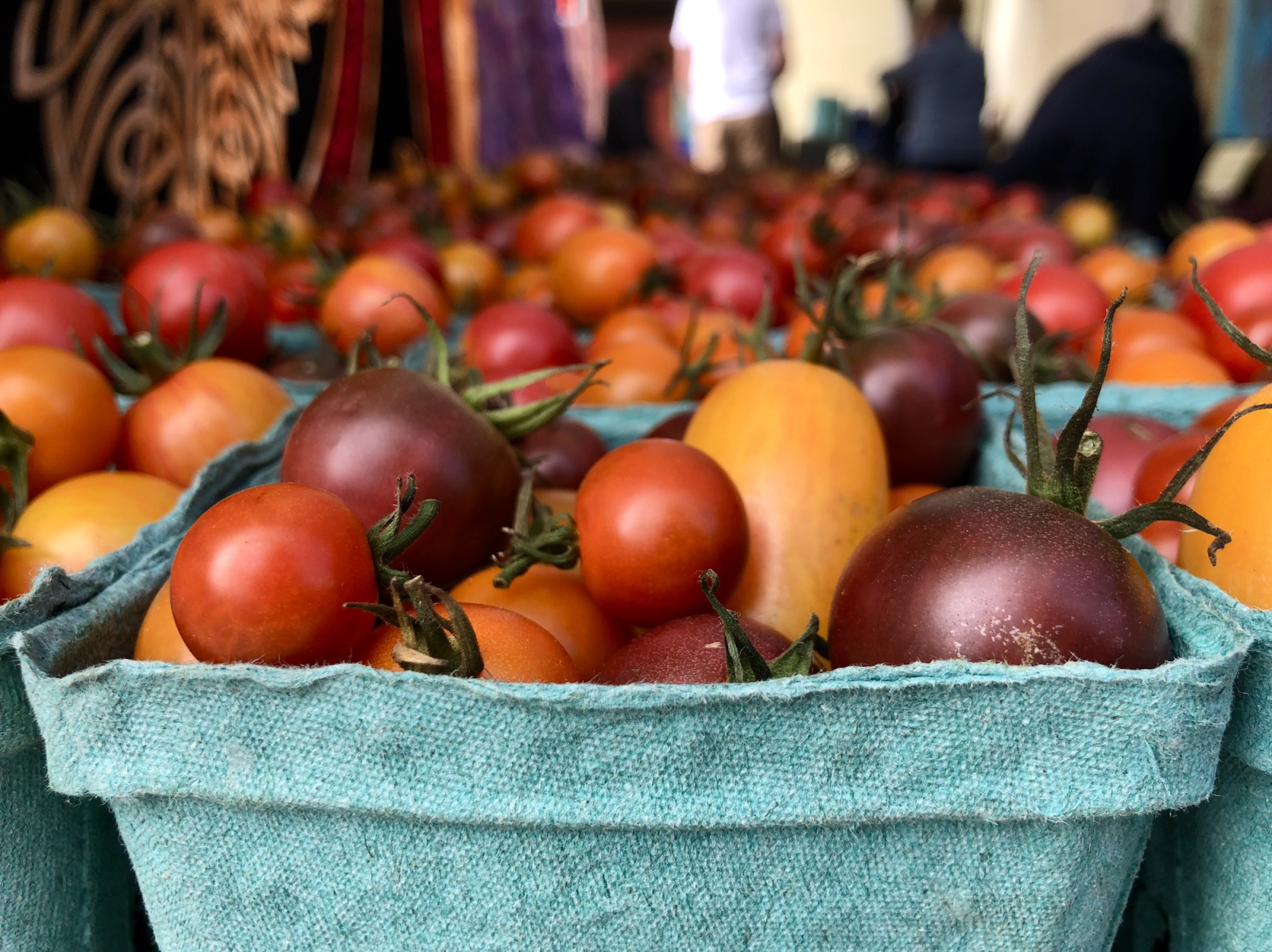 Summer harvests quieted fears about food shortages that arose early in the pandemic, but the crisis exposed cracks in B.C.'s food systems. With a week to go before the election, here's what the parties are saying about food. Photo by Marc Fawcett-Atkinson
Previous story

The barren grocery store shelves that marked the first weeks of the COVID-19 pandemic made many Canadians think hard about where their food comes from.

The shortage exposed cracks in how we produce, transport and distribute our food — problems that aren’t going away, even though food systems have receded from public debate since the spring.

B.C. imports roughly 60 per cent of its produce from the United States. Agricultural land is still too expensive for young people entering the industry. Climate change still threatens to transform the water supplies and land available for farming both in B.C. and farther afield.

And in June, Statistics Canada reported that almost 15 per cent of Canadians have struggled with hunger since the crisis started — four per cent more than in 2018, with children particularly at risk.

So, in the last week ahead of a provincial election, what promises have the three major parties made on the future of B.C.'s food?

Only five per cent of B.C. is arable land, and most of it is protected from non-agricultural development as part of the Agricultural Land Reserve (ALR). Established between 1974 and 1976, the reserve has been as controversial as it has been important to supporting local agriculture.

With farmland prices in the Lower Mainland ranging between $120,000 to $840,000 per hectare — too expensive for many farmers to afford — debate over the ALR’s future remains pressing.

Land use is the most urgent issue for the ALR, and the parties vary significantly on the issue. The B.C. Greens would expand the area of the ALR under cultivation (only about 50 per cent of the land is currently being used for crops) and prioritize agro-ecological farming techniques. They also plan on creating a land bank to help new farmers access land more easily, providing supports to help farmers enter the industry and helping the industry adapt to climate change.

Meanwhile, the NDP plans on increasing the use of technology and agri-tech on B.C. farms and ALR land, a proposal that proved controversial earlier this year over concerns about corporate ownership, agri-tech sustainability and appropriate use of the land reserve.

In the last week of the B.C. election, what promises have the three major parties made on the future of the province's food? #bcpoli #BCelxn2020

The Liberals take a different approach altogether, promising to implement an anti-trespassing act, a move that’s proved controversial in other provinces, and allowing owners of ALR land to build second homes on their properties. That’s a controversial issue, with many in the Lower Mainland concerned that it will open the door to residential development on agricultural land.

Salmon features in all of the parties’ platforms, and with good reason: sockeye returns on the Fraser hit record lows this year and last. Meanwhile, stocks across the province have declined drastically over the past 20 years, threatening many First Nations' access to the culturally important fish, and their food security, and impacting the commercial salmon fleet.

The NDP promises it will build on previous work with the federal government and First Nations in the Broughton Archipelago to eliminate open-pen fish farms and revitalize B.C.’s wild salmon. It'll also develop a new plan for the coast aimed at protecting coastal environments while supporting coastal economies.

The NDP's plans are vague, if still more specific than those of the Liberals. If elected, the party plans on appointing a minister of fisheries and coastlines — a role that's currently performed by the ministry of agriculture — and “adopt(ing) robust salmon and steelhead (trout) conversation measures.”

In contrast, the Greens’ plan outlines several steps, both to protect salmon and coastal ecosystems and to support coastal economies. Moving fish farms to land-based enclosures features prominently in the party’s fisheries plan, as does implementing recommendations by the province’s Wild Salmon Advisory Council and the Cohen Commission to save the species.

Both the Greens and the NDP emphasize their plans would be developed in partnership with First Nations in the province.

Roughly half a million British Columbians went hungry before the pandemic, and the crisis has likely only made the problem worse.

In June, Statistics Canada reported that one in seven Canadians struggled with hunger during the previous month — a four per cent increase over 2018. Children were particularly at risk: about 20 per cent of Canadian households with children struggle with food insecurity.

Helping schools keep their students fed (and not stigmatized for eating school food) is the top item on the Greens’ education platform.

And it’s not the only time they talk about hunger: in addition to supporting income security — key to reducing hunger — the party’s platform promises to help low-income British Columbians access healthy, quality food in ways that meet local needs and conditions. These programs would also be designed in partnership with First Nations to “honour Indigenous knowledge and values.”

Meanwhile, the NDP has promised to increase supports for food banks and partnerships between grocery stores and food charities. That’s not an ideal long-term solution, yet remains critical for those in need. The party also promised to implement school meal programs adapted to each region’s needs, with a focus on helping schools purchase ingredients locally. The party has also promised to temporarily extend emergency benefits for workers and people on disability and income assistance.

The Liberals mention hunger once, promising to help redirect food waste from landfills to those in need. Removing the provincial sales tax is the party’s key economic support measure; however, the tax does not apply to food.

Since the NDP took power 40

Since the NDP took power 40 months ago, they've logged a million acres of old growth, drastically affecting hydrology and environmental flow in creeks and rivers and releasing untold amounts of carbon into the atmosphere. Increasing temperatures with climate change severely impacts already struggling salmon populations: but they sure talk a good story about salmon restoration!! No wonder anyone concerned with the environment is leaving the NDP.